We don’t have a fake news problem, we have a reality problem

If the marriage between technology and the democratisation of information was meant to liberate the world, freedom has come at a strange cost: our perception of reality. Everything is a lie. Nothing is real. Behavioural economist, Nicole Matejic examines what happens when reality starts to feel like bizarro-world.

The term ‘fake news’ has become the ultimate sledge against inconvenient truths and a narrative equaliser in the war being fought for your on and offline perceptions. With global trust in crisis, the social media echo chamber is in a perpetual state of spin as facts are traded for fiction and rationality has fallen out of vogue.

Instead of reflecting the world as it exists, we consume news and information through a funnelled prism that reframes our outlook from real to fake. The politics of fear, the reinforcement of unconscious bias and the constant denigration of scientific evidence have made us more sceptical of the truth, and who is sharing that truth, than ever before.

Never before in the history of mankind has information been so plentiful, yet so many remain starved of the truth.

Take a look at the kaleidoscope of indifference served to you on a daily basis; that celebrity isn’t ‘perfect’ without an abundance of filters, lighting, surgery and Photoshop. Television is littered with ‘reality’ programs that are about as far from reality as you could possibly manufacture; and yet they provide viewers with a voyeuristic self-esteem boost as the vox popouli criticise and judge complete strangers like it’s a #TwitterSport. The internet has spawned a crisis of public consciousness as trolls, bots and algorithms bid for your attention – making social media in fact, far less social but far more profitable.

The news media has become a 24/7 chronicle of all that is wrong with the world. Murder, wars, poverty, starvation, abject violence, terrorism – the list is endless. Look closer still and there is a plethora of ‘soft content’ promoted through your preferred news channel that doesn’t even fit the definition of ‘news’ at all.

If you feel like you’re in a perpetual state of deja vu with the news you consume and the images you see – it’s because you are. News is now recycled faster and more efficiently than any other product on the planet. Once it has lost its proximal and noteworthy edge, it becomes a content filler before being archived in the annals of Google ready to be resurrected, reframed and republished at a clicks notice.

The most profound example of the global social media echo chamber, is perhaps Instagram where of the ten most influential accounts on the social network, 5 are Kardashians. In any other marketplace, that would be called a monopoly. Yet within the double tapping instaworld, their success is lauded as the epitome of the modern-day-American dream.

Retired United States Marine LTCOL Cliff Gilmore perhaps explains it best when he says “We are served what we order off a (media) menu we write for ourselves — then we gobble up heaping portions and ask for seconds as it runs down our chins”.

Or perhaps it was cartoonist Walt Kelly that said it best, via his infamous comic-strip character, Pogo: “We have met the enemy and he is us.” If we are then the cause of the information devolution we find ourselves in; it stands to reason we must also be the solution. If a population’s drinking water was contaminated, the public outcry would be deafening – and people would hold their Government to account. Yet when our information is contaminated, why do we do nothing but continue to drink from the poisoned well?

During times of uncertainty – people want to believe. Above all – people want to fit in. When rationality falls out of favour, as is the case with the ‘fake news’ epidemic, resisting the status quo becomes an inherently difficult challenge for the individual. The renegades in our midst become somewhat of an endangered species – as their opposing views are quickly denigrated, trolled and steam rolled through the echo chamber.

“In a society that profits from your self doubt, liking yourself is a rebellious act” – unknown.

Breaking out of that hive mentality takes courage and without such evolutionary change, we risk becoming a hive of technologically connected communities with near absolute cognitive dissonance toward truth and reality.

Instead of challenging the status quo, we’ve formed patterns of learned helplessness while entire generations now look at life through a Truman Show-esque lens that’s been constructed around us.

In a cognitive showdown between reality and a manufactured existence how do you feel about being cast as Truman Burbank in a manufactured information terrain that has been geared for profit?

Are you ambivalent to the truth in favour of life inside your comfort zone?

Or are you ready to open the exit door to see what really lies beyond the global sound stage you’ve found yourself on? 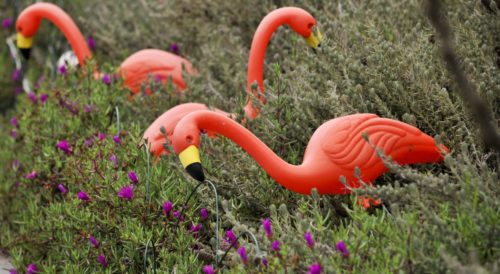