So most of the UK is still reeling from a ‘shock’ election result. The pollsters, the media, the soundbites… nobody saw it coming. Except it wasn’t a shock – in 86 years we’ve only seen one election-winning PM have a single term in office. In about 200 years we’ve only seen two formal coalitions – the last coalition was a blip, not a trend.

The more perplexing thing is, why do the people who need the government the most vote the least?

But as the Volvo drivers of the world unite, the UK election result reflects a wider theme.

Given that the historical odds it was barely a win for the Conservatives. In the past, even unpopular Conservatives have pulled off landslides, but the current crop could barely manage to grab a handful of gravel.

The Right is the New Black

So the UK election shouldn’t have been a surprise because we are currently seeing a renaissance in right wing politics globally. Right wing governments are literally all the rage as being The Right is the new black, which is ironic.

Economically speaking Conservatism is neoliberalism – and it’s growing with media consolidation around the world. This is why conservative governments favour the deregulation of that very same media that increasingly backs them.

So its win; win for them, lose; lose for everyone else.

Take Australia – with that famous humanitarian Tony Abbott at the helm. Two giant neoliberal media corporations control 97% of the TV and press. The result? One of the lowest press freedom ratings in the Western World.

Canada’s private media hasn’t fared any better with 7 corporations owning 99% of the newspapers.

So is the UK the exception? No. The Tories are going to war with the BBC whilst facilitating the largest consolidation in UK media history by allowing Newscorp to own Sky.

You remember Newscorp? The company that taps the phones of murdered children, get’s caught red handed and yet, miraculously, nobody goes to jail. Those guys must owe David Cameron a favour… But how could they ever repay him? I mean, I guess they could do some investigative reporting and uncover some big flaws in the policy of Conservative opponents. Or they could go lowest common denominator and use an emotive tactical assault and by persistently printing a picture of Ed Milliband awkwardly eating a bacon sandwich. Job done.

The other reason we shouldn’t be surprised at the intergenerational standoff in the election result is the new slacktivism. Ramming newsfeeds with anti-tory content for weeks prior to the election isn’t actually voting. What did we do before mobile phones? Well a whole generation didn’t flake on an election.

If you are over 55 and bore people about your house price then you are most likely a British Conservative and twice as likely to vote than a 35 who leans more liberal and priced out of housing. So why do young people vote the least? In a world where tax returns, bank accounts, passports are all online…the 300 year old voting isn’t? Is it because the system is designed to exclude those who need government the most, and might lean too far left? Good question.

Yes the boomer generation holds most of the wealth, all of the houses and much of the voting power but the practical reality is this. Over the next 20 years they are about to experience a demographic collapse. Globally this is their last hurrah. And as the silver tsunami crashes the political power will shift back to those who need it most. Which given how far to the right we’re going, means we’ll still be somewhere around the centre by the end of it.

But that isn’t a reason for complacency. Nor is it a reason to continue to buy what the neoliberal press sells. They have scant regard for the damage that lowest common denominator journalism does to future generations. So start voting, stop texting and remember eating a bacon sandwich is just right wing spin, stealing your lunch is right wing policy. 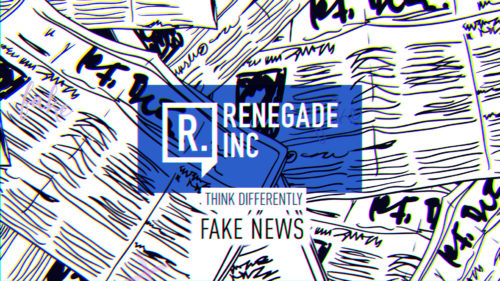