The NHS was the first universal healthcare system established in the world, but has fast become a political football shaped by the governing parties’ economic beliefs.

It is now time to ask different questions about the NHS. Is universal healthcare just too important to be politicised? And do the British people really want a healthcare system that is held hostage by the profit motive?

Just another day in the NHS

NHS patient, Janet Butler felt unwell one day and went to her local hospital, presenting with jaundice and was told by doctors to go home because no beds were available.

After being admitted to another hospital, she was diagnosed with incurable pancreatic cancer “that is sprayed all up the blood vessels.”

“I think it’s nearly three months later, I’ve had no chemo. I’ve got a stent put in my kidney, and I’m still waiting.”

“It just makes me feel angry because I’ve never been ill like this before,” Butler said. “This is the first time anything like this has happened to me. And I just think, ‘I’m paying for this. I work and I pay for this and I still can’t even get into a hospital.”

Medical experts told Renegade Inc this is an almost every day occurrence in Britain’s public health system which is slowly-but-surely being privatised by stealth.

Butler’s doctor, Dr Bob Gill, campaigner and producer of the documentary The Great NHS Heist told Renegade Inc that her doctors and nurses won’t speak up for her because they are scared of losing their jobs.

“They actually tell the patients ‘you need to say something because nothing will get done for you otherwise’,” says Dr Gill. “But they they could lose their jobs for getting involved so they are telling patients to speak for themselves.”

Dr Gill told Renegade Inc that it took three attempts to get Janet admitted, though “she was as yellow as a canary”, feeling sick and being told by doctors there are no beds.

“Then other doctors come along and say ‘well you’re fit enough to go home’. This is absolutely disgraceful in my view,” he said.

Dr Gill says he could not imagine when he was a junior doctor in hospital that he would ever be put in a situation where he would have to turn away sick people.

“Not only that but Janet’s medical history was clear. A medical student will tell you this woman needs to be admitted. But the word came from higher up. There’s no bed. Get her out. So I am faced with on a weekly basis, patients of mine not being able to access urgent care. It is very demoralising.

“Either I sit back and say nothing or I try and speak out. Janet is extremely brave”.

Dr Gill says he has asked many of his patients to go public but not only are they fearful of their health, they’re fearful of repercussions.

“They’re afraid that their kids might get even worse treatment when their time comes. The other point he makes is staff are terrified of raising alarm bells. And we’ve spoken to many whistleblowers over the two three years I’ve been campaigning. There’s a recurrent theme. You have to weigh up losing your career losing your livelihood or doing the right thing for the patient. And most choose to protect the career.”

The NHS was the first universal healthcare system established in the world. The founding principle was simple, comprehensive, universal healthcare that is free at the point of delivery. Predictably, the NHS quickly became a political football shaped by the governing party’s economic beliefs.

“From 1979 onwards, (the dawn of British neo-liberalism), the NHS has been progressively fragmented, sold off and undermined,” she said.

“Staff have lost their professional autonomy and we now come to the final stages of privatisation where The 2012 Health and Social Care Act essentially reduces NHS to a logo,” she said.

Dr Gill told Renegade Inc that the NHS is being “engineered to collapse”.

“Services are overstretched. We’ve got the lowest number of doctors per head of population in Europe. Similarly we have very low bed numbers and I’m struggling daily to get my patients admitted to hospital. It is very dangerous. It’s very dispiriting for the staff and we’re having an exodus of doctors.”

Dr Gangoli says this is very much by design.

“This is no accident,” she said. “Not only are they being forced into situations which they feel are potentially dangerous for patients, they compromise their professional integrity occasionally by having to deliver what they see as substandard care.

The competency and authority of British doctors has also been undermined through various pieces of legislation brought in during the late 2000s.

“It was said by a secretary of state that they wanted an NHS filled with doctors fit for purpose,” Dr Gangoli said. “Doctors at that point ceased to be whole professionals and became a set of competencies. So you have to have competency signed off each year it doesn’t matter what level of seniority you are.” 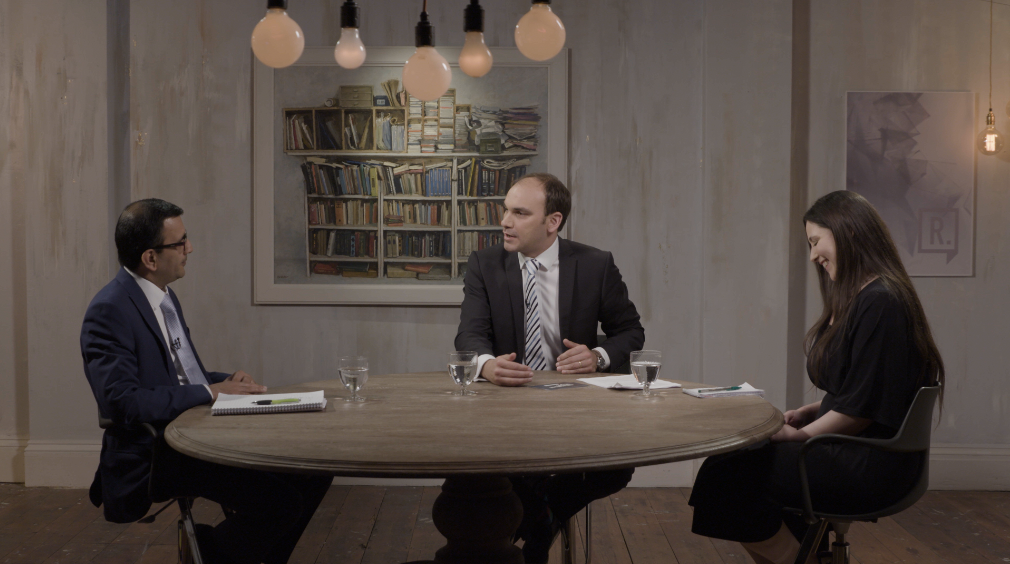 This not only creates disillusionment, it creates stress because very often these annual appraisals are used to intimidate people who have for example reported problems in their personal lives.

“It creates a paper trail so that people can be scrutinized, in case anything should occur laer on” she said.

“If you want to build a compliant workforce the best way to do that is to demoralize that workforce. And what better way to do that than to constantly make them feel that they are not and cannot do a good job.”

Watch the video above to find out the full impact that privatisation is having on the NHS and the health outcomes of Britain’s population.