What we know now

What you need to know

Things are not at all what they seem, and it’s not different this time, nor will it be different next time—it’s never different.

The credit crisis, which began in 2008, was the result of too much private and public debt, too much credit and too much leverage. After the crisis began, Alan Greenspan, the previous Federal Reserve Chairman, stated that the “systemic fraud” that was committed across the banking system helped worsen the crisis. Fast forward to December 2017 and the levels of debt, credit, and leverage in most markets exceed 2008’s pre-crisis highs.

Bet the ranch on it. Have central banks eliminated volatility? No chance! Central banks have inflated gargantuan hyper-inflation asset bubbles in select asset classes.  Just take a look at bubbles in the art market. A Van Gogh recently sold for $81.3 million, which was not a bad price, but Christie’s just sold Leonardo da Vinci’s Salvator Mundi for a record $450.3 million. This is hyper-inflation at its best.

The same hyper-inflation is occurring in the property market as well. In 2015, Saudi Arabia’s Crown Prince Bin Salman purchased the Chateau Louis XIV, the 54,000 square foot palace near Versailles, for a paltry $301 million. Now, select properties in London, Hong Kong, Singapore, Bel Air, Los Angeles, Florida and New York have homes and apartments listed well above the $200 million-dollar price point. The winner is the Odeon Tower penthouse in Monaco, which is selling for $440 million.

A key driver behind these property price surges in Asia, the United Kingdom and the USA is that many of these expensive flats and homes are investment vehicles designed specifically to launder money and evade taxes. But, per the non-elected ex-Goldman Sachs officials running the world’s largest casinos — the Federal Reserve, the European Central Bank, the Swiss National Bank, the Bank of Japan, the Bank of England and the Bank of China — “There is no global inflation.” Which is a bold-faced lie!

Albert Einstein said, “Insanity is doing the same thing over and over and expecting to achieve a different result.” Just like the great financial crisis of 2008, no one is paying attention to the asset bubbles in our pre-recessionary global economy. What have we, or our regulators, learned from the credit crisis of 2008? Apparently, absolutely nothing. In fact, the only thing that we have witnessed is the .001% getting richer, the extinction of the middle class and the poor getting poorer.

Just like the great financial crisis of 2008, no one is paying attention to the asset bubbles in our pre-recessionary global economy.

The wealth inequality gap has widened to epic proportions. Consumer credit and total debt have expanded to the point that another crisis is imminent. Why aren’t people worried? Because it’s expected that our omnipotent central bankers will, once again, print unlimited amounts of money and offer infinite bailouts to insolvents. What could possibly go wrong?

When things go terribly wrong, politicians and central bankers always look to place the blame squarely on anyone or anything other than their policy failures. The UK poured petrol on the blaze by implementing misguided austerity measures which decimated the middle class.  Those in power can never be responsible for our countries’ problems. When the next crisis happens, those in power will blame Putin, the Russians or — in the case of the UK — Brexit, of course!

When things go terribly wrong, politicians and central bankers always look to place the blame squarely on anyone or anything other than their policy failures.

They fooled you once; they fooled you twice—don’t let them fool you again! We need to rein in all of the central banks. If not, these bubbles will pop and banks will fail. Of course, the central bankers and politicians will claim “no one could have predicted this”, but it is completely predictable simply by looking at the reckless amounts of debt; low productivity; skyrocketing, housing, tuition, and medical costs; stagnant wages, and massive asset bubbles that are the result of failed policies pushed by the central banks.

As dark storm clouds assemble and begin to roll in over the economy and the Federal Reserve starts priming up its printing presses, remember what and whom got us into this mess last time.  Don’t buy into the VERY fake news media and “deep state” strategy: pump, dump and blame the next credit crisis entirely on Donald Trump. It’s time to hold the central banks responsible for policy misdeeds. 2018 is the time to protect yourselves and your family’s assets.

And now we get to bitcoin. It makes sense for investors to diversify to protect themselves. My preference is physical gold and silver, but many have gone into cryptocurrencies. Bitcoin is a highly volatile instrument, and perhaps it’s a bubble; but even if it is, the price can go much higher.

You need to protect your assets because, sadly, no one else will. It’s different this time all right—and you have been warned. 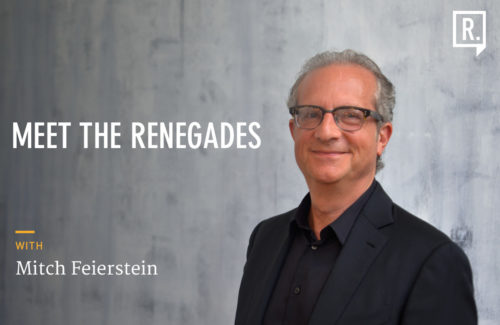