RBS- Do the right thing – Give me a bucket

You wouldn’t know it from the conduct of its staff, but one of RBS’ four ‘core values’ is ‘do the right thing’.  Of course, the second part of that sentence contains a silent question: ‘do the right thing… for whom?’ (The answer being, ‘for the bank, of course’).

You’d be forgiven if this key tenet slipped your mind. Even the bank’s own CEO couldn’t say what it was during one of the most important moments of his career: testifying before the Treasury Select Committee’s inquiry into RBS’ global restructuring group and its treatment of SMEs.

When quizzed by Chair, Nicky Morgan, RBS chief executive, Ross McEwen made it through three of four tenets before coming up stumped:

“We have four core values,” he said. ”First, customer service as primary, and we’re talking about that very clearly today,” he said. “The other one is actually working well together… because as banks our traditional view was they ran at various silos. The next was just thinking long-term and with regards to how the organisation thinks about its customers. And, as you’ve got me on the spot, I’m struggling with the fourth one, but it was around how did we work together and how did we think about this bank’s long-term focus…?”

(Note how he begins to slip into past tense). Morgan interjected to remind the chairman: “The fourth value is ‘do the right thing’.” (File that in the trash along with Google’s ‘don’t be evil’).

You can only imagine how seriously this value was taken by staff. Staff who deliberately mis-sold business loans and tricked its clients into moving into its Global Restructure Group, where businesses would be stripped for their parts before being forced into bankruptcy. Staff who falsified documents and forged customer signatures. Staff who used tricky accounting to hide how much trouble the bank was really in, and then used legal jargon to lie under oath, lie to the government which is a 70% stakeholder in the bank, and  lie to its customers so GRG could generate 1.2 billion pounds in profit in a single year, making approximately 89,000 pounds per minute, clawing back the money it lost to dodgy derivatives trading up to and after the 2008 financial crisis.

GRG was advertised as a life support unit for struggling businesses. In reality, it was an abattoir. On the 30th of October McEwen said that the turnaround obligations inferred or implied by GRG do not in fact exist.  By McEwen’s own admission, GRG has no turnaround or recovery objective.

McEwen was adamant RBS had won back the trust of its customers. But if it doesn’t suit the banks’ balance sheet, well… tough.

“There are many things we just did not get right, but the organisation I tried to lead was one that actually is trying to rebuild trust, focusing on the customer,” he testified. “But in every recovery situation, there are times when that recovery may well mean that the best decision is not to put any more money in, and unfortunately let that customers business fold over. That’s the conflict that you get.”

“But there is an absolute conflict between these when there is a difficulty with the business, and we accept that. And also one of the things you find here is that the conflicts were not well managed within GRG in many cases.”

Sir Howard Davies, Chairman of RBS said that from the board’s perspective, banking staff are taking the company’s four values very seriously.  He was so confident it had regained the trust of its customers that it suppressed a Banking Standards Board survey about the culture of RBS. Davies claimed the report was not designed for publication, but this conflicts with comments by the Chief Executive of the Banking Standards Board who said it is up to the individual banks to publish the survey in full, or at least include a summary on their websites.

This is a company that acquired 3 billion pounds of assets and equity acquired from customers whose businesses would still be operating were it not for the behaviour of the bank, and then only set aside 300 million in compensation. If RBS were really committed to customer service and ‘turning around’ its culture, it would match every dollar and every pound it stole from SME customers. Even then it won’t be enough to make up for the suicides, the cancers, the heart-attacks and the broken families that lost everything to the largest theft anywhere, ever.

Until such time as that occurs and RBS is prosecuted, ‘do the right thing’ will continue to be an optional suggestion.

Watch our latest episode on RBS – ‘The Hillsborough of British Business’ below: 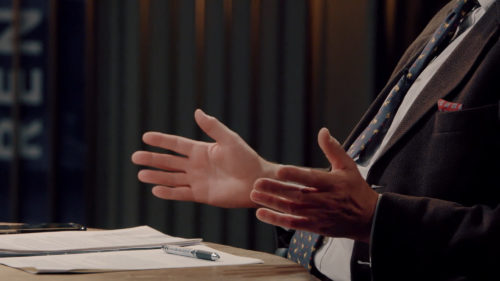 The State Of British Banking