The Future Of Economics

Economics is a divided and lost discipline. Renegade economist Professor Steve Keen says pretending everything is okay is choking off paths for understanding how the economy works and should work. At the beginning of the Millennium, economics was triumphant. George W Bush’s economic advisor Ed Lazear published a paper entitled “Economic Imperialism”, in which argued that economics was the only true Social Science, and could and should supplant its academic neighbours. The President of the American Economic Association Robert Lucas declared that “macroeconomics … has succeeded: its central problem of depression prevention has been solved”.

Then the “Global Financial Crisis” hit in late 2007, catching leading economists and policy bodies like the OECD completely by surprise.

A decade later, economics is a divided and lost discipline. Some economists, like ex-Bank of England Monetary Policy Committee member David Miles, excuse the failure to anticipate the crisis on the basis that this was caused by an unpredictable random shock: “Any criticism of economics that rests on its failure to predict the crisis is no more plausible than the idea that statistical theory needs to be rewritten because mathematicians have a poor record at predicting winning lottery ticket numbers”, he wrote (David Miles, “Andy Haldane is wrong: there is no crisis in economics”, Financial Times, January 12 2017).

But others, like his US counterpart Narayana Kocherlakota, President of the Minneapolis Federal Reserve from 2009-2015, argue that both the crisis and the prolonged slow recovery from it show that economics is in crisis, because economists “simply do not have a settled successful theory of the macroeconomy”. Echoing the demands of the “Rethinking Economics” student movement that began in Manchester, Kocherlakota called for a plurality of approaches to economics to be developed: pretending that everything is OK with economics, he said, is “choking off paths for understanding the macroeconomy.”

I side firmly with Kocherlokota and the Rethinking Economics student movement: economics is in need of serious change. But this is unlikely to come from within the academic discipline itself. The 2008 crisis simply exposed flaws in the dominant approach to economics that critics like myself have been pointing out for decades. Our criticisms were ignored by the mainstream, but they were valid then, and remain valid today. It took the economic crisis to make this obvious to the general public.

The mainstream approach to economics treats capitalism as inherently stable, and builds models of the economy that ignore the existence of banks, debt and money. It’s no wonder they didn’t see the crisis coming. Only after the crisis have they started to tack a financial sector onto their models, but these still start from the presumption that the economy is inherently stable.

In a way economists are just being human: as Max Planck found out in the late 19th century when he tried to persuade his contemporaries in physics to accept quantum mechanics, it’s near impossible for someone raised in a given intellectual framework—in his case, Maxwell’s model of electro-magnetism—to adopt a radically different one, even if it is manifestly better at explaining reality. “Science”, he lamented, “progresses one funeral at a time”.

Funerals alone aren’t enough in economics however, because the academic discipline is uniquely shielded from the real world. Without controlled experiments that can flatly contradict a superficially appealing theory, the discipline continues to promulgate its beliefs, regardless of its manifest real-world failures. Critical students are normally repelled from the subject; compliant ones go on to be future Professors of Economics (with some notable exceptions).

In the 21st century, it is no longer necessary to make 19th century assumptions about equilibrium, or to ignore money when modelling the economy. Models of the economy that make neither of these assumptions—in particular, those built by the late Wynne Godley, or informed by Hyman Minsky’s “Financial Instability Hypothesis”—warned that a crisis was inevitable, simply by showing that trends in private sector indebtedness were unsustainable.

There is a vibrant community of non-mainstream economists continuing Minsky’s and Godley’s work, but they labour at low-ranked Universities with very limited research funding, because the mainstream dominates the top-ranked ones and disparages rival approaches. Change will have to come from outside academia, since Central Banks, Treasuries and business cannot afford the luxury of following fantasy theories of the real world. The rebels, amongst student movements and inside Central Banks, deserve the public’s support.

This piece was originally published on Patreon and reproduced with permission of the author. Support Renegade economics for as little as $1 a month. 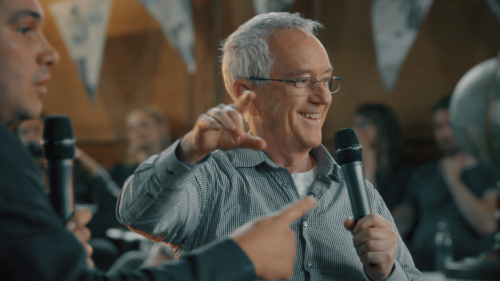