A Universal Basic Income is capitulation to capitalism

In an era of rising inequality and rapid technological change, a Universal Basic Income (UBI) seems to many a worthy solution to the rampant unemployment and underemployment gripping the developed world.

A UBI works as an unconditional payment for all working adults, regardless of age, ability, gender, skills or employment status, so that they can continue to consume even while jobs disappear.

While sovereign governments (those that issue their own currency) can certainly afford a UBI, simply throwing money at a problem, instead of addressing its root cause presents serious concerns.

Firstly, it ignores overwhelming psychological evidence regarding the impact employment has on our physical and mental wellbeing.

We derive our sense of self-worth from work. It is where we meet many of our friends, partners. Income replacement does not sufficiently offset the impacts of involuntary unemployment.

Second, a UBI is designed to work as a partial or complete substitute for existing welfare and social security programs. 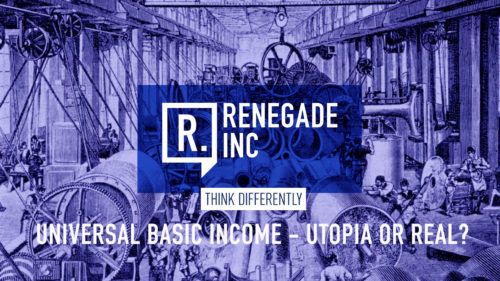 It was only a matter of years ago politicians were railing against handouts. But former tech executive, and Presidential candidate, Andrew Yang told the New York times that a UBI is necessary for capitalism to continue.

If the Silicon Valley suite love the idea, you can bet your socks it’s one that works against the interests of most people.

Here are four reasons why a UBI is a bad idea:

1. A UBI is a smokescreen for the destruction of the social safety net

The godfather of neoliberalism himself, Milton Friedman, argued in his book Capitalism and Freedom that a UBI is an efficient way to eliminate and privatise public sector programs including welfare, social security, the minimum wage, public health, housing, hospitals, pensions and aged-care.

“If enacted as a substitute for the present rag-bag of measures directed at the same end, the total administrative burden would surely be reduced,” he wrote.

Paying out of pocket for things once provided by the public sector means it is not a Universal Basic Income at all, but a poor tax by another name.

2. A UBI has the potential to further drive down wages

Some advocates claim a UBI empowers workers to reject jobs with insufficient compensation. To the contrary, a UBI that covers the cost of living creates zero incentive for employers to provide wages that do the same and encourages the continuation of outsourcing.

Economist, Ian Gogh has described a UBI as a “powerful new tax engine that pulls along a tiny cart.” Particularly for the middle and working class (who already pay more than their fair share proportionally), a UBI risks driving workers into higher tax brackets, meaning their “free money” will inevitably land back in government coffers, defeating the purpose of a UBI in the first place.

4. A UBI is expensive & barely makes a dent in working-age poverty

Experts have predicted a UBI could cost anywhere between 6.5% (UK), to 35% of GDP (France and Finland), but barely makes a dent in working-aged poverty which would decline by less than 2%, according to a report by Compass, by less than 1% for pensioners.

Though child poverty could decline from 16-9%, a UBI still doesn’t deliver the necessary bang for the government’s buck.

If we’re going to spend that kind of money, it is not unreasonable to demand an ROI that equips current and future workers with transferable skills capable of earning them a lifetime’s worth of income.

This is why a job guarantee program is essential not only for eradicating poverty but ensuring the future health of the global economy.

Why a job guarantee trumps a UBI any day

Even the most ardent neoliberal recognises that for capitalism to continue, more people need to afford to buy, lease or invest in non-essential items.

There are plenty of industries within the public sector badly in need of both human and financial resources. The Department of Child services comes to mind, along with mental health, domestic violence services and shelters, police resources for sexual assault investigations (including provisions for rape-kit testing) and white collar crime (hello RBS), not to mention skills training, the sciences and education.

While some small-scale UBI experiments have been trialed in countries like Finland and Canada, no economy-wide tests have been conducted.  The same cannot be said about a Job Guarantee which has already been proven to work in the US, UK and Australia whose post-war full-employment policies were responsible for the creation of the middle class and the subsequent prosperity that lasted all the way-through to the late ‘80s, early ‘90s.

Unfortunately, permanent  poverty is no longer seen as a problem to overcome but a policy tool to maintain price stability, which is why we are unlikely to see any similar guarantees anytime soon.

A UBI is an ideological surrender to capitalism. It should be renamed ‘Not My Problem’: because it formalises the complete abdication of the government’s responsibility for employment.