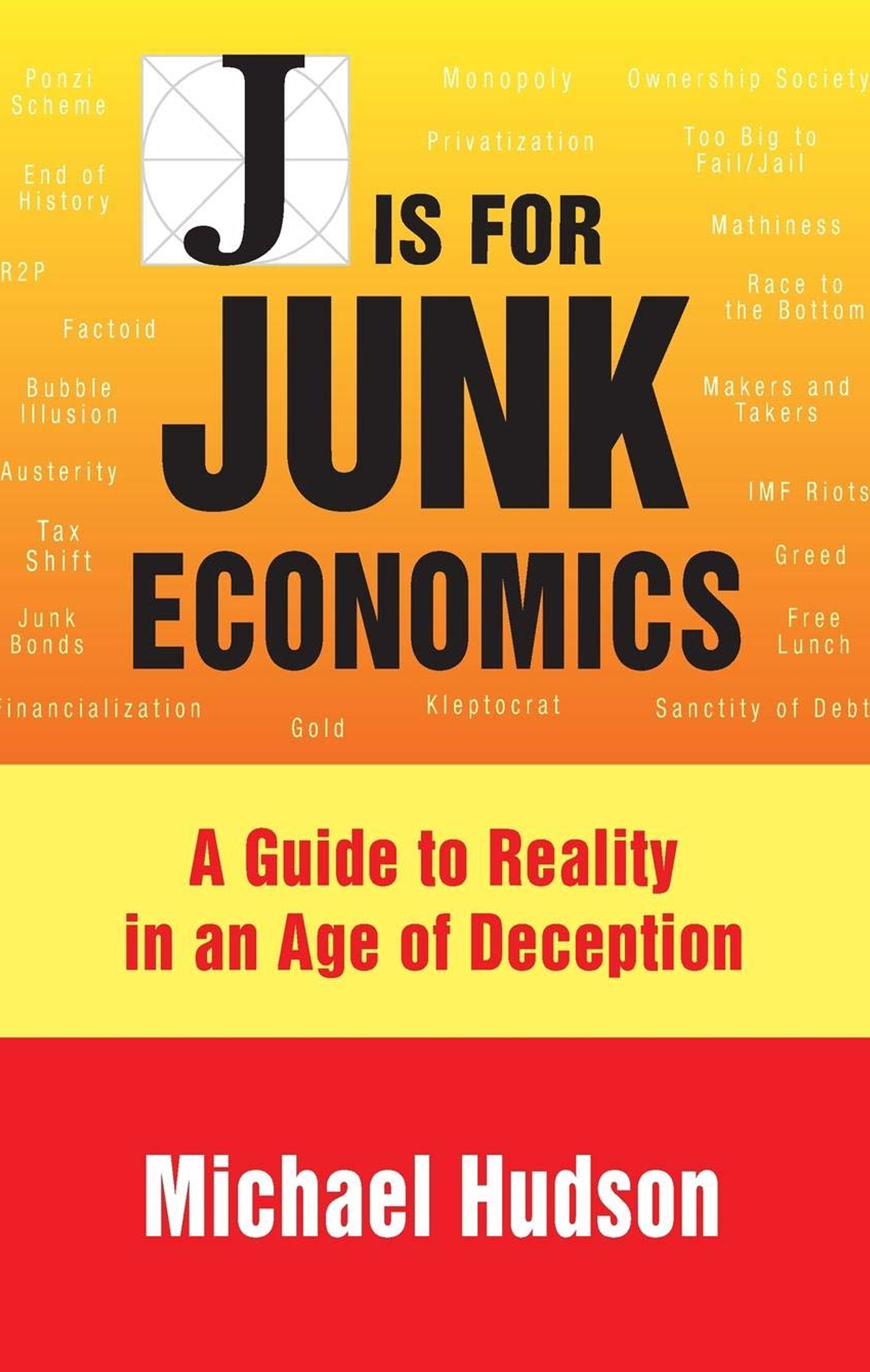 J Is for Junk Economics: A Guide to Reality in an Age of Deception

J IS FOR JUNK ECONOMICS is an A-to-Z guide that explains how the world economy really works – and who the winners and losers are. The book includes more than 400 concise and acerbic entries, several essays, and a full topic index. Expanding on KILLING THE HOST: HOW FINANCIAL PARASITES AND DEBT DESTROY THE GLOBAL ECONOMY, Prof. Hudson’s new book covers contemporary terms that are misleading or poorly understood as well as many important concepts that have been abandoned – many on purpose – from the long history of political economy.

Two key concepts are RENT THEORY and DEBT, which explain how Unearned Income and the Financial Sector impoverish governments and populations the world over as power and riches flow upward into the hands of the few. Several additional essays provide background for key points and explore today’s uncertain political and economic environment.

To understand what’s really going on, it’s not necessary to re-invent the wheel; the major issues that guide healthy economies were known to the Ancients and were expanded upon by the classical economists of the 18th and 19th centuries, including Adam Smith, David Ricardo, John Stuart Mill, E. Peshine Smith, Simon Patten, Karl Marx, Thorstein Veblen, and others of many political stripes whose aim was to leave the brutal legacy of feudalism behind. Their ideas and principles are brought back into the spotlight here. It is hoped that this book will deconstruct today’s -value-free, – watered-down and deceptive economics that favor the wealthy, allowing the next generation to create a successful economy with proper checks and balances that will benefit everyone. This is a book you will want to refer to again and again.