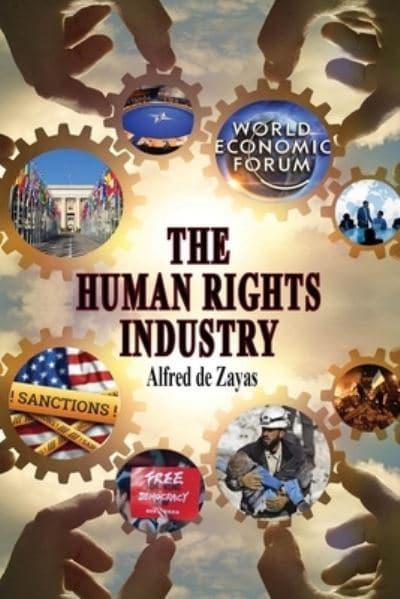 The promotion and protection of human rights is a pillar of the United Nations, enshrined in the Charter, the international bill of rights, elaborated in General Assembly resolutions and declarations, and buttressed by monitoring mechanisms and regional human rights courts. After WWII the world demanded respect for collective and individual rights and freedoms, including the right to live in peace, i.e.freedom from fear and want, the right to food, water, health, shelter, belief and expression. Human dignity was understood as an inalienable entitlement of every member of the human family, rights that were juridical. justiciable and enforceable.

It did not take long for these noble goals to be politicized. Many States systematically weaponize human rights for geopolitics. A “human rights industry” operates at all levels and instrumentalizes values with the complicity of diplomats, politicians, non-governmental organizations, academics, journalists, -independent experts-, rapporteurs, secretariat members and media conglomerates.

This book addresses the decisive role played by major governmental and private agencies such as the National Endowment for Democracy, USAID, elite think tanks, Council on Foreign Relations, Trilateral Commission, World Economic Forum and others in shaping a “perception” of human rights that primarily serves geopolitical interests. Major non-governmental organizations that once were truly independent, including Amnesty and HRW, today belong to the leading narrative managers.

The voting record in the General Assembly and Human Rights Council by China, Russia, the United States, Canada, UK, EU, OIC, Group of 77, Non-aligned movement, etc. documents who supports and who subverts human rights. Why do the Council and NGOs practice double-standards and allow States to brazenly lie, blackmail and bully weaker States? Under the pretext of providing humanitarian assistance, lethal military interventions are conducted, e.g. in Libya, emblematic example of how the noble idea of the “responsibility to protect” was corrupted. Propagandistic use of the words “human rights”, “democracy”, “rule of law”, freedom – demean them and subvert rational discourse.

Drawing on more than four decades of working in the field of human rights as UN staff member, rapporteur, consultant, professor and NGO president, Alfred de Zayas examines how the tools of implementation of human rights serve to entrench political narratives promoted by the “industry”.