Since our social media feeds turned black in solidarity with the Black Lives Matter movement in June, calls to ‘defund’ the police have caused celebrities and politicians alike to distance themselves from the cause.

Concentrated efforts to isolate it as a senseless cry has pegged it as a shameful demand, undermining the overarching message: a world where Black lives are no longer systematically targeted.

There is a deep problem within the criminal justice system which needs to be addressed. Defunding the police is not an unpatriotic cry to strip the police of their budgets. It is a call for reinvestment in other key areas: housing, education, social care – an area that continues to be severely underfunded even while we clap at the efforts of our key workers. It is asking for communities to be built up rather than criminalised.

Reform is always offered as a solution, with promises of more money for police training programs and more prison guards. Yet, in both the UK and the US, despite years of implemented reforms, Black men continue to be disproportionately overrepresented in prisons, targeted by police, shot and killed – so, what next? Is an alternative solution not desperately needed or must we continue to exhaust the same methods of inquiry, statistical analysis and silent observance?

The Black Lives Matter movement is exposing the corruption at the heart of the prison system, but for things to truly change requires wider understanding of what the prison-industrial complex is: a profit-driven enterprise. 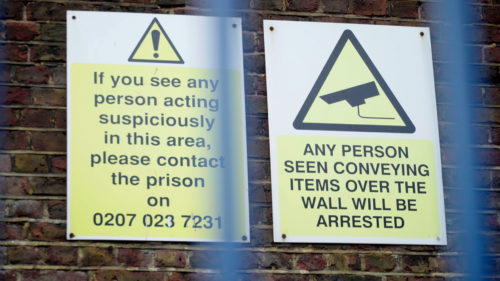 The term refers to mass incarceration and the increasing corporatisation of prisons, recognising the overlapping interests of government and industry. It means multinational companies can profit from the prison system; unsurprisingly, their business goals are not rooted in human freedom or rehabilitation. Their survival relies on mass incarceration.

It also means their profit margins are prioritised over quality of care and service – something we have witnessed all too clearly within the adult social care sector, or the shipping off of disability assessments to private firms. So long as prisons continue to generate profit, someone will stand to benefit. But who is harmed?

In the US – home to 4 percent of the planet’s population and 22 percent of those imprisoned – the prison population has continued to increase rapidly since the 1970s. In 2018, the imprisonment rate of Black males was 5.8 times that of white males, despite Black people making up only 13.4% of the population.

Slavery has been, in name, abolished. But the profits generated from a system aimed at monetising labour under threat of violence – supplemented by an endless supply of predominantly Black men – proves that one profitable institution was outlawed only to be replaced by another.

But the PIC is not a problem unique to the US. The UK has followed closely in its steps with regards to mass incarceration and corporate interests. In fact, Britain was the first European country to open private, for-profit prisons.

In 2013, two of the three worst performing prisons in the country were privately run. There have been reports of violence and riots, including at the G4S-run prison in Birmingham. Inmates are subject to appalling levels of overcrowding, staff numbers are cut, less well-trained staff are hired to cut costs. This puts in question the central purpose of the prison system as a centre for reform.

Like private prisons, state prisons also rely on and exploit labour: thousands of prisoners are employed to produce goods for private sector companies. Again, this feeds on the ‘public safety’ narrative but it has very little to do with rehabilitation, much more to do with generating profits: a simple tenet of capitalism in which a small number of people control the means of production. It also serves as a way to control those who are caught in its web. Prisons in the UK are largely made up of men from poor or working-class backgrounds, a notable proportion have drug and alcohol problems. Many live with significant mental health problems. And a disproportionate number are Black or from other minority ethnic groups.

Today, 11.6% of the total prisoner population in the UK are held in private prisons, which are owned by three multi-billion pound corporations: Serco, G4S and Sodexo. This privatisation of prisons undeniably creates an interest in their growth among companies and shareholders. They are motivated to fill their prisons for financial gain, and this primarily hurts the most marginalised, specifically Black people and those of a lower socioeconomic background.

Unfortunately, such inherent corruption does not end with prisons. Immigration detention centres, described as worse than prisons, have come to imitate the PIC – with these same billion-pound corporations profiting from the detention of migrants. In fact, the UK is the only country in Europe to operate indefinite detention, giving those detained no clear time frame as to how long they will remain there. Every year more than 30,000 detainees are locked up in detention centres indefinitely, as presented by Medical Justice in their report A Secret Punishment – not as part of any criminal sentence but for administrative convenience. Most of these centres are outsourced to private companies.

In 2018, Corporate Watch found that profit rates of 20% or more are standard across the UK’s privately run immigration detention centres. One reason for centres remaining so profitable is the practice of using detainees, paid just £1 an hour, as effective slave labour. Meanwhile, ongoing investigations inside detention centres reveal stories of torture, racism and sexual abuse. Like prisons, they are plagued by understaffing, they are overcrowded, and they are subject to very little scrutiny.

Meanwhile those detained – including those seeking asylum who are fleeing violence, persecution and/or war – are stripped of their rights and silenced.

That migrants continue to be used as a scapegoat by politicians is no coincidence, as it all feeds into the supply chain; controlling public perception is a tried and tested method. Associating migrants with being illegal is the starting place.

In a world of increasing security, the business of locking up human beings in prisons and detention centres remains profitable. A post which appeared on the Ministry of Justice’s Twitter profile boasted that the UK government would be building four new prisons which will ‘create 10k additional prison places’, aiming to ‘boost rehabilitation and support the economy’, making patently clear the role of prisons in propping up the economy. Is it really so wrong to ask for this to be reversed?

Lubnaa Joomun is a content writer for the Immigration Advice Service, an organisation of immigration lawyers based in the UK and Ireland