For many years all European banks have been in poor shape.

The coronavirus pandemic has merely exposed the glaring fault lines of some of the world’s most clunky and inefficient banking systems.

The question we should all be asking is: after the bailouts of 2008, are we now prepared for the European bail ins of the 2020s?

Author Alex Krainer and University of Helsinki Professor of Economics Tuomas Malinen join host Ross Ashcroft to discuss the upcoming crisis and provide us with some potential solutions.

Since the 2008 financial crisis, many experts in the fields of economics and banking have been predicting a collapse in the European banking system. But despite the fact that some of the continents leading banks are in a weaker shape compared to then, they have yet to go bankrupt.

Alex Krainer suspects that the reason is that they are being backstopped by the European Central Bank (ECB) and it’s various global facilities in a similar way to how banks were propped up by socialist institutions during the pre-glasnost era. Having grown up in the former Yugoslavia throughout the 1980s, Krainer experienced first hand how when banks were about to go bust the government would print money to allow them to keep functioning.

The author posits that the process is similar to the Federal Reserve’s ongoing repo bailout programme in the United States exemplified by endless money creation and the flooding of liquidity into the system.

Krainer agrees with the economist, Robert Wenzel‘s contention that endless money creation is unlikely to lead to a day of reckoning but, rather, is a prerequisite to maintaining relative levels of financial stability.

The unfolding of events would appear to suggest that Krainer and Wenzel have been vindicated. In 2018, for example, the stock market crashed by 20 percent following the attempt by the Federal Reserve to taper their quantitative easing (QE) programmes. The situation was reversed only after the Fed decided to ramp up QE in January 2019.

However, with European banks extracting a bigger proportion of credit from the system compared to their U.S counterparts, the potential problems for the real economy resulting from an ossified European banking system are acute regardless of what the Fed does.

Krainer claims that under these circumstances, the ECB does not have a choice to taper their QE. He argues that, increasingly, less of the new money created that circulates in the economy will go into providing credit for small businesses and households, thus raising the specter of unemployment and social problems.

In citing the on-line publication, Wall Street On Parade, the author shows how bankers have grossly understated the financial costs of the bailouts which currently stands at an astonishing 29 trillion dollars.

According to Krainer, the European banking establishment will choose either QE or a deflationary debt spiral as way of attempting to extricate themselves from the slow motion train wreck they have presided over.

The average person is likely to be hit the hardest from the inevitable spike in inflation that will arise as a result of the system shuddering to a halt. Krainer argues that under neoliberalism, a system in crisis will be harder for people to manage compared to how it was under socialism in his native Yugoslavia because the money circulating is less likely to be ‘quantitatively eased’ into the pockets of the masses.

Professor of Economics at the University of Helsinki, Tuomas Malinen, forecasts that an unavoidable crisis across the eurozone will start in Italy and Spain within months predicated on rising stress test levels heightened by the emergence of the Corona virus pandemic. 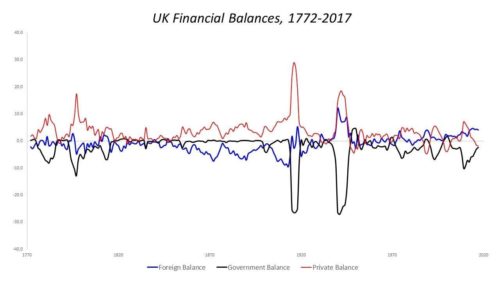 Malinen claims that as much as half of all the big banks in Europe will not survive in a scenario that he describes as a “depression-like condition.” The professor notes that the decision about which banks to save in a crisis is made at the governmental level either by providing recapitalization or by governments’ taking them over.

In the past this has led to governments’ protecting some of the biggest and most inefficient banks. As a result, many of these banks became too big to fail and their bankers too big to jail.

But as Malinen explains, during the Nordics banking crisis in the early 1990s, Finland managed to successfully purge this moral hazard from the system by recapitalizing the banks but with punitive terms.

This will be Finland’s template heading into a forthcoming crisis that those outside the eurozone mistakenly believe will be immune from. Once the house of cards goes down, there will be a domino affect throughout the world:

“When the European banking sector gets in trouble, it goes global very fast because these banks are also counter-parties in the banking markets and sectors of other countries”, says Malinen.

The question that then arises is in what way can the public best protect themselves from what’s coming down the track?

Malinen advises that the public hold a combination of cash and gold. He warns that people who, in a crisis, have savings in banks that exceed the Deposit Guarantee Scheme Limit are at risk of losing their money in a manner similar to what happened during the crisis in Cyprus. This is because it’s very likely that these funds will be used to recapitalize and refloat reckless and inefficient businesses – a process Malinen terms, “bank ‘bail-ins”.

What the economy and society will look like on the other side of this crisis will depend on the extent to which governments’ seize the moment. Malinen is optimistic that the right decisions will be made.