Host, Ross Ashcroft, met up with two friends of the show, Chris Williamson and Michael Hudson, who shared their views on what we can look out for in 2021.

The few rays of sunlight can’t hide the gloom

If there is one thing that the pandemic has brought into sharp focus, is what a terrible year 2020 was. The highlights were far and few between. And yet, scratching below the surface reveals a few rays of sunlight. For Chris Williamson the upsides of Covid-19 have been the re-emergence of social solidarity, the democratization of communication technology and improvements in the environment and in air quality. As a republican, the former Labour MP was also encouraged by Prince Harry’s reneging of his royal title as well as the decision by the Prime Minister to force out his chief adviser, Dominic Cummings.

However, these relatively small positives are hugely outweighed by the negatives. Arguably, the onset of the pandemic has exposed the frailties of unfit for purpose public institutions. Williamson cites the Labour Party as an example of a major institution that is in terminal decline and in existential crisis brought about as a result of the establishments systematic undermining of Jeremy Corbyn and his allies.

The fact that the party is currently led by Knight of the Realm and Trilateral Commission member, Sir Keir Starmer, is an indication of the current direction of travel. That Starmer has jettisoned all of Corbyn’s socialist principles and is supported by the media barons, the military industrial complex and the wealthy elites, does not bode well for the future of the party. “People have been really demoralized by what’s happened”, says Williamson. 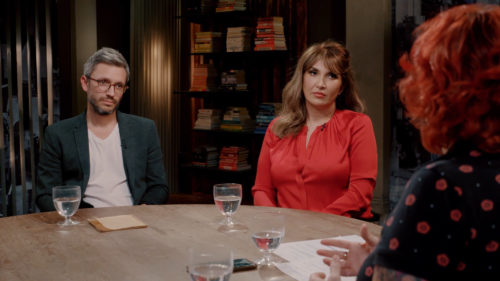 The attack on media plurality

One of the most demoralizing actions undertaken since parliament was recalled following the pandemic was when Starmer asked the Prime Minister at the dispatch box whether the broadcaster, RT, should have a review from Ofcom, thereby politicizing the organization in a way to make a judgement about freedom of the press.

Williamson says that Starmer’s attack on media plurality was motivated by an attempt to demonize Russia in order to justify an increase in the government’s defence spending budget:

“There’s a sense that we need to manufacture an enemy of Britain, which then gives the excuse to put more investment into arms manufacturing. And so there is a real vested interest in the military-industrial complex to create enemies of the state that they can then make huge profits from. The truth is that whatever you think of Russia, it doesn’t pose any threat to Britain”, says Williamson.

In the view of the former Labour Party MP, Starmer’s response at the dispatch box illustrates that he prioritizes the interests of his establishment backers above the interests of the British public. Williamson argues that the reason these backers initiated a war against Jeremy Corbyn was because he represented a dramatic shift from the neoliberal political consensus that has held sway for over four decades:

“This was a man who was interested in a socialist alternative that really wasn’t acceptable to the capitalist vested interests in this country. And he was someone who was promoting peace and disarmament and a genuine ethical foreign policy.”

Williamson predicts that in 2021 Corbyn will be expelled from the Labour Party and that a new political vehicle will be established.

Bonanza for the rich

Michael Hudson appears to be less circumspect than Williamson in relation to the damaging affects of the pandemic. The economist says that 2020 has set the stage for homelessness in 2021 and predicts it will be a bonanza for the stock market and for the wealthiest one per cent who have already gained a trillion dollars since the start of the crisis. This bonanza has been created on the back of the ability of big corporations to buy up huge swaths of foreclosed properties, turning them into high rental lets to people who have lost their jobs.

There are also great opportunities, says Hudson, for the big restaurant chains who are able to take up the slack while smaller, individual restaurants, have gone under. Hudson implies that the purpose of restructuring the real economy in this way is to benefit the one per cent within the rentier financial capitalist economy and the stock market at the expense of the 99 per cent who will be prone to downsizing while the smaller banks are likely to be absorbed into their larger counterparts.

Hudson adds that the economy in 2021 looks set to be crystallized from the leftovers of the Obama depression and bank bail outs. The pandemic has brought to the fore the extent of unpayable debts which, in 2021, will continue to result in huge evictions of mainly low income black and Hispanic families.

“Obama evicted about ten million families. Biden’s going to start his administration by kicking out probably another five million. You’re going to have the polarization of the economy that has been occurring for the last 12 years simply accelerate”, says Hudson.

No way to recover

The economist argues that this is likely to be indicative of a far bigger trend of debt growth, state and local finance depletion and public service infrastructure evisceration from which there is almost no way to recover. Consequently, this will open the door for vulture funds and predatory capital to engage in a series of public infrastructure deals that will unleash the potential for widespread privatizations.

Hudson also predicts that on the upswing for 2021 will be poverty, homelessness and crime as well as a rise in bond defaults and cost of living increases as public services are privatized and cut back. The economist alludes that the radical approach Bernie Sanders has to tackling issues around inequality is nothing other than window dressing and that he has capitulated to the establishment.

With the world divided on various lines and with the West sowing the seeds of its own financial capitalist demise, many countries are resisting the US demands to neo-liberalize their economies. Hudson predicts that China, Russia and the Shanghai cooperation nations will de-dollarize and create their own economy on non-neoliberal lines, while in the US people will lose their status with tragic consequences:

“When people lose their status and they’re impoverished, that’s the breeding ground for fascism”, says Hudson.

The economist argues that the reason why the US political class have never understood the rationale for a multipolar approach to dealing with these issues, is due to the exceptionalism mentality that has persisted in the country. It’s that kind of hubris that has been the catalyst for the downfall of many empires in the past.

“Hubris really is when you become so successful so far, it goes to your head and you think you can do absolutely anything. After WW2, the US expanded its power with no push back and thought we could do this forever. And now there’s a push back and it thinks this is not natural”, says Hudson.