More than 1.5 million children a year die from water poverty. Experts say universal access is affordable, but for private sector interests & a lack of political will, 663 million people are left without access to clean drinking water.  Eden Gillespie examines the escalating crisis.

In 2017, a startling 663 million people worldwide are without access to clean water – and it’s not because of a lack of water. In reality, the culprit is far more sinister and complex.

The capitalist and exploitative interests of the private sector, coupled by a lack of political will to regulate the water industry, have made for a dire situation. Forced to drink water from contaminated sources, more than 842,000 people die from diarrhoea each year. In total 1.5 million children die from water poverty annually, according to Essential Need.

Experts have insisted that providing universal water access is affordable. So with the Millennium Development Goals and Sustainable Development Goals falling flat, anybody with a conscience would ask: why aren’t we trying harder to fix this? And how in 2017, a time where smartphones will soon be able to project 3D holograms, has crippling water inequality persisted?

Who suffers the most from water inequality?

Those affected the greatest by water inequality are “the urban poor and subsistence communities in rural areas,” says Caroline Sullivan, Professor of Environmental Economics and Policy at Southern Cross University. This is often because governments focus on providing water access to cities and suburban areas rather than in remote or rural locations. Unsurprisingly, those most marginalised by water inequality live in some of the poorest regions of Africa and the Middle East, with the five most impacted countries being Yemen, Libya, Jordan, The Western Sahara and Djibouti.

The capitalist and exploitative interests of the private sector, coupled by a lack of political will to regulate the water industry, have made for a dire situation.

Professor Sullivan says that in a city like Colombo in Sri Lanka, millions of people share the same water supply and many will make illegal connections to the system, reducing water availability and pressure. This means that the absolute poorest families have no choice but to sit around, waiting hours on end until the water supply comes back – usually during the middle of the night.

Women and girls, who in about 95% of cases collect the water for their households, bear the brunt of this inequality. Fetching water at night, women often risk sexual assault. UNICEF estimates that women spend around 200 million hours collecting water every day, and water collection is often prioritised over education.

Who is to blame for water inequality?

The private sector including commercial farmers, the mining industry and water bottle companies certainly have a lot to answer to. This includes the dumping of waste in local water sources, as well as violating indigenous land treaties. But at the root of this crushing water inequality is the failure of governments – both at local and federal levels – to address the crisis through economic reform. This includes a reluctance to regulate the private sector.

One reason that water poverty persists is that governments have done little to stop private corporations and commercial farmers from distressing and polluting water sources, says Professor Sullivan.

In rural India, this often manifests in a situation where a commercial farmer might be pumping water out of an aquifer at such a rate that the water table drops to catastrophic levels, diminishing the neighbours’ access to water in their well. “You could say that’s a failure of the private sector because bigger-scale commercial users are able to take precedence over the smaller players because of lack of regulation and lack of governance,” Professor Sullivan says.

“Naughty children will do things if no one tells them not to do it. It’s the same with private companies exploiting water resources. If nobody’s saying ‘that’s not allowed’, there’s no motivation for them to stop. It’s much cheaper for a company to pump waste into a river than to put in a water treatment plant,” she says.

The Citarum River in Indonesia exists as another cautionary tale of the devastation caused by an absence of strict law enforcement and regulations. More rubbish tip than waterway, the Citarum River is the longest and largest river system in West Java, and has been dubbed the world’s most polluted river. Its muddy river banks swell with garbage, entangling locals as they swim and bathe in the water. Over 30 million people rely on the water from the Citarum River, which has been poisoned by harmful chemicals from the surrounding 200 textile factories. Lead, arsenic and mercury, along with other toxins have spoiled the river, yet poverty-stricken locals have no choice but to use the water from the river banks to bathe in. Showering with water from the river leaves people red, dry and itchy, with the water ‘stinging’ when it comes into contact with skin.

In India, it’s almost the same story, poor governance leading to the contamination of 80% of India’s water surfaces due to leaky sewerage systems. Again, with a lack of regulations and laws surrounding water, the dumping of waste continues, inflaming cases of cholera, dysentery and other water-borne disease.

And while millions die in the plight to access safe drinking water, the international community has all but buried their heads in the sand. Experts have said that securing universal water access is not out of reach but affordable, totalling a small amount of government spending in the West. A 2016 World Bank Group report estimated that providing universal access to safely managed water and sanitation would cost approximately USD 114 billion per year – an amount that is three times the current investment levels.

“The kind of money needed to provide everybody with water that currently hasn’t got it at a basic level is quite startling. Some estimates have suggested that it’s the equivalent to the money spent in the European Union on ice cream every year,” says Professor Sullivan.

What are the solutions?

The heart of the problem lies in the fact that governments do not have sound economic policies concerning water distribution. Water.Org argues that governments need to invest in institutions and service providers, not just pumps, pipes and latrines.

Not only this, they say that taxation is how high-income countries have achieved universal access to water. The organisation argues that a robust tax revenue system would allow governments to use loans to advance and improve their services.

In 2016, the United States topped the world in military expenditure at USD 622 billion while spending about 1 percent of its budget on foreign aid.

“Microfinance is one part of the solution. [It would] enable the poorest to take small loans so they have the up-front capital needed to pay for the water connection they want. These clients then repay back these small loans with interest over time,” they say.

Another step which Water.Org believes should be taken is tracking public spending flows to understand where exactly the money is going and who is benefitting from it. This would also enable researchers to have a clearer idea of why some populations are being excluded. 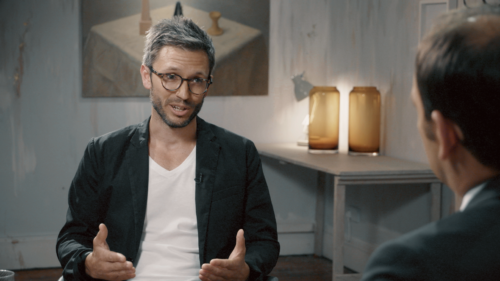