Further reading: The Divide: A Brief Guide to Global Inequality and its Solutions 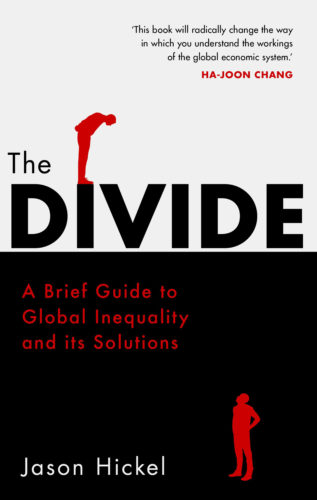 For every dollar of aid poor countries receive, they lose 10 dollars to multinational tax havens. They pay around $200 billion per year in debt service to banks in rich countries.

Writer and anthropologist, Jason Hickel whose book, ‘The Divide’, debunks the myths around inequality and poverty, joined co-founder and presenter Ross Ashcroft on this week’s episode of Renegade Inc. to discuss why aid programs are deliberately keeping 60% of the world’s population in poverty.

When we see images of poverty in countries that are rich in resources, there’s confusion. When we hear of the massive disparity between the world’s rich and poor, many people wonder why. Our understandable reaction is that the system has failed. But that is not the case. Actually the system is working perfectly. Inequality and poverty rage on because the economic rules have been rigged in favour of the people, organisations and countries who wrote them.

It is now time for a truly democratic rewrite. If so, what’s standing in the way? And how do we rethink the constraints of an outdated economic order that has caused so much pain? 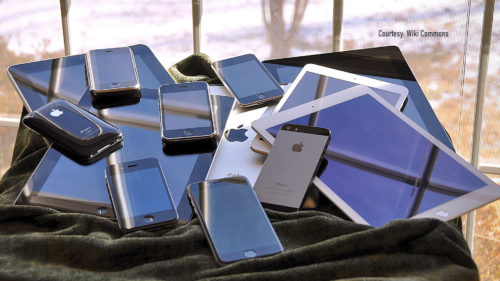 Writer and anthropologist, Jason Hickel, whose book The Divide, debunks the myths that have been peddled around global inequality and poverty joined co-founder and presenter, Ross Ashcroft on this week’s episode of Renegade Inc. to discuss how we got here and how we begin to redress the balance.

Hickel was born and raised in Swaziland, in the middle of the AIDS crisis, in the country hit hardest by the virus than any other in the world. His parents were medics, Hickel saw up close and personal devastating poverty. He moved to the US in the late ‘90s where he completed his degree and PhD and was confronted with the complete opposite of the poverty he grew up around.

In a world of real access and very high incomes in aggregate, he said he scrambled for explanations of how this massively divided world came to be.

“At the time I was really persuaded initially by the story we were told by the development industry, which is that our poor countries need a little bit of aid to help them develop and climb the ladder, poor countries are poorer because of their own internal policy problems; they need advice from the West,” said Hickel. “That persuaded me. I worked in India and Swaziland again after I graduated but I was never really satisfied with with the answers the development industry was giving.”

He recognised that despite decades of interventions and trillions of dollars of aid disbursements, nothing was really getting any better. The Global Poverty headcount today is 4.3 billion people. More than four billion people – 60% of the world’s population – do not have enough money to make basic ends meet.

“There’s something really fundamentally wrong with the way the global economy works,” Hickel said. “I wanted to be able understand what that was.”

“The dominant understanding is that poor countries are poor because of their own internal policy failures, but that’s a very narrow and a historically biased view.”

By broadening our view a little bit, and taking history into account, what we see is that poor countries are poor and remain poor because of a global economic system that has been designed over about 500 years, since the onset of colonialism, to the trade policies of today.

“They are intentionally designed to serve the interests of a handful of rich countries, at the expense of the vast majority of the rest of the world,” Hickel said.

“It really does all have to do with rules. If we start to examine that, then we see that the system is working perfectly, in fact, it is serving those who it was designed to serve.

“The only problem is that we are left with a global economy that simply doesn’t serve the vast majority of humanity. To me that’s a real crisis. It is the 21st century. We shouldn’t have 60% of the world’s population in grinding poverty.”

“There’s something fundamentally wrong and it won’t be changed with a bit of aid here and there,” Hickel says. “We need to fundamentally restructure the global economy and make it fair.”

Hickel’s central thesis is that there is nothing natural about poverty. His book examines structurally determined behaviour, designed in-fact, to deliver the poverty outcomes we witness around the world.

“A lot of the aid that’s given comes with conditions attached that the recipients of the aid have to implement certain economic policies, or have to vote with the donor country in UN agreements and so on,” says Hickel. “There’s no free lunch.”

“The biggest one is probably illicit financial flows, most of which are in the form of tax evasion by major multinational companies operating in the global south, headquartered often in rich countries that are effectively stealing wealth, their profits from global south countries and stashing them away in tax havens because of rules written by the World Trade Organisation that make this practice possible.”

The World Trade Organisation basically governs the rules of global trade, for the most part, centrally. It is a very anti-democratic institution, where the vast majority of bargaining power has long been in the hands of a handful of countries which get to determine rules that end up serving their interests.

“That’s one of the reasons that we see these financial flows in such magnitude,” says Hickel.

“These financial flows outstrip the aid budget by a factor of 10. So for every dollar of aid that poor countries receive, they lose 10 dollars to multinational tax havens. Another one is debt service. Poor countries pay $200 billion per year in debt service to banks in rich countries.

“That’s just the interest payments on debts, many of which have been paid-off already, many times over, some of which are accumulated by legitimate dictators. That’s a direct cash transfusion from from poor to rich. That outstrips the aid budget by a factor of two.”

The anthropologist says aid has become a very powerful narrative that has convinced us all that rich countries have nothing to do with the impoverishment of poor countries, that we’re basically in a position of benevolence, reaching out generously across a divide to give our surplus, when in fact the opposite is true.

“This is not an ideological perspective,” says Hickel.  “This is rooted in data that is very clear. I trace this data up until even the most recent figures from last year showing this reverse flow of wealth around the world.

“That’s a really important antidote to the dominant narrative of charity, aid and development that we’re served in the media.”

Hickel says there has been a shift in consciousness since the Global Financial Crisis of 2008. People are beginning to realise that poverty and inequality in their own countries are not a natural phenomenon. They’re being generated by policies introduced by bankers and politicians.

“People are looking for the political determinants of their suffering,” he says. “When people hear that the same thing applies to the global stage, that global poverty and poor countries are a direct consequence of intentional policies, then that’s not surprising to them anymore. There really has been a kind of awakening to the fact that this is the case.

“There is a lot of passion in our communities, in our country, for trying to make the world a better place. That passion right now – and the money behind it  – is misguided. It has been demoted and channelled into charity, which is not solving problems. That is patently true. It’s time for us to start addressing the deeper, structural causes of the problems that we care so much about. Once we do that, then it’s going to change the game.”

Watch the full interview above to find out how to restructure the economy and aid programs to benefit the vast majority.