Further reading: I You We Them: Journeys Beyond Evil: The Desk Killer in History and Today 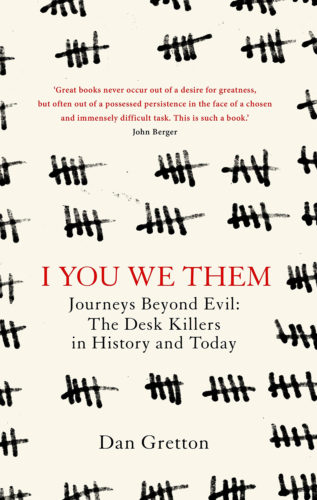 The horrific events of the Holocaust have been extensively documented.

But never has its corporate sponsorship ever been methodically laid out. Dan Gretton changed all that.

The author of  I, You, We, Them‘, met up with Renegade Inc. host, Ross Ashcroft to discuss how corporate interests coupled with desk bound administrators drove one of the most abhorrent chapters in human history. The author draws parallels between the Desk Killers of the Nazi regime with the desk bound corporate administrators of today.

Who are the Desk Killers?

Desk Killers come in many guises. They speak the technocratic language of finance capital. They are individuals within the vast state bureaucratic apparatus who, under the pretext of austerity, sign the death warrants of hundreds of thousands of poor and disabled people. They are the CEOs of major banks who with the push of a pen on paper generate million dollar profits while overseeing home foreclosures. They are heads of state who outsource torture through extraordinary rendition programmes.

However, the common characteristic of the Desk Killer is the extent to which they are psychologically and physically detached from their actions and are able to rationalize them, both through the “compartmentalize of the mind”, and the use of depersonalized language.

Indeed, the main inspiration for Gretton’s Desk Killer concept was the bureaucratic and detached corporate language, contained within the Saurer Memorandum produced by the Nazis during WW2.

“The document read to me like an entirely contemporary memorandum being sent from one business associate to another”, says Gretton.

Another moment of inspiration for Gretton’s Desk Killer concept happened a decade later when the author was made aware of the environmentally destructive actions of Shell in Nigeria and the non-violent resistance struggle against them by Ken Saro-Wiwa and eight other activists. Following the kangaroo trial of the activists and their subsequent execution on November 10, 1995, Shell executives returned to their desks as usual as if nothing had happened. “I began to think that the secret connecting the Saurer Memorandum with shell and Ken Saro-Wiwa must be to do with something about our human psychology that enabled this process to happen”, says Gretton. 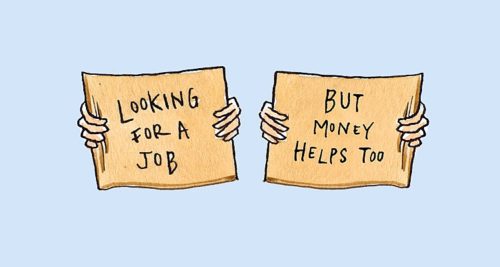 A just social-wage and a job guarantee

A third key moment happened two years later when the author encountered the concept, ‘perpetrator psychology’ after reading the writer Gitta Sereny’s work on the Treblinka commandant, Franz Stangl and Hitler’s chief architect/minister for arms production and weapons manufacture, Albert Speer. It was the remarks made by the latter in Sereny’s book that was key to Gretton’s understanding of the concept of the Desk Killer as akin to the compartmentalization of not only activities, but also of the mind.

The organised practical activity that involved the systematic killing of human beings on an industrial scale as part of the Nazi war machine is an ‘accomplishment’ that has relevance today. The killing of innocent civilians by the US war machine and those of their allies in places like Iraq, Syria and Palestine, for example, are all underpinned by corporate language and legalese through which these actions are granted justification and their responsibility denied.Quote

Neither the ethnic cleansing of Palestinian’s today, nor the Nazi Holocaust in Germany during WW2, could have happened without collusion between corporations and their respective states.

In this regard, “the concentration camp at Monowitz is what we would call today a Public Private Partnership. It was funded by I.G. Farben and the labour supplied by the Nazi SS”, says Gretton.

“The relevance with today is all around us. A few weeks ago, two American psychologists were on trial giving evidence, James Mitchell and Bruce Jessen. These are the psychologists, medical men, who came up with the criteria that enabled people to be tortured, the enhanced interrogation programme under Bush in the early 2000s at Guantanamo and other sites around the world.”

“There’s a whole chapter in my book where I talk about lawyers working in Washington who are sending memoranda to each other, not dissimilar to the Saurer Memoranda, which is about how we can torture people without using the word torture. I’m saying it’s not only about looking at history and in a totally different way, it’s also about looking at our world and seeing these patterns of behaviour everywhere – government departments, pharmaceutical companies, oil companies, lawyers in Washington.”

In his book, Gretton distills ten principles to enable readers to get a handle on how to break down this kind of psychological process. A key one is the notion of incrementalism in which, through tiny steps, decent and humane individuals can become corrupted. Others include peer conformity, the dehumanization of language, the distancing of people from acts of violence and ‘don’t see, don’t know’ willful ignorance.Paragraph

The concept that underpins Corporate Social Responsibility falls into this latter category. It’s a notion that Gretton posits we need to move away from because, as he says, “it essentially lets corporations off the hook.” Instead, the author thinks that people should be held individually accountable for the corporate crimes they commit.

One of the best ways to prevent these kinds of corporate criminals carrying on with their destructive patterns of work is to make them self aware of their willful ignorance. “Everything starts with awareness and education – everything. So that’s the beginning point”, says Gretton.