Within the global economy, winners and losers can be split into two specific groups – the not’s and the have yachts. For the yachty’s, well, they get the wind of cheap money printing constantly filling their sails which allows them to speculate, juice asset prices and end up with yet more yachts. However, the not’s, well, they have to sit around marooned and becalmed, awaiting some imaginary trickle down cash that never comes.

So why have Western leaders, policymakers and central bankers managed to create such a divide? And why do they now seem so surprised that inequality and inflation are here to stay? Host, Ross Ashcroft, met up with Economist., Frank Shostak, and Author, Mitch Feierstein, to discuss.

Over recent decades Western societies have witnessed arguably the greatest monetary experiment of all-time presided over by central bankers committed to neoclassical economics. What Frank Shostak terms “weird economics”, is predicated on an ignorance of the key factor that underpins inflation, namely increases in the money supply.

Shostak says that because inflation has not been properly defined in this way, politicians and central bankers have been able to essentially embezzle money from the public.

It’s only after people have been hit by the affects of inflation do they begin to equate it with theft. The term has become perverted by politicians who accuse businesses of facilitating inflation through price rises.

In reality, the reason producers increase their prices is in response to inflation caused by an increase in the money supply initiated by the said politicians.

Shostak says that it’s precisely this kind of deception that is used by politicians to justify their introduction of price controls. The greatest growth in the supply of money in history have occurred over the last four decades against a backdrop in which politicians have been highly sympathetic to neoclassical economic ideas.

Governments and banks who have the power to issue money have benefited the most from this injection of money into the system. Companies and individuals who get money early are able to obtain services, products or assets cheap. This leads to speculative bubbles.

By the time the newly created money filters down to those on fixed incomes at the bottom of the pyramid, the prices of things they want to buy – often funded by debt – have increased.

The wealth accrued from speculative bubbles, driven by unreal world illusions that the dominant mathematically-driven neoclassical school help sustain, is resulting in a widening gulf between the rich and poor. In the past, these illusions have led to hyper-inflation in Germany’s Weimar Republic, Zimbabwe and parts of Latin America (see below).

Shostak notes, however, that Say’s law provides us with an alternative vision with regards to money printing:

“Say’s law means in order to consume, you have to produce first. You cannot consume without producing. In this sense, Say’s law is very realistic and that’s the way everybody understands how the economy really works. Say’s law is the correct description, notwithstanding Mr Keynes who actually tried to abolish it.”

“Money is the medium of exchange. All it has to do is to exchange something you have for something that you want, this is all. It doesn’t really add more if you create more money. On the contrary, it destroys and weakens things.”

Shostak argues that the current Fiat system adds to the instability which he says could be reined-in by a money market backed by precious metals (ie a return to the gold standard).

“We are linked to gold somehow otherwise the paper money wouldn’t be accepted at all”, says Shostak.

The economist argues that, ultimately, the acquisition of money provides minimal defence against a system predicated on unlimited money creation:

“Eventually it’s no different from the Weimar Republic in Germany when they were printing and where wheelbarrows carried amounts of notes that were useless. And this is a similar example of what we had in Zimbabwe and in Latin American countries at some point. It was very tragic and nobody could defend themselves. Rich people became poor. We need to tell the politicians to stop printing money. The Bank of England and the Fed are not helping us. They’re actually hurting us”, says Shostak.

Indeed, as Author and Investor, Mitch Feierstein points out, a significant, but often overlooked, aspect of the money supply situation is the role played by the US Federal Reserve, the Bank of England, the Bank of Japan and the European Central Banks in helping to inflate housing and other asset bubbles. These factors have led to the greatest wealth inequality in history.

“Basically, these banks have not been telling the truth to anybody and we’ve actually entered a phase that I would call a twilight zone that’s kind of Orwellian”, says Feierstein.

The author explains, for instance, how after former Bank of Canada head, Mark Carney, turned the UK housing market into “bubbles on steroids”, he lied by stating he wanted to reach ‘escape velocity‘. This was followed by Janet Yellen who said we’re going to have ‘lift-off’ in America when in reality, says Feierstein, it was “a car crash on the launch pad.”

Another lie was former Federal Reserve chairman, Ben Bernanke’s assertion that the subprime meltdown, which led to the credit crisis of 2008, had been contained. Bernanke, along with Larry Summers, also falsely claimed that pumping more money into the system would create a wealth effect that trickles down. “I have shown that every time they had a monetary intervention, the velocity of money known as M2 went down.”

The author adds that Christine Lagarde, who runs the European Central Bank and who previously ran the IMF, was indicted in France on criminal financial corruption charges that amounted to hundreds of millions of euros. 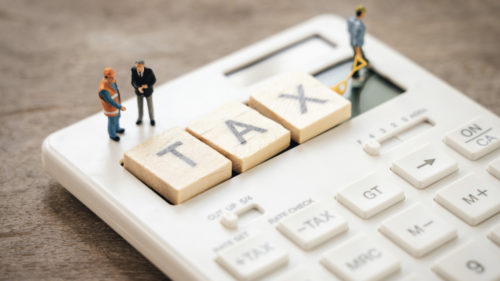 “So you’ve got an indicted criminal actually running the European Central Bank, which should give you a flavour as to why I’m saying the central banks are one of the root causes of the problem of wealth inequality and how we got to where we are today”, says Feierstein.

In the context of the UK, where 14 million people in poverty are dependent on the state for welfare payments linked to inflation, it is, for example, in the governments interest to keep inflation numbers artificially low. The author claims that when petrol costs and oil and house price rises are taken into account, the real UK inflation rate is likely to be in the high teens to 20 percent.

The media that’s supposed to be a check and a balance on our system of government rarely call out the lies, while prominent figures who do, are often banned or shadow banned from social media platforms. All the while, so-called political activists tend to support and push establishment narratives forward. The current direction of travel is one that is highly censorious predicated on public fear, obedience and submission.

What Feierstein describes as “the most savage point in history for economic plunder” is arguably crystallized by the recent spectacle of non-tax paying multi-billionaire, Jeff Bezos, jetting off into space.

“The media diversions being used right now are what I would call ‘woke wash’. They’re using the climate emergency and social justice, which they conflate with criminal justice, to hide the plunder by companies like Amazon. Government bends to the pay to play – the highest bidders – and this is why we don’t have governance anymore”, says Feierstein.

However, not all is doom and gloom. The author envisages that a silver lining will emerge from the darkness:

“With all the asset mis-prices that have been out there, I think that there are still very cheap assets, but people have to be very selective about where they put their money right now. There will be a big draw-down because we’ve gone insane. What’s happening is that governments are spending over ten to fourteen dollars to produce one dollar in gross domestic product. This is all debt that’s done this. This isn’t productive and it hasn’t been for 10 to 14 years. All they’re doing is creating more debt”, says Feierstein.

When describing these insane actions, the famous quote attributed to Einstein readily comes to mind:

“Insanity is doing the same thing over and over and expecting different results.”