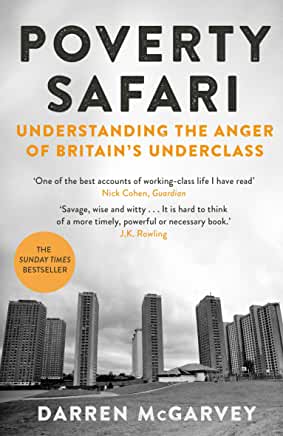 Writer and rapper, Darren McGarvey, argues that the pandemic has laid bare the contours of class inequality.

But this crisis has also shown us that if the will is there, political and economic mechanisms do exist to solve poverty and inequality.

Host, Ross Ashcroft, met up with McGarvey to discuss some of the issues that the political response to the pandemic has laid bare.

Navigating the contours of inequality

The contours of class inequality in British society are outlined vividly by Darren McGarvey in his book, Poverty Safari. The writer navigates with a self-reflective eye some of the themes of everyday working class reality and the coping strategies to deal with the oppressive policies of the British state.

McGarvey notes how quickly the said state intervened to mobilize its forces against communities who questioned its ideological justification for austerity, but also suggests that private-public partnerships have spun 180 degrees in the opposite direction to administer rapid support for these same communities under the pretext of public health. According to McGarvey, there is a “silver lining” in the Covid cloud.

McGarvey’s highlighting of this apparent contradiction is centred on the notion that the potential for radical change is nullified by the working class in circumstances when, during periods of crisis, they are dependent on the state for their well-being.

“History shows us that we only get social change when people in power feel that they have no other option. And sometimes they will make concessions when they feel that their instincts or power are threatened. And I think that the pandemic really did bring that into sharp focus”, says McGarvey.

As a writer who experienced poverty himself, McGarvey is aware that the care industries that have flourished as a result of the growth in inequality, have minimal connection to the actual impoverished communities they claim to advocate for. That the left has lost so much political ground in recent years is perhaps indicative of the moralistic engagement the poverty industry continues to have with clients.

Although care professionals have a theoretical grasp of the everyday issues such as depression and isolation the poor are faced with, they don’t understand, in a practical way, how the said issues are inextricably linked to compulsive negative social behaviours such as gambling, alcohol and drugs. 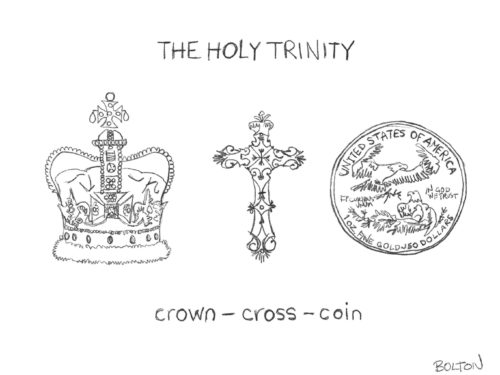 McGarvey says that the market builds in ‘supply and demand’ stress management ‘solutions’ to structural problems which are registered within the system as GDP success stories. People with social behavioural problems are more likely to spend money on the consumptive parts of the economy than contented people.

Although solutions to negative coping strategies can sometimes be found in the economy, dealing with the harmful aspects of these issues is complex and the response of the state, often contradictory.

“On the one hand”, says McGarvey, “the free market system is about individuals acting rationally within a marketplace and that this is how society organizes itself. And yet the companies who sell us products work very hard to undermine our rationality by appealing to primitive impulses, fears and insecurities.”

“When you’re not acting rationally within an economy, you’re acting irrationally as a product of powerful, seductive advertising. The spike in suicides and obesity, the mental health crises, the pornification of human relationships and the sexualization of children, are all toxic by-products of a system that determines success and failure along with what cash is going through the register.”

In his book, McGarvey refers to the ‘underclass’ as a subset of the working class. These are people who have been socially excluded since early education and who “suffer from the psycho-social impacts of trauma, of living in communities where violence is not just a physical threat, but the language that’s constantly being communicated and interpreted.”

They often have nobody to advocate for them and their access to support within an outdated and punitive system is limited.

“We have the trappings of a modern society. We have the rhetoric of a liberal society. But in terms of our attitudes to property, to crime and punishment and patriarchal structures, we still have a lot in common with the ancient world”, says McGarvey.

These structures are embedded into the fabric of British society. They are associated with both a growing underclass and an historical, antiquated and opaque model of land ownership derived from the unearned income of a wealthy, and largely anonymous, class.

The fact that unaccountable landowners can hide behind legal personalities means that capturing community value and bringing the underclass to the table is a difficult task.

“These landowners receive massive subsidies for developing the land in accordance with the public good. But even if their land then gains value as a result of that public subsidy when they sell the land on, then they continue to get all the profit”, says McGarvey.

“Landowners have tremendous political power and influence. And this is why the system of land ownership in Britain and in Scotland hasn’t changed much in a few hundred years”, says McGarvey.

The author argues that unless the highly concentrated system of landownership is liquidated, the accruing of social ills will continue.

“It’s in this system of landownership that you find all of the necessary ingredients for a deeply unequal society. When someone owns a piece of land, whether it’s a property developer, whether it’s some other private enterprise, consortium or one individual, then they set the price for everybody who works, plays and lives there”, says McGarvey.

“While people will not necessarily associate that with inequality, what it means is that the economic future of everyone depends on the whims of the people who own the land and the property. Land inequality speaks to, and necessitates, every other form of inequality.”

It’s this outmoded conception of landownership that is central to an understanding of Britain that is undemocratic and politically insecure. On the world stage, its political class are trying desperately to resurrect notions of empire and to manage the country’s decline.

McGarvey argues that to reverse the decline, there needs to be a greater emphasis on the scientific method as the guiding principle that drives policy. There also needs to be major reforms both to Britain’s electoral system and its various outdated media, public politics, finance, education and criminal justice institutions.