The right to shelter is a human necessity. The same can be said for food and water without which humans would not exist. Unlike commodities such as gold and silver, access to housing is a human right.

So why is the ability to call a home your own becoming the privilege of the few as opposed to the right of the many?

Priced-out by the monster

In the documentary film, Push, Global Director of The Shift, Leilani Farha, and Filmmaker, Fredrik Gertten, address how gentrification and spiraling house prices are pushing a cross section of socioeconomic cohorts into both debt and out of cities. Gertten argues that generations have been displaced by an incomprehensible corporate monster, which is transforming where they live into a “financial circus.”

In what Nicholas Shaxson terms a “finance curse”, tax haven-based multinationals are buying up huge swaths of prime urban real estate for money laundering and investment purposes in neighbourhoods like London’s Notting Hill and Islington. Many former thriving local communities are now exclusive socially cleansed enclaves. The corporate housing sector reap the financial benefits by dodging tax with one hand while extracting high rental yields with the other.

Leilani Farha makes the point that the hollowing out of cities has been perpetuated as a result of the inward flow of corrupt money which the implementation by governments’ of golden visa policies have encouraged.

This corrupt money then filters into society through the leisure, hospitality, service and culture industries, and thus into wider society, making it difficult for governments’ to track its origin. The absentee property investment market is not immune from this process which inevitably adds to both the unaffordability of housing and a lack of good community-building.

Urban administrations in Berlin, Barcelona and elsewhere are beginning to respond to the democratic demands of citizens to rein-in the influence of the corporate housing sector. Progressive governments’ are recognizing the need for cities to function as wealth creators in the real economy as opposed to wealth-extracting, investor-driven entities in the financial economy.

The problem, says Farha, is the likes of Blackstone and its CEO, Stephen Schwarzman, tend to wield incredible power. The revolving door between the political class and the lobbying power of corporations means that vulture capital is able to run roughshod over the majority of the worlds legislatures, even though housing is a human rights issue and many governments’ have deigned their commitment to it by signing international treaties to that affect. 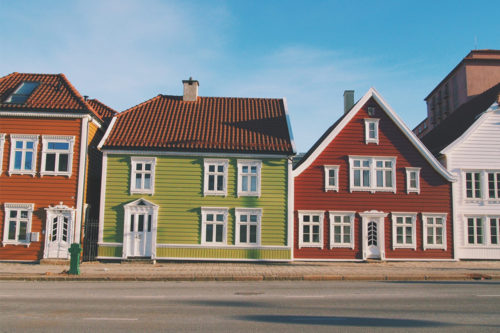 The Myth of Housing Prices

While tracking the issue during the making of Push, Farha and Gertten nevertheless witnessed some brave politicians, most notably in Denmark, who have taken evasive legislative action against the undermining by big private equity of human rights.

Linking these rights to housing, however, is problematic in the sense that the corporate housing sector narrative is linked to the service and financialized-based capitalist economy which, historically, has disregarded such concerns.

Dissembling language used as a camouflage

The corporate housing sector, often with the complicity of governments’, uses dissembling language in order to camouflage what it does, which is essentially to buy assets, flip them on to the market for rapid profit and repeat ad infinitum.

Farha argues that in order to break the narrative down and control it, the public needs to be able to penetrate the economic and legal terminological framework.

Fredrik Gertten makes the point that in central London the corporate housing sector uses dissembling language as a method for land-grabbing.

Similarly, Professor Joseph Stiglitz argues that the sector is no longer concerned with the productive economy, but rather, the strategy of corporations like Blackstone is to “fish for fools” and then to exploit them through wealth extraction. What this process amounts to is a massive Ponzi scheme predicated on vulture capitalist business models centred on the accumulation of rapid profits.

Leilani Farha posits that the logical conclusion of the on-going process of financialization, is impoverished and unsustainable cities:

It doesn’t have to be this way. Governments in Berlin, Denmark and Catalonia among others are fighting back having introduced legislation to help capture community-created value and prevent the kinds of rush for profit and the wrecking of communities that this entails.

Farha says that taxation measures and an insistence that governments’ adhere to their human rights obligations, are also useful tools in helping to rein-in the vultures.

“Yes, it’s important tax policies are used. But it’s also about re-engaging the social contract. I’d like to see that big step back which is what Denmark, Barcelona and Berlin have been saying. They’re reasserting through people and people’s claims, that housing is a human right and a social good and not a commodity to be played with on stock markets and by financial actors.”