“The EU is being mean to us by not capitulating to our every demand.”

This is the kind of illogical refrain often heard from unscrupulous multi-millionaire pro-Brexit politicians in their attempts to persuade the public of the alleged merits of their spurious arguments. Reinforced by a biased corporate ‘mainstream’ media whose front page headlines often portray the EU as a monolithic dictatorship intent on denying its member states their sovereignty, the intention is to paint the UK as the pole bearer in reining back the overarching power and influence of its chief negotiator, Michel Barnier who they depict as unreasonable and intransigent.

Marching to a different tune

That Barnier would want to negotiate in the best interests of the members of the European club, as opposed to those of a member state that has decided to leave, is painted by the corporate media as a selfish and irrational act. With the UK marching to a different tune to the rest of mainland Europe it is nevertheless the latter who the pro-Brexit ruling class insist are out of step. It would appear that among sections of the ruling class, UK exceptionalism in a post-colonial world is as entrenched as it was during the height of the empire.

The notion that Britain will continue to ‘rule the waves’ having exited from arguably the largest and most successful trading bloc in the world and that other nations will be begging it to negotiate a deal on the UK’s terms, is naivety to the point of stupidity.

But this is what the pro-Brexit establishment have convinced many into believing. Their sleight of hand deceptions are intended to favour the financial interests of an elite hedge fund banking class predicated on low tax and regulation jurisdictions of the kind established in places like Luxembourg and Monaco. 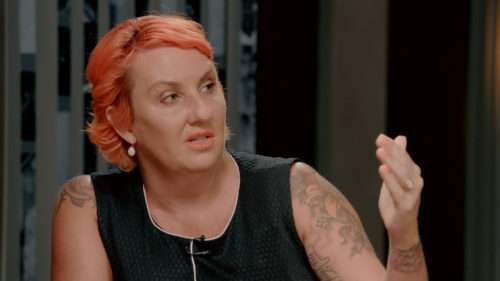 The Grandparents of Brexit

That an ultra-elite class of pro-Brexit politicians have managed to successfully convince a large swath of the electorate they are selfless anti-establishment figures on the side of ordinary working class people, is one of the greatest tricks the devil has ever pulled. Contrary to the often repeated claims of Brexiteers, the LSE has shown that the referendum result that narrowly favoured a Brexit outcome, does not in fact reflect the will of the people but is a fraud perpetuated on them.

The latest manifestation of the looming Brexit disaster is the revelation that citizens will be invited to stock-pile food.

Supermarkets have warned they will be unable to horde supplies in the event of a no deal Brexit and claimed that ministers were naive for suggesting they could.

With fears arising from a sudden hard Brexit from the EU in March 2019, both the PM, Theresa May, and Brexit Secretary, Dominic Raab, claimed there would be adequate food supplies whatever happens. Retailers, on the other hand, said their supply chains are extremely fragile and dependent on the flow of goods through ports.

Tons of food comes across the channel every day. A sudden no deal Brexit could see ports mired in delays or even shut until new customs procedures are established. Result: stale food or no food. Crucially, the British Retail Consortium (BRC) said the stock-piling of food is not a practical response to a no deal Brexit and the industry has not been approached by government to begin planning for the potential outcome.

This begs the question as to what the Tory government have been doing during the past two years in preparation for a possible hard Brexit outcome. The BRC said that “British retailers do not have the facilities to house stock-piled goods and, in the case of fresh produce, it’s simply not possible to do so.” They continued, “This is yet a further demonstration for the need for an agreement on the backstop to ensure friction-less trade is maintained after the 29th of March, 2019.”

Ian Wright, chief executive of the Food and Drink Federation, told the Financial Times: “I would very much welcome a conversation with government.”

It ought to be alarming to the British public that the Tory government, at this late stage, haven’t even discussed any contingency planning in this matter. Their approach appears to be to cross their fingers and hope for the best, instead of ensuring they protect the citizens who pay their wages which is what they are tasked to do. Instead, Theresa May, in her infinite wisdom, made the decision to take a two month summer holiday.

In a recent TV interview the PM said:

“I can’t deny that stock-piling is officially happening. Far from being worried about the preparations we are making, people should take reassurance and comfort from the fact that the government is negotiating Brexit.”

“We are working for a good deal and we’ll get a good deal, but because we don’t know what the outcome will be, let’s prepare for every eventuality.”

Experts in the field have made it clear to the government that those in the supply chain need certainty as soon as possible in order to prepare appropriately for a hard Brexit. The onus is on the PM to achieve that certainty in order to avoid the very real potential of a food crisis hitting the country. Her vague rhetoric is hardly a reassuring prospect for millions of British people.

So under these circumstances, are Brexiteers that confident the Tory government will indeed be able to take charge and prepare for every eventuality?

How did corporate interests coupled with desk bound administrators drive one of the most abhorrent chapters in human history?