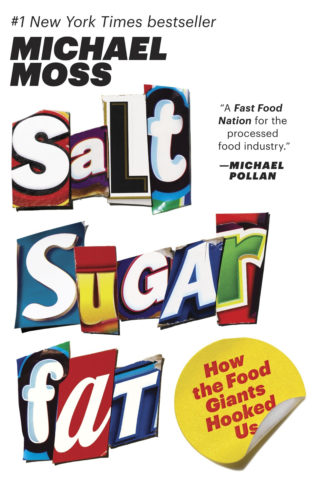 Welcome to diet season. The idea at the heart of every diet is that if you’re fat, it’s solely your fault. But what if that simply isn’t true? Yes, sedentary lives have expanded our waistlines, but so too have the multi billions of dollars that the food industry pump into feeding us lies year after year.

The vicious circle is pernicious. Food scientists’ engineer crave-able products that have ‘bliss points’. Consumers lose control of their eating habits and then their will power. Self blame kicks in and then self-esteem plummets. In order to temporarily escape those understandable negative feelings, consumers find themselves back at the food store.

Renegade Inc host, Ross Ashcroft, met up with author of Salt, Sugar, Fat: How the Food Giants Hooked Us, Michael Moss, to discuss how food has increasingly become an intrinsic part of a profitable industry that’s detrimental to our health.

Picking up on themes first discussed almost two decades ago by investigative journalist, Eric Schlosser in his book, Fast Food Nation, Moss highlights the various techniques agri-business utilize in order to ensure the public is hooked on junk food. Much of this relates to the chemical components contained in food that make it taste good.

The aim is to boost the profits of the corporations. As Moss attests, the systematic subordination of food to profit can be traced back to the break-up of the traditional nuclear family. It was during this period that a food industry emerged that began to exploit our desire for convenience. “Food companies are incredibly good at tapping into the biological instincts we have for cheapness and convenience”, says Moss. 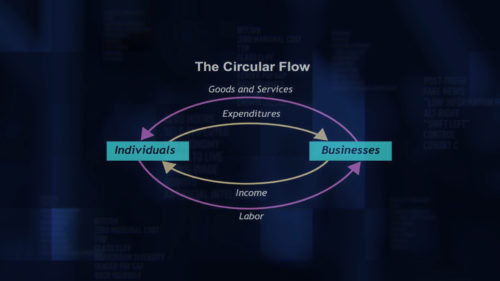 Moreover, as Harvard-trained experimental psychologist, Howard Moskowitz noted, humans have an innate biological attraction to sugar. The problem for nutritionists is not that sugar is added to create what Moskowitz termed a “bliss point” for humans in relation to food that’s naturally sweet, but rather, when corporations add it to food that isn’t.

Sharon Beder notes that one of the more sinister aspects to this, is the way the industry, through marketing campaigns, have manipulated and exploited children into demanding sugary products. Corporate marketers believe that over time children can be shaped into lifelong consumers with brand loyalties.

One of the revealing aspects to emerge from Moss’s research is the fact that CEOs rarely consume their own highly profitable food products because they know how damaging the formulas are. What the industry calls “the least cost formulation”, relates to the way the food giants constantly redesign their products with additives, high sugar, fat and salt content in mind on the basis that the consumer likes its food as inexpensive as possible.

The damage to public health resulting from this formula is, nevertheless, a price the consumer appears to willing to pay in order to offset any inconvenience to their lifestyles.

“Forty per cent of American adults are currently obese. Another third of the country is overweight approaching obesity. There’s diabetes. There’s gout. There are all sorts of other health issues along with the discomfort and agony of having lost touch with something that we used to love – cooking food with family.  It’s our history. It’s our culture. It’s warmth that we’ve sold off to the companies in exchange for what we thought was a better deal – convenience and cheapness”, says Moss.

Food executives are deliberately exploiting this situation. They know that their pernicious strategies are leading to a public health crisis but continue regardless, driven by a competitive logic and the need to maximize profit. “That’s how they get through the day”, says Moss.

The issues are compounded given that the addictive nature of the ingredients put into junk food is, for some people, akin to drugs. The compulsive behaviour people have towards processed food is borne out of a sense of isolation in which snacking at fast food restaurants, for example, is seen as a stop gap to fill an empty hole in what are often sad lives. “The food itself is isolating. By design, their products are made to work for us in isolation”, says Moss.

The poorest members of society are disproportionately affected by the kind of corporate strategies that persuade them to consume their product. Moss equates this to a war skillfully waged by the corporations against people who have lost control of their eating. “The bottom line”, says Moss, “is that many of us are vulnerable to their advertising, their formulas, the marketing of their products and the attractiveness of those products.”

To counteract weight gain, people often resort to a diet industry that rarely works. Thus, they are bounced back to the food industry because it gives them comfort from what they perceive to be a form of self-blame.

“It’s a vicious cycle not realizing that you’re not the problem, the companies are the problem”, says Moss.

Fundamentally, it’s about people taking back control and being able to recognize the tricks corporations use to make us dependent. This involves everything from the use of bright colours, the positioning and packaging of products and bold lettering intended to detract attention from the small print.

One of the strategic push backs of corporations has been to argue against governments’ imposition of sugar taxes designed to sway consumers away from high sugar products. The ‘nanny state’ notion in which corporations have attempted to shift responsibility for their failings back on to the consumer in the form of self-blame, is a move that has, paradoxically, helped create a culture of public awareness against the food giants. This is starting to impact in positive ways.

“People are caring more about what they put in their bodies and they’ve stopped buying some of the junkiest products in the grocery store. Just that little bit of dip in sales is convincing the companies that they’re going to have to start doing better by consumers”, says Moss.

Ultimately, people need to regain the art of cooking and to teach the next generations about the value of real food. “I think in and of itself, this can be strong enough to push back against the advertising that will continue to bombard them for the junk stuff”, says Moss.