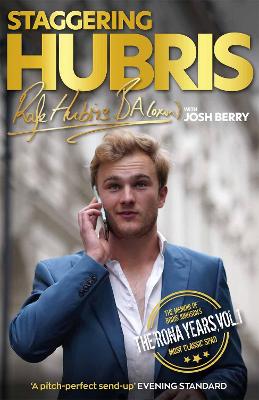 This week’s guest is a man who single handedly steers the Tory government through the high seas of politics.

Based in Clapham, but with a global perspective, Rafe Hubris, via Oxon, met up with host, Ross Ashcroft, to discuss politics, writing, his memoir and himself.

When the PMs adviser, Rafe Hubris, was last interviewed on Renegade Inc., something untypical happened. Normally, the show rarely gets negative inbound from viewers, but following the Hubris interview, our mail box was inundated with less than favourable comments.

One viewer wrote: “Arguably, the most obnoxious half wit I’ve ever had to endure.” Someone else wrote: “Stereotypical Tory, more front than Harrods, but the brains of a rocking horse.” Finally, another viewer asked, “Who is this smug ****?”

Undeterred, and having seemingly recovered from a hangover from the infamous 10 Downing Street Christmas party that he helped organize, Hubris appeared to be in somewhat of a ebullient mood. The political adviser and strategist describes what, for him at least, was a highlight of the party – midget throwing.

“The most exciting thing was we had all these midgets that we got from the dark lab. Basically, if you pay these chaps enough, like in the Wolf of Wall Street, they’ll come and you can just throw them at targets. We have this massive target of like Ursula von de Leyen’s face. They absolutely love being thrown.”

Hubris says that some of the highlights of the year include the leaking of sewage into Britain’s rivers, the prioritizing of dogs over children as part of the evacuation process in Afghanistan and the legal action against the RNLI for helping to prevent migrants from being rescued from the channel.

With such an inhumane set of priorities, underpinned by a ruthless ambition to succeed in front-line politics, Hubris is almost certainly set for lucrative political career. Indeed, in this regard, the Tory strategist has made a promotional film to help persuade the public of his credentials.

In the film, which Hubris wrote, starred, narrated, conceived and directed, he declares himself to be team player, lone wolf charmer, ruthless and a future Prime Minister.

In the video description for the film, Hubris also refers to himself as a political Jesus with the features of Leonardo DiCaprio, the athleticism of a young Rafa Nadal and the sexual stamina of Sting.

The political adviser never tires of reminding the public that he has an Oxford degree but tends to want to skirt over the fact that an Oxford education is usually tantamount to politicians both lacking real word experience and being fundamental failures in most of the roles they have undertaken.

An alleged self-styled ‘handsome’ and ‘cute’ man of the people, Hubris owns a PR agency and claims to be an early stage tech investor.

In another attempt at self-promotion, the political strategist made a second film where he is depicted as having turned down a request to appear on the TV series, Love Island, on the basis that women on the programme are all working class.

“We spend so much time in politics trying to make a difference. I have studied those people with the ferocity of someone halfway through a Plato’s Republic tutorial essay crisis with two hours to write an essay. I know what makes them tick. And they love me. They’re drawn to me. I have charisma”, says Hubris.

Also in the film, Rafe is keen to announce that he has written his memoirs which he claims is already a number one best seller even though, to date, it hasn’t been officially released.

“He said it was incorrigible. But he’s very dyslexic. So I think he meant incredible”, says Hubris.

One of the themes in the book that comes through quite strongly, is the issue of recreational drug taking in Westminster. Hubris says that the problem is so big that one of the Metropolitan Police’s best sniffer dogs died and another one ended up in rehab.

“He’s currently on two grams a day which is a lot for a cocker spaniel”, says Hubris.

The political adviser says that writing the book changed the way he thinks about the world:

“To be honest, says Rafe, “it made me realize I can literally do anything I put my mind to. I wrote it whilst managing Hubris PR [his company] on the side.”

Hubris claims to have advised Prince Andrew and currently has his sights on Ghislaine Maxwell:

“I hope she gets off, legally, of course, not sexually. She got off with too much sex to begin with which is why she’s in court in the first place. That’s the problem. But if she can get off, then I think I’ll be able to help her out”, says Hubris.

For somebody who claims to be a man of the people, it would appear incongruous that Rafe’s preferred sport of choice is rugby as opposed to football.

Hubris says that he prefers rugby fans because, according to him, they’ve got better manners, better teeth and they know who Chaucer is.

“Can you imagine talking about the merits of the Miller’s Tale with someone who smells of Bovril with a face full of soot. I mean, you know, that’s not going to go very well. They’re very difficult to understand the northerners. Because they’ve been in the mines so often, you literally cannot discern their faces”, says Hubris.

On the subject of blackened faces, Renegade Inc. can reveal that there is currently a photograph circulating on the internet of Hubris in blackface whilst burning a £50 note in front of a homeless man doing a thick Jamaican patois. Hubris denies the allegation. claiming that it was actually Justin Trudeau who was responsible.

Aside from politics, Hubris has funded a clutch of business start-ups, predominately in the tech space.

Rafe explains the rationale behind the app, Cafrica: 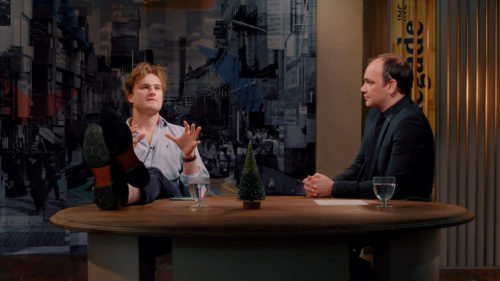 Hubris is also keen to highlight, VIP Rubs, a dating app targeted at women who are, in his words, “sufficiently high end with good semantic awareness.”

“We don’t want people in our Pret’s in Westminster, Islington and Fulham saying, ‘Hello, can I have a bacon sandwich please?’ You know, we want people who are saying it properly.”

On the subject of Pret, Hubris recently did a charity bike ride to raise money for the company despite the fact that the business is privately owned and based in Luxembourg.

When asked to explain his reasoning, Hubris said:

“I just wanted to do something greater than me. I’ve been very fortunate in my life to frequently enjoy a selection of vastly delicious deli based sandwiches. And I want to give back to the organisation that facilitated that for me. It’s a cause close to my heart and makes me feel proud to be British.”

“First, Matt Hancock will keep reinventing himself with the fervour of a divorcee at a wine bar and inevitably fail and end up on Strictly or I’m A Celeb.”

“Second, Carrie Symonds is going to acquire a lot more power and use that power from the Prime Minister to assemble a big cadre of Afghan dogs that she sets on anyone who disagrees with her spending plans.”

“Five, Lindsey Dawes is going to keep being a massive waffer mater.”

“Six, Scotland is hopefully going to to go independent, and, seven, very excitingly, very big news, is that I, Rafe Hubris, will become Youth Minister.”