In the latest edition of Renegade Inc., host Ross Ashcroft, looks back over the year and selects choice cuts from some of the shows excellent contributors.

Another year and predictably more poking of the Russian bear. Back in March, we met up Irish MEPs Clare Daly, and Mick Wallace, to talk about Russophobia. Daly made the point that Western governments fall over themselves to continually castigate Russia as the bad guy to justify spending billions and billions on weapons in the name of defence.

Provoking Russia in this way is a dangerous game. But Mick Wallace was circumspect in his analysis that Vladimir Putin is capable of shrugging off such threats mainly because the entity making them, the EU, is essentially controlled by Germany and France both of whom Russia has a reasonably good relationship with.

The Spring of 2021 was marked by a ramping-up of anti-Russia rhetoric. But as analyst, Alex Krainer, emphasized in an April edition of the programme, this rhetoric effectively amounts to political posturing, the objective of which is to provoke Russian aggression in Ukraine. This could serve as a pretext to exert political pressure and to stop the completion of the Nord Stream 2 project.

Krainer suggests that the reason the West might want the project halted is because they are facing a potential energy crisis over the next 10 to 20 years stemming from a rapid decline in their production of fossil fuels from conventional sources. The priority of Western military and policy planners is to transition away from fossil fuels (the supply of which they are largely dependent on Russia, Iran and Venezuela for), to renewables like solar or wind power.

In the Autumn, Biden oversaw America’s chaotic withdrawal of Afghanistan, gifting the Taliban an emphatic victory, coupled with billions of dollars of military hardware. The Afghan loss is the catalyst for transforming geopolitics in the Middle East or, as it’s fast becoming, West Asia.

Former Marine Corps Intelligence Officer, Scott Ritter, explained how the US departed from the country with its tail between its legs:

“We had special operations teams running amok in Afghanistan. It was a massive defeat for the Taliban. We drove them out of power and we drove them pretty much out of Afghanistan. And that’s what victory looks like.”

“Twenty years later, Afghanistan belongs to the Taliban. That’s what defeat looks like. You have to be on hallucinogenics to think that somehow what has occurred here is anything other than an absolute utter defeat.”

In the episode, Welcome To West Asia, Writer and Analyst, Sharmine Narwani, posited that the fall of Afghanistan can be seen as an attempt by the people of the region to reassert narratives stripped from them by Western imperialism.

With US hegemony in decline, the promise was we would get a multi-polar world. But as economist, Michael Hudson, pointed out at the end of September, the reality is the world is becoming bipolar. And as the US sanctions more and more countries that it doesn’t like, it hasn’t realised how counterproductive these measures really are.

One of the mega-trends this year has been inflation. Ironically, after printing so much money, central banks have been blindsided by it. Commentators often talk about hyperinflation in the Weimar Republic and liken it to what’s coming down the road.

But in an August edition of the programme, economist, Richard Werner, argued that this kind of a comparison is not particularly helpful. The economist, says that the kind of disastrous outcome witnessed in the Weimar period is invariably the result of policy decisions made by central banks and other central planners, governments and policymakers.

Werner argues that hyperinflation didn’t happen by accident, rather, that it was man-made with a rationale behind it. The economist emphasized that it’s the Stalinist Soviet Union, not the events during the Weimar era, that is the most relevant comparison to the contemporary situation in the UK.

“What we have”, said Werner, “is massive, drastic across the board, interventions by the government introducing restrictions on so many parts of the economy as we’ve never seen before in the UK.”

“In an inflation scenario, central planners will introduce all sorts of further central planning measures if they want to. The parallels are there – big queues, people not allowed to do certain trades and price controls.”

A fourth UK-Soviet comparison, says Werner, is the inability of people to use cars: 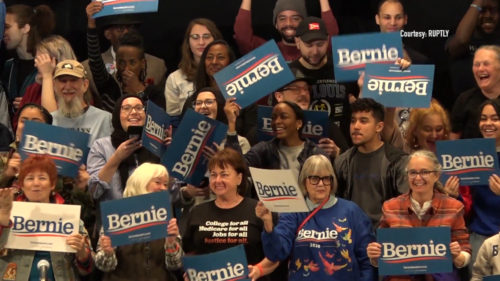 “In the Soviet Union, car use was restricted to the Politburo and the party cadre. Everybody else had to make do with public transport. We can now see something similar being played out in the UK resulting from the impacts of the smooth morphing of the COVID agenda into the climate change prevention agenda”, says Werner.

The transition to electric cars will exclude huge swaths of the UK public from car ownership because the electricity supply required for the mandatory switch to electric cars is unlikely to be sufficient to meet demand.

The current shift in UK central planning policy is ostensibly an attempt by the state to curb genuine levels of inflation, the rates of which investor, Mitch Feierstein argued in November, are being kept artificially low.

The investor asserts that the real inflation figure in the UK, when factors like petrol costs and oil prices are taken into account, is close to 20 percent. Many people need to drive petrol vehicles simply to earn a living but are effectively priced off the roads as a result of policies that nobody voted for.

Feierstein argues that there is a crisis of legitimacy in both government and media which the investor says is a gigantic problem for society:

“The media is supposed to be a check and a balance on our system of government. Instead, what they are, are political activists who support and push forward a narrative of fear. A fearful public is an obedient and submissive public and this is what they’re trying to achieve. What we have now is the suppression of free speech with censorship. And so when that happens, you are sowing the seeds of a totalitarian dictatorship. That’s the direction we’re headed in, and it’s very dark”, says Feierstein.

No end of year round up is complete without talking about the mechanism of inequality that is the housing market. Asset price inflation has again skyrocketed all over the world, leaving many unable to access shelter, which, as Leilani Farha pointed out, is ruining cities and creating a lot of human misery.

But it doesn’t have to be like this. The COVID crisis revealed that governments did have a magic money tree, after all. So what if a progressive government decided to implement targeted spending on sectors in the real economy that added real value? Darren McGarvey emphasized in a discussion we had in May about what is possible for communities on the ground in terms of state intervention during periods of societal instability.

The mantra of the neoliberal lobby that has been used over the last 40 years is that endless economic growth is good, even though we live on a finite planet. The one word that was noticeable by its absence at COP26 in Glasgow this year, was the word degrowth, which is what progressive governments should now be pursuing instead of banging the drum for yet more consumption.

In the view of economic anthropologist, Jason Hickel, the existing plan, such as it is, to grow all sectors of the economy indefinitely regardless of whether it is needed, is irrational. Hickel says that to tackle ecological breakdown we need to adopt a more rational approach to issues around public health, transportation, education and renewable energy. This involves prioritizing human need over the interests associated with capital accumulation and elite power.

Hickel points out that justice and ecology go hand-in-hand:

“We must be clear that there’s no ecology without justice, and there is no justice without ecology. And that is, I think, the direction for progressive movements in the 21st century.”