Further reading: Monitored: Business and Surveillance in a Time of Big Data We all know that we’re being watched, listened to, tracked, traced and monitored. So we have a simple but important question: Who ensures those people in positions of power and those with corporate monopolies remain accountable?

The monopolists or corporate elites, who are heavily invested in Big Tech, algorithms and surveillance capitalism monitor the public as a means to boost profits. But who is watching the corporate world to check the extent of their snooping on us?

In his book, Monitored, Peter Bloom provides not just an understanding of the technicalities of how the public is being monitored, but the ideologies that underpin it. The book reflects about how, even when people think they’re being critical, are often unaware that they are also a monitored subject. The author suggests how these ideas infiltrate the ways in which the public think and envision change.

Bloom’s central thesis, is that the more corporate elites seem to be tracking us, the less the public appears willing to want to monitor and track them in return. Certainly, corporations are resistant to the idea of the public turning the tables on them.

This is a situation that Bloom wants to change and argues that, in any case, corporations are not in a position to have complete control over the process. He points out, for example, the way that mobile phones have been used to better document police brutality and that technology has helped further the public’s sense of justice in terms of accountability issues and tax evasion.

The struggle against the lack of corporate accountability and transparency on the one hand, and the protection of public privacy on the other, are ongoing empowerment issues. While Bloom acknowledges that currently corporate elites or monopolists have the upper hand, he nevertheless maintains that a publicly-driven tracking and monitoring system could lead to a more socially-distributed and flatter hierarchy where real-time decisions and information sharing are undertaken, not primarily for corporations, but for the benefit of society as a whole.

One way corporate elites are already getting around this, argues Bloom, is by engaging in co-option and value-shifting strategies that include the investing of capital in certain communities, ostensibly for their empowerment, but which in reality, are monitoring techniques for disciplining and exploiting them.

Bloom suggests that there are a number of different ways of reversing this process so that the corporations engaging in the tracking can, themselves, begin to get tracked and monitored. The example of the Panama Papers is one level where this is already happening. Another example is the way in which the police who engage in brutality and violence have been held to account as a result of the use of bottom-up monitoring techniques that have documented them.

A third way to potentially reverse the process is to shift big data from that which currently monitors the productivity and efficiency of the masses, to a notion of big data used to instill a planned economy that works for everyone. Bloom says that big data currently collected through monitoring and tracking, is used against the masses in an inherently biased way, and it’s this which marks a point of contradiction within the capitalist system.

Keeping an eye on us

The author highlights three main reasons why the elites are so keen to keep an eye on us: The first is their insatiable need for profit. The idea behind the Metaverse, for example, is all about knowing people’s preferences and mining their data to serve the public’s predictive choices in order to flog them the latest widget. In this way, the public themselves become the product which is why the services offered to them are all free.

The second reason is the use of a whole range of data to discipline, guide and manipulate individual behaviour in certain ideological directions.

“I think increasingly what we’ve seen is the ability to fully monitor people, less in the direction of full overt control, and more in a direction of making people think that the choices that they’re making are autonomous”, says Bloom.

The third reason the elites are keen to keep an eye on us, is for the purpose of weaponizing and militarizing data.

“The more you deregulate markets”, says Bloom, “the more that you have hyper-capitalism and the more you, ironically, need to control people.”

The Pinochet regime in Chile was an illustration of how in the past, neoliberalism necessitated a form of control that was occasionally accompanied by the authoritarian fist. Now, this is no longer necessary. Instead, other forms of coercive methods are used to ensure that people make the ‘correct’ financial decisions.

“In a certain sense, it’s not so much a tradition of we’re just going to incarcerate people. It’s more about actually better understanding what it is that the status quo can maintain, co-opt, incorporate, but also what it needs to repress and discourage. And some of this relates to selling people big data surveillance technology, while some of it is in terms of being able to co-opt things like moving them from jail to pay for their own rehabilitation. In an age of capitalist crisis, the elites are using big data to profit and promote various forms of resiliency. It’s about real time understandings of how to ensure that the system, whether it’s at an individual, organisational or state level, is resilient”, says Bloom.

The question is, how can we begin to go from an oppressive and disciplining form of tracking that is often about monitoring for nefarious purposes, towards trying to understand how this could be used in a way that actually allows elites to be held accountable and, in the long-term, move from a society where they are driven towards narrowing the possibilities through which they are able to create monopoly positions?

The withholding of the monopoly tide driven by the insatiable motive of profit maximization, is a hard sell expectation. Have the corporate elite got such a high level of monopoly control that the public should just accede to their demands? Bloom is optimistic that a paradigm shift is possible, highlighting how traditional notions of intellectual property rights are largely disintegrating.

The widespread collateral damage in Baltimore that resulted from the Wells Fargo scandal, is an example of how important it is for the public to be able to track the unmonitored as opposed to feeling that they are monitored subjects in response to a crisis in capitalism that ignores the human costs resulting from, in this case, easy credit. 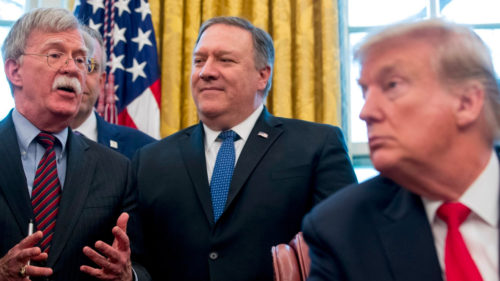 The logical conclusion if we continue down the track of being denied the ability to monitor the elites, is Jeremy Bentham’s unrealized design for a total institution which allows a single warder to monitor everybody else. But Bloom’s pragmatic argument is that if the tables are turned on that scenario, the shoe would be on the other foot.

Bloom adds that for someone like Foucault, technology is all about self-discipline. Even if people are unaware that they’re actually being watched, it’s the assumption of being watched. Bloom takes Foucault’s premise radically one step further by positing that this also shapes how we monitor what we believe is possible and changing the notion of what surveillance is by insisting that we be allowed to see who’s watching us.

“We can think that a warden is actually watching us”, says Bloom, “but maybe there’s a whole range of different technologies watching us. And what are the possibilities for tracking and then also utilizing them potentially for monitoring and tracking elites and then creating a system that we track and monitor things in a much more egalitarian way?”

Bloom concedes that society is not at that point yet and has some way to go before his egalitarian vision is realized. More importantly, though, the author is to be congratulated for fleshing out that vision in the first place. It might be a hell of a mountain to climb, but Bloom, in the final analysis, says it’s one that we have to climb.