When most people think about economics the image that tends to be conjured up in the forefront of their minds is of jaded old white men from privileged backgrounds discussing abstract ideas in boardroom settings.

Renegade Inc. host, Ross Ashcroft met up with the head of economics at University of Bristol, Sarah Smith and head of research and schools Ali Norrish to discuss why it is that only one section of society get a seat at the economics table and what can be done about it?

The language of power

For those of us from diverse backgrounds versed in the dismal science, the task of changing the economic language of power and winning hearts and minds is challenging. One of the major problems to be overcome is the widespread sense of visceral alienation that people have towards the discipline – a situation which, as Norrish acknowledges, is perpetuated by the fact that nothing of its societal significance is matched within the existing education system.

The public understand that the economy is really significant and impacts on their lives, but feel alienated by terminology and jargon that’s intended to circumvent them. Shortly after the 2008 crisis, the then Archbishop of Canterbury, Rowan Williams, said “economics is too important to be left to economists.” What Williams meant is that, in his view, the discipline needs to be recognized more as social science sufficiently reflective of the lived experience of everybody in society, and less as an authoritative form of power.

In citing economist Nicholas Stern’s work on the damaging socioeconomic impacts resulting from climate inaction, Sarah Smith acknowledges that economics is fundamentally about trade-offs between what we do today and what we do tomorrow.

Countering the notion that the discipline is any more narrowly defined than other science-based professions, Smith says:

“I think there’s a real gap between how people think economists think and how economists actually think which has been damaging to the discipline. Economics is health and education, inequality, globalisation and climate change which are all things that are part of the economy”.

The economist rejects the notion that economics is inherently aligned to the neoclassical (neoliberal) school stating, rather, that it is a consequence of value judgement’s made by politicians. Smith views modern economics as a value-free empirical tool that provides people with evidence to help them understand problems. However, it’s hard to deny that many economists feel disconnected from the social outcomes of policies that they recommend.

This is where Ali Norrish’s work comes in. By joining the various social and economic dots, the economist provides a window for the public to understand cause and effect issues that impact on their lives and how society is something that is made, and can be shaped by, human beings. The economy, by contrast, is widely seen as a physical force that humans can’t control. 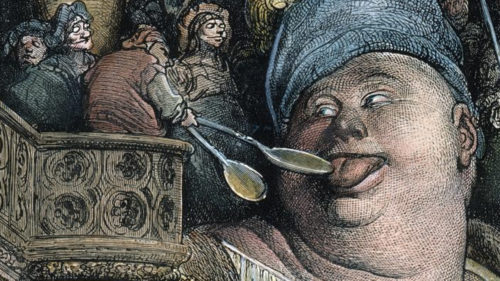 Norrish rejects the idea that economics is purely a toolkit “because the ideas that shape what economics looks at have value systems behind them. And everybody’s values are shaped by the background that they have.” In this sense, it’s easy to see how political communications are taken up by so much of the value systems that neoclassical economics training embodies.

What is needed to change this state of affairs is a complete re-think of the neoclassical model. This involves the decolonization of the curriculum to make the economic discipline more pluralist, more reflective and less alienating to the students who study it. If the discipline of economics brought in more diverse voices, then we’d have a much clearer picture of what’s going on in our world and how to address the problems that we face.

It’s only by grasping the historical context upon which decisions are made will students be able to understand the economy for what it is.

As economic anthropologist Jason Hickel infers, we cannot begin to understand the contemporary economy without first understanding the history of colonial exploitation and the capitalist system that gave rise to it.

Given that economics is often associated with Western exceptionalism, it’s not difficult to see how many people would feel excluded from the ideological forces that attempt to justify it.

But the discipline also suffers from more than an access and diversity problem. Smith says that it is too narrow in terms of its scope and assumptions and argues that people see it as a subject dominated by money. “As long as it’s seen being about money, that’s really going to affect who’s attracted to studying it”, says Smith.

Another problem identified by Smith is that economics is not part of the broad curriculum and students cannot study it until the A level stage at school. This reinforces the lack of diversity theme highlighted above. The introduction into the syllabus of a concept of economics that focuses on legitimate conversations around health, education, income redistribution and how the government should spend its money, would do much to counter its image problem.

“We should stop talking about economics as if it’s just about the economy or at least redefine what we mean by the economy, meaning everything we do rather than GDP, the aggregate level of unemployment or interest rates. These seem quite divorced from people’s conceptual way of thinking about their everyday lives. We need to take back control”, says Smith.

“I think that as much as an education, there needs to be better communication from economists, because a lot of people want to get involved in the conversation. But the reason they’re shut out is because of the language that’s used. I want them to speak in a language I understand”, says Norrish.