Further reading: Unwanted Spy: The Persecution of an American Whistleblower 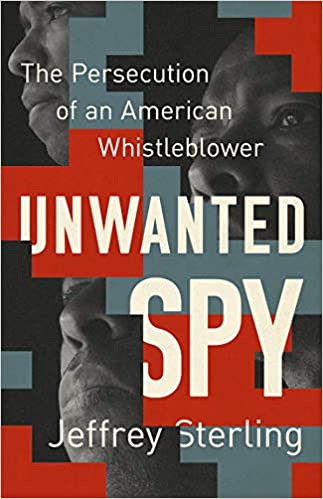 There has never been a more dangerous time to be a whistle blower. Western governments are working in concert to enact legislation that conceals their wrongdoing. During his recent sentencing, drone whistle blower Daniel Hale said, “I am here because I stole something that was never mine to take – precious human life.”

“They already had the machine geared up against me. The moment that they felt there was a leak, every finger pointed to Jeffrey Sterling.” (Sterling, as quoted in The Invisible Man).

Few people are aware of the tribulations of former CIA Officer, Jeffrey Sterling, whose story of racism and persecution initially escaped the mass media’s radar but is finally beginning to resonate following the recent much publicised sentencing of Daniel Hale.

In January, 2015, Sterling was convicted under the US Espionage Act based on a jury’s conclusion that the former CIA Officer gave classified information to a New York Times journalist.

Twelve years previously, Sterling was in the midst of a fruitless effort to find someone in Congress willing to look into his accusations of racism at the agency.

As early as 2000 Sterling began to express concerns about racial bias at the CIA. In 2003 he accused the agency of persecuting him for daring to become the first-ever black case officer to sue the CIA for racial discrimination.

Sterling takes up the story:

“I was a Iran expert. I learned Farsi with the agency. But as I was trying to move up in my career, I kept getting roadblock after roadblock. And it really seemed the only difference between me and others in the same position as I, was that my skin colour was different. At one point I asked my supervisors why I was not receiving the same opportunities as everyone else. They intimated that because of my skin colour I was a security risk. This was completely false because up to that point in my career I’d been all over the world and never posed any sort of risk and never had any difficulty conducting my operations and being successful in those operations”, says Sterling.

Sterling took up a racial discrimination law suit against his employer which was prevented from going forward on the basis that civil rights actions are considered to pose a threat to national security.

In early 2000, as part of what was called, Operation Merlin, flawed design material for a nuclear weapon component was given to the Iranian government. Sterling was fired from the agency in January 2002 after he raised concerns about this reckless plan to his employer.

The CIA subsequently accused Sterling of leaking classified information to the press. The CIA Officer was arrested, put on trial and sentenced to 42 months in prison for what amounted to an act of retribution against him. More than seven years before he was indicted, Sterling says that he was anticipating severe retribution for calling the CIA out.

“This was a situation of revenge and I think an overall heavy hand by my government to quiet dissent. If the word ‘retaliation’ is not thought of when anyone looks at the experience that I’ve had with the agency, then I just think you’re not looking”, says Sterling.

“I had the nerve to stand up to the CIA and my government to not only racism but to their faulty operation and being falsely accused of violating the Espionage Act. It really turned out to be nothing more than a show trial of the CIA to show how good they do their operations, to counter anything that had been written about Operation Merlin.”

Sterling says that the most difficult things he had to contend with in prison was being away from his wife, Holly, and knowing that he had been imprisoned unjustifiably as a result of a failing US legal and criminal justice system.

“I had two and a half years to try to come to terms with trying to do the right thing and being punished for it. I’m not sure if I really even still come to terms with that. In the end, I felt better standing up and fighting as opposed to just bowing down to the powers that be”, says Sterling.

The former CIA operatives story is topical, not only in the sense that it’s about whistle blowers and the heavy handedness and unfairness of the Espionage Act, but also because it’s an American story about race in the US.

The overriding theme that Sterling was keen to express in his book, Unwanted Spy, is the importance of staying true to yourself irrespective of whether or not this happens to chime with the opinions of the wider black community.

“When I joined the CIA, there weren’t many African-Americans their, but I saw it as an opportunity to serve my country and also maybe make a difference. I didn’t go into the CIA with blinders on. I knew the history of the organisation. But I also knew that I wasn’t going to bow down to anything that I knew was wrong. And certainly I wasn’t going to take discrimination without having my voice heard”, says Sterling.

During the first month after having been appointed to his CIA role and having taken on board the comments of a fellow African-American officer, it didn’t particularly come as a surprise to Sterling that he would be discriminated against even though in his heart he didn’t want to believe it. Sterling also understood that in order to justify their position, higher ranking officers would ‘window dress’ their racism.

The condescending attitude of the then CIA deputy executive director, John Brennan, who commented to the New York Times, is an example of this:

“It was an unfortunate situation because Jeffrey was a talented officer and had a lot of skills we are looking for, and we wanted him to succeed. We were quite pleased with Jeffrey’s performance in a number of areas. Unfortunately, there were some areas of his work and development that needed some improvement”, said Brennan.

The broader context that underpins this kind of window dressing is the establishments attack on whistle blowers whose only ‘crime’ is doing the right thing by informing the public of injustices committed around the world in their name. Governments’ use legislation as acts of retaliation to ensure that critical voices who are on the right moral path, are banged up in order to effectively shut them up.

“What was fascinating to me”, says Sterling, “is I was accused of violating the Espionage Act and spying against my country which made absolutely no sense. But bringing charges of violating the Espionage Act means the government can pretty much say whatever it wants. You’ll be limited in how you will be able to defend yourself and in the type of evidence that you can bring. You may not even be able to see all the evidence that’s being used against you.” 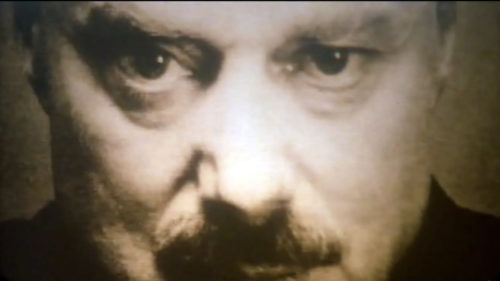 Sterling adds that his trial was a warning shot to the world:

“I do feel that had I been successful in defending myself, maybe Julian Assange wouldn’t be sitting in Belmarsh right now. I wasn’t allowed to defend myself fully because of the restrictions of the Espionage Act. I was basically put on the stand as a black man against the CIA where all of the jurors had a connection in some way with the intelligence community or having security clearances. So they were biased against me. The judge was biased against me.”

Alarmingly, Sterling says that his trial has set new precedents which have negative implications for other whistle blowers:

“What my trial established was that there was no so-called reporter’s source protection and that they could charge anyone they wanted who’d supposedly touched whatever information they’re saying is classified. With the assistance of the UK government, using the travesty of justice in my case as a benchmark, that’s exactly what they’re doing with Julian Assange”, says Sterling.

“If Julian Assange is ever brought to the US, he will be facing many more years than they have been intimating in the extradition proceedings. What this shows is that there is a danger the US, with the assistance of governments’, are going to go after, and silence, the voice of anyone they feel has embarrassed them.”

How do we free ourselves from the tyranny of wall-to-wall zoom calls and our so-called smart devices and become time rebels?