The impact of Texaco-Chevron’s dumping of billions of gallons of toxic waste and crude oil in Ecuador’s Amazon rainforest has been devastating for the indigenous populations who have lived and prospered their for millennia.

Human rights lawyer, Steven Donziger, who represented the communities affected, met up with host, Ross Ashcroft, to discuss the corporate attacks against him in his quest to seek justice.

The catastrophe dubbed the Amazon Chernobyl is probably the world’s worst oil related disaster on earth and yet few people have heard about it. Between 1964 and 1992, the oil company Texaco, later acquired by Chevron, was allegedly responsible for dumping over 30 billion gallons of toxic waste and crude oil into a fifteen hundred square mile area of pristine Ecuadorian Amazon rainforest where several indigenous groups had been living prosperously for millennia. The impact on these local communities has been devastating, destroying livelihoods and causing a spike in cancer and birth defects.

Steven Donziger was the lead U.S. attorney for the indigenous plaintiffs of Ecuador in a class action that began in 1993. In February 2011, an Ecuadorian court issued a historic ruling ordering Chevron-Texaco to pay almost 10 billion dollars. Chevron considered the ruling illegitimate and inapplicable and then moved all their assets out of Ecuador. To date, the Ecuadorian plaintiffs have not received any compensation from Chevron.

“Chevron’s design of an oil extraction system discharged, on a daily basis, millions of gallons of cancer-causing toxic waste into rivers and streams which local communities relied on for their very survival. Over a period of time, many people died, and continue to die, of cancer as a result of a thousand open air toxic waste pits that Chevron built. Their cancer-causing effluent continues to run into rivers and streams almost three decades after the company left Ecuador.”

Donziger and his team filed a law suit on behalf of the communities affected in the Ecuadorian courts which they ended up winning. In response, Chevron filed a jury-free civil racketeering suit in New York City, in what was described by the human rights lawyer as “a show trial”.

Donzinger refutes this charge, claiming that Kaplan “would not look at any of the voluminous scientific evidence to back the judgement in Ecuador, affirmed by multiple appellate courts.”

“It’s important for people to understand that Judge Kaplan rejected all the evidence – 64,000 chemical sampling results and over 100 technical evidentiary reports that we had submitted in the Equador case as evidence against Chevron.”

And yet Kaplan relied on the non-corroborating testimony of a Chevron-paid witness called Alberto Guerra, who claimed that Donziger orchestrated the bribery of the trial judge in Ecuador ordered to win the case, a charge that the lawyer says has been “rejected by 29 different appellate judges in Ecuador and Canada who have looked at it.”

Donziger subsequently faced a criminal contempt of court charge. For the past 16 months, under unprecedented proceedings led by Judge Loretta Preska, Donziger has been placed under house arrest in his apartment in New York. His trial, scheduled for May 10, has been postponed several times. 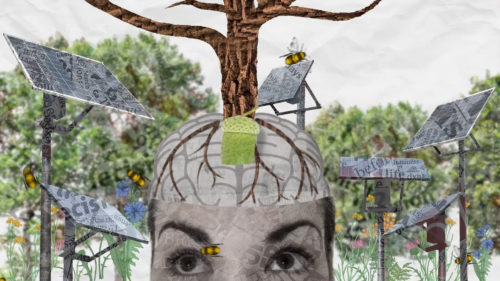 The human rights lawyer contends that the entire process represents a politically motivated corporate attack against him by a major oil company as well as the judge sympathetic to its cause. “The intention”, says Donzinger, “is to send out an intimidating message to all human rights lawyers and advocates who want to take on the fossil fuel industry.”

Indeed, Donzinger has in his possession e mail evidence from 2009 that Chevron launched a long-term strategy campaign, laundered through the credibility of the federal judiciary, to demonise him.

The human rights lawyer asserts that his case represents a flash point on some of the most important issues facing our world today and as such believes he should be reassigned to a neutral judge.

“This is the first case I have seen where a judge let a private corporation take over the prosecutorial power of the U.S. government to silence a critic.”

What Garbus means is that, in his view, Kaplan holds a personal vendetta against Donzinger. Judges don’t charge crimes, they preside over cases. So upon charging Donzinger, Kaplan was obligated by law to take his contempt charges to the normal federal prosecutor’s office in New York.

Notably, this office rejected Kaplan’s charges and refused to prosecute Donzinger on the pretext the charges were baseless.

“No one has ever been charged with criminal contempt for basically protecting clients and challenging orders that I believe were lawful on appeal, which is what I did”, says Donzinger.

Chevron’s slapp lawsuit strategy of demonisation creates a chilling effect that can lead to the kind of brutal treatment meted out to Julian Assange in the UKs Belmarsh prison. The intention is not to litigate any claims on merit or to get justice, but to use the lawsuit itself as a weapon of attack and to silence somebody advocating in their community against a big company.

The term, ‘corporate social responsibility’ which emerged during the late 1990s, provides an alibi for big corporations to continue to act in this way. Author, Dan Gretton, has argued that people out in the field are often unaware that CSR is a corporate public relations strategy intended to disguise the lack of ethical credentials of companies.

Donziger says Chevron is a paradigmatic case in terms of being the flashpoint of a larger battle to ensure, that in the name of a sustainable economy, the fossil fuel industry acts in a genuinely responsibly way.

In this regard, legal cases such as Donziger’s are crucial:

“The Ecuadorian communities need the support of the world. So we ask for people to join our campaign at www.donzigerdefense.com. Separately, there’s a website maintained by the affected communities in Ecuador and the United States called www.makechevroncleanup.com where you can also sign up for the campaign and take action via that website.”

“This story needs to get out any way it can. It’s an epic story about struggle by indigenous peoples and the team of international lawyers in a unit that’s never been seen before. It’s about incredibly courageous donors who have funded this case. It’s an extraordinary story.”