At the start of the pandemic, the West painted a picture that measures taken by nations such as China were ‘drastic’, such as the implementation of strict and immediate national lockdowns.

China’s decision to act with immediacy saw a sharp fall in the number of cases across the country however, in the West, the UK and the US opted for a more individualist approach. From the outset, the UK advocated for ‘herd immunity’ – or to simply let the virus run its course, whilst focusing time and resources on the preservation of the economy.

Although these two nations implemented stricter measures over time, they would come to realise that their failure to act immediately would have dire repercussions on their economies and the well-being of their people.

Since Coronavirus made its way to the Western world,  individualism has gained significant momentum in the UK and the US. Individualism and the West go hand in hand and the concept underpins the very nature of Western culture.

Individualism emphasises the importance of autonomy, personal freedom and independence over the needs of collective society, and this often functions at its best in neoliberal societies such as the UK and the US.

Neoliberalism, which sees competition as a defining characteristic of human nature and promotes free-market competition, detaches us from collective responsibility by emphasising an ‘every man for themselves’ mindset.

Collectivist nations, most notably in Asia and South America, emphasise the needs and goals of a community rather than the needs of each individual. In these cultures, identity is enmeshed with a group and autonomy is devalued. Comparisons and debates between individualism, collectivism and the East and the West have been rife for decades, but the Covid pandemic has revived aspects of individualism whilst simultaneously proving that collectivist nations have, in many respects, fared better at tackling the virus.

Since the pandemic reached the UK and the US, both Governments attempted to gloss over the severity of the virus. Whilst Trump accused the World Health Organisation of conspiring with China and Johnson advocated for herd immunity, collectivist China orchestrated a successful plan to manage the virus, consisting of a complete lockdown early on in the pandemic, which was repeatedly labelled as ‘draconian’ by the Western media. Despite opinion that China was acting in a totalitarian manner, the nation quickly gained control over the spread of Coronavirus, seeing a significant drop in new cases and deaths, eventually leading to society ‘reopening’ far earlier than individualist nations in the West.

Trump and Johnson’s handling of the virus in its early days may, on the surface, just appear to be nothing more than poor decision making from two self-serving leaders however, their attitudes are undoubtedly rooted in individualist attitudes.

Johnson’s decision to advocate for herd immunity has been described by academics as a form of ‘epidemiological neoliberalism’. Herd immunity relies on the premise that the virus will be overcome if left unregulated, similar to beliefs on the free market held by neoliberalists. However, just as neoliberalism results in disadvantage and suffering against the poor, homeless, disabled and elderly, an unregulated virus will do just the same. The Netherlands, another one of the most neoliberal countries in Europe, also advocated for a herd immunity approach. The fact that the UK and the Netherlands would encourage such a move comes as no surprise when you consider that for decades, both countries have been actively implementing policy that prioritise economic interests over the interests of society as a whole – as the pandemic continued to unfold, it was clear that this approach dictated the UK’s plan to tackling the virus; profit over people. 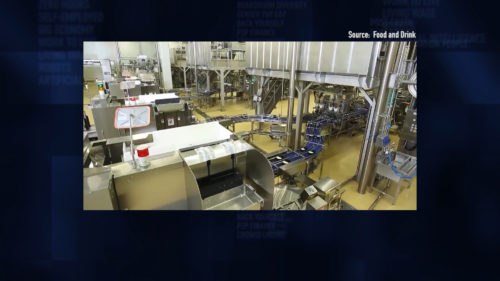 As scientists learn more about Coronavirus, policy across the world has changed. Multiple countries are now enforcing a ‘no mask, no entry’ policy in most businesses, however such moves have been met with a rise in non-compliance in both the UK and the US, and a similar revolt has occurred against lockdown rules. It’s no surprise that such self-serving mindsets relate closely to neoliberalist attitudes, where a preference for autonomy and self-interest dominates. For many, personal comfort overrides the need to be considerate of the health and safety of wider society, particularly the most vulnerable who benefit the most from universal compliance to Covid regulations. A fight to protect our personal freedoms has also dominated headlines since the start of the pandemic, as thousands across the UK and the US have participated in ‘anti-lockdown’ protests over fears that attempts to manage the virus are stripping away our human rights. Neoliberalism has arguably helped breed the revolt against Covid regulations, with a rise in non-compliance appearing to be symptomatic of society’s emphasis on autonomy in a dog-eat-dog world.

Although individualism is not solely to blame for the spread of Coronavirus, it’s clear that the attitudes it perpetuates have prevented the implementation of meaningful action and allowed the pandemic to spread.

Although collectivist attitudes are frequently tarnished by the Western media, it’s clear that there are lessons to be learnt from nations which prioritise the goals and wellbeing of the many rather than the few. Autonomy is important, but in a time of crisis collectivism must be at the centre of our efforts to rebuild.

This article was written by Bethany Morris, a content writer for the UK’s Immigration Advice Service which provides legal assistance with Spouse Visas, UK settlement and more.