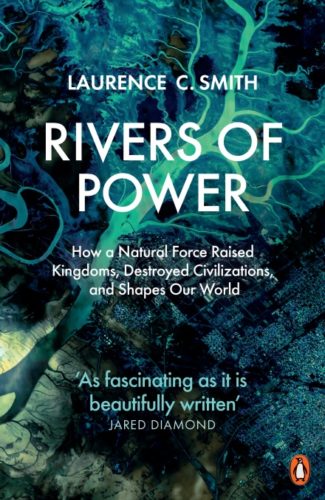 Dr. Laurence C. Smith is one of the world’s leading climate scientists and author of Rivers of Power and The New North.

Host, Ross Ashcroft, caught up with him to discuss the common theme in his books – how looking at the past is the only way to anticipate the future.

So as climate breakdown begins to bite, how will it reshape our societies, our economics and our politics?

The rhymes of history

In his most recent book, Rivers of Power, Laurence Smith states, unequivocally, that to be able to anticipate the future, you have to have full knowledge of the past. History, of course, doesn’t repeat, but it does rhyme. These historical rhymes are personified in the natural world through geographical features like rivers which have intertwined with human existence from prehistorical times.

“Rivers have always been essential to humankind. The underlying reasons for this is that they have provided us with natural capital in various forms. In ancient Egypt that natural capital assumed a form of a consistent flood water that miraculously would emerge from the desert each summer, flood the land and allow crops to be planted and a taxpaying civilisation to be sustained for over 3,000 years.”

“Today, that natural capital still serves Egypt, but in the form of reliable hydropower from the Aswan Dam, most recently in the form of very high priced real estate along the banks of the River Nile. A similar transformation is underway in London right now with some extreme, exciting riverfront developments taking place in old former industrial properties that used to be natural capital in another form.”

However, not all communities based around the natural world continue to benefit from these kinds of transformations. The delicately balanced ecosystem of the Murray-Darling Basin in Western New South Wales, is a case in point. Over two million people live, work and rely on the water that comes from the Darling River.

Local fifth generation farmer, Kate McBride, notes how local farmers and indigenous communities have suffered due to mismanagement and the over-extraction of water in the region. The depletion of the river resulted in a complete ecosystem collapse and the death of many native animals, livestock and fish.

Many within these academic disciplines also view climate change as separate from human actions in much the same way that states’ abrogate their responsibilities towards rivers that transcend national borders.

The suggestion that the nation state is an obsolete idea in this context is not a view Smith subscribes to: 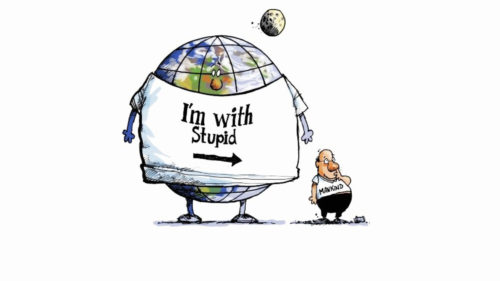 Green washing and the psychology of climate change denial

“Four to five years ago, we seemed to be headed very much towards a planet of increased cooperation, globalisation and interconnectedness. But as Brexit and the elections in my own country have shown, the nation state is still a very strong idea and nationalism is still a important force in the views of everyday people”, says Smith. The writer caveats this by acknowledging the important role rivers play in ensuring that long-standing enemies cooperate with one another.

In his previous book, Smith cites the Arctic as an example of how eight peaceful nations in the New North that share common interests are collaborating with each other to overcome problems and challenges. Policy decisions around fossil fuel use and whether the path towards greater global integration will continue or reverse, will determine what the New North and the world will look like by 2050.

In Smith’s view, the ability of the world’s economic superpowers to work collaboratively together by honouring the time long tradition of cooperation in the Arctic was shattered by the US following a speech by then Secretary of State, Mike Pompeo. In that speech Pompeo upended the collaborative Arctic Council polity that all Arctic member countries are signatories to. The potential for these countries to tackle problems unique to the region have therefore been undermined.

Nevertheless, with so much at stake, the Arctic model could be a blueprint for the future in terms of how nations elsewhere in the world can begin to focus collaboratively in the battle against climate breakdown and environmental degradation instead of fighting wasteful wars.

Smith asserts that there is a momentum, not only in the Arctic but also among indigenous tribes in Amazonia, to revisit old colonial land claim treaties as models to pursue in the future. “I think we have a lot to learn from the cooperative frameworks that have emerged from the nations that govern the Arctic”, says Smith.

What is certain is that there is an urgent need for a paradigm shift away from fossil fuel dependency and its extraction, particularly in the Arctic, that short-term profit based oil drilling business models are welded to. Greenwashing strategies are a key feature of these models.

Head of Greenpeace in Norway, Frode Pleym, points to what has been termed the Norwegian paradox, as an example of how this plays out:

“Norway is in the forefront, globally, for electric cars. We are phasing-out the usage of fossil fuels in Norway. But when it comes to our major emissions that are impacting the world climate, we are basically the oil elephant in the room. The emissions from Norwegian oil production abroad is ten times as high as all the other Norwegian emissions combined. Yet we are doing nothing about it because in the short run we’re earning a lot of money. Norway has already found more fossil fuels than we can afford to burn if to avoid the most catastrophic consequences of climate change. Yet, we are still looking for more.”

This vicious cycle is impacting most on those people who are least able to foot the bill for climate breakdown – a point reiterated by Smith:

“Any small handful of gains that might be enjoyed by a little club of rich countries in the north will be more than overwhelmingly countered by the much vaster suffering populations to the south. Around the equator, we are seeing the arrival of novel climates that are warmer than anything that has been seen before in the history of modern humankind. We are seeing species extinctions at a rate that is extraordinary, one of the great geological extinction periods of the earth’s history. These negative repercussions are being experienced all around the planet.”

Smith contends that the solution to reversing climate breakdown is 100 per cent down to political will and is therefore within humanities grasp:

“We have the technological abilities to deal with this problem. We have the adequate scientific knowledge of the scope of the problem. We have the solutions in hand. The CEOs of the big fossil fuel companies are influenced from within. Leadership at every level can make a real difference. We need to vote in governments that are willing to tell us what we don’t want to hear, and that’s the challenge.”