If this economic climate feels familiar to you, that’s because we have been here before. Bryan Kavanagh examines the historical red flags that preceded crises dating back to the Roman Empire. 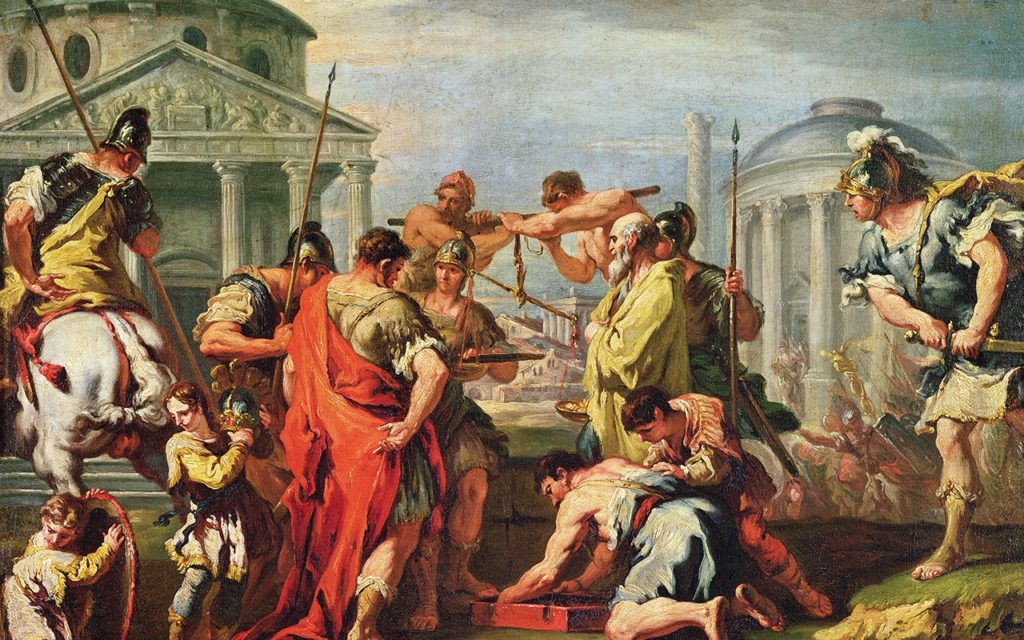 You’ve got to stand back and not bury your head in inconsequential detail if you want to understand history. Land and poverty are always key.

The Roman Empire was destroyed by having spread its powerful and expensive military too thinly to support counter-productive property bubbles at home. Debt was partly serviced by military plunder of the resources from conquered nations. Although the empire battled on–so to speak–for another three centuries following the death of Pliny the Elder at the eruption of Vesuvius in 79 AD, he had understood the damage land speculation was doing to the nation. It had destroyed it: “Latifundia perdidere Italiam“. The building of great estates came at an enormous cost to an impoverished middle class and to the agricultural poor, the latter who flooded into Rome for succour. In rent-seeking economies, it seems farmers will always do it hard whilst the city flourishes.

Unfortunately, Pliny the Younger, who witnessed his uncle’s death, sought ‘to lay field to field’. In De Officiis Book III, XXIII, Cicero chronicles the younger Pliny’s letter to Calvisius Rufus concerning a property abutting his. It was in decline: “Now let me tell you the price at which I think I can purchase the property. It is three million sesterces, though it has been previously sold for five million, but owing to the lack of capital of the tenants, shortage of labourers, the income of the estate is reduced, and consequently its value.”

Needless to say, as part of the aristocracy, Plinys A and B were much better off than most of the citizenry, and it was this expanding wealth chasm back at home that brought the empire to its knees.

Ditto. Britain plundered the resources of other countries, at least partly in order to feed the poor that its aristocracy had continually dispossessed at home. It is no fractured history to claim that the British aristocracy sought WW1 with its counterparty, the German Reich, because of proposed Liberal Party reforms that would have started to redress the gross imbalance in economic equality.

Therefore, what do you do when your situation is challenged, as it was by the People’s Budget of 1909/1910? Lloyd George’s budget had actually called for an ad valorem tax on land, so patronage and privilege sought the refuge of the scoundrel, as always, in a call to patriotism.

For budgetary purposes, as Chancellor for the Exchequer Lloyd George had wanted to reduce Britain’s proposed spending on six dreadnought battleships to four, so the Lords encouraged a popular chant to challenge the Liberals ‘loyalty’: “We want eight and we won’t wait!” [Wikipedia is particularly weak on this diversionary facet to the Anglo-German naval race and the race to war.] Patriotism won the day as it always does, and Britain went to war.

She won the war but lost an empire.

A new Chinese empire is a distinct possibility, but it may never really get off the ground—despite its infinite number of tall new buildings — because of the incredible private debt in its land price bubble. China’s poor and farmers have lost out to the obscene wealth of its property speculators. We watch on as the cycle of empires plays out once again.

Pax Americana crumbles and ‘education’ is left displaying its ignorance. Are there lessons here?

Brian Kavanagh is a real estate valuer and research associate of the Land Values Research Group. He began working in the Australian Taxation Office in Melbourne in 1971 and the Commonwealth Bank of Australia in 1989 before co-founding a private valuation practice (in 1997) from which he retired in 2013.