Despite their bed-hopping antics, the most important legacy of the Bloomsbury Group is what can be achieved by people who are prepared to challenge convention in pursuit of a better world, argues Mark Braund.

The BBC’s recent three part drama about the Bloomsbury Group, Life in Squares, gave a fascinating glimpse into the lives of a group of friends about whom, despite all that has been written, far too little is known. Pleasingly, Amanda Coe’s script stuck to the historical facts; the acting was excellent, and the design and direction served to create an atmosphere which was utterly believable.

Perhaps understandably, the script focussed on the groups notorious bed-hopping antics and the inevitable emotional fall-out. This is, after all, is what Bloomsbury is known for. But it is also possibly the least interesting thing about a group of people whose individual contributions to worlds of literature, art, politics and economics is unrivalled for any group of friends who knew each other before they became established in their respective fields.

Anyone with a moderate interest in literature will know the importance of Virginia Woolf. The same goes for Lytton Strachey, who was responsible for some key works of biography, including the influential ‘Eminent Victorians’. Students of Art History will be aware of the status of Vanessa Bell and Duncan Grant in 20th century British art: they make valuable if minor contributions. Less well known is the achievement of Vanessa’s husband Clive whose 1914 book ‘Art’ was a significant stepping stone in the development of art criticism, even if his thinking was soon incorporated into other, more complete, theories. Fewer people will be aware that David ‘Bunny’ Garnett was responsible for the novel upon which Andrew Lloyd Webber’s musical ‘Aspects of Love’ was based.

But the lives of three other members of the group, characters given only minor roles in Life in Squares, are at least as interesting as those mentioned above.

Roger Fry was the leading art critic of his time. American banker J.P.Morgan, who, as well as running the US Economy on behalf of the federal Government, also ran New York’s Metropolitan Museum of Art, appointed him as his European art buyer in 1906. The two men toured Europe extensively, Fry advising Morgan what acquisitions to make in order for the Met to compete with the major European galleries. They developed a close working relationship until Fry, frustrated at Morgan’s habit of keeping the best pieces for his private collection, returned to London in 1910. Back home, he set about organising an exhibition entitled Manet and Post-Impressionists at which the British public were introduced to the works of already well-established European artists including Gaugin, Manet, Mattise and Van Gogh. The reaction of the British art establishment was entirely negative but Fry persevered, and a second exhibition was held in 1912. As a result of his persistence, British attitudes to art would eventually catch up with those on the continent. After Fry’s death, the critic Kenneth Clark would say ‘In so far as taste can be changed by one man it was changed by Roger Fry’.

Leonard Woolf spent six years in Ceylon as a civil servant, where his interventions in legal disputes, usually on the side of the indigenous population against the exploitative behaviour of colonial settlers, saw him hailed as a hero on his return to the island in 1960. He also returned to London in 1910 and two years later would marry the then Virginia Stephen. He set up a successful publishing business; was a co-founder of the New Statesman magazine; and worked closely with Beatrice and Sidney Webb, writing a number of books on political theory – he was an avowed Fabian – as well as some well-regarded short novels. A committed internationalist, he was one of the first political thinkers to advocate the establishment of what was to become the League of Nations. If today he is thought of principally as the man who supported his wife through bouts of severe mental illness so she could keep writing, this is largely because he was such a reluctant public figure.

John Maynard Keynes is today remembered for his 1936 magnum opus, ‘The General Theory of Employment, Interest and Money’, and as the principal architect of the Bretton Woods framework under which the Western economies functioned rather effectively until the breakdown of the post-war consensus in the 1970s. Less is known about Keynes’ role in World War One when, holding a senior position in the UK treasury, he was almost single-handedly responsible for ensuring the British government remained solvent and so able to prosecute the war until Germany was forced to surrender, a role which bought him into conflict with his Bloomsbury friends, all of whom, as pacifists, were opposed to the war. After the armistice, he was the Treasury’s senior negotiator at the Paris Peace Conference, playing a key role behind the scenes when negotiations were stalled by the intransigence of the French. His repugnance at the terms imposed on the Germans by the Treaty of Versailles led him to write ‘The Economic Consequences of the Peace’, the book that would launch his career as a public intellectual.

Like their Bloomsbury friends, these three demonstrated that society and culture only evolve, and that social and economic progress is only achieved, when people who think differently are willing to put their heads above the parapet and forcefully defend their views. Each had a vision for the future and was convinced it could be achieved if only sufficient numbers of people could be persuaded of the desirability and the possibility of creating a different society.

It’s unfortunate that Bloomsbury is remembered only for its unconventional approach to relationships. Its more important legacy is the evidence of what can be achieved by people who are prepared to think outside the box and imagine a new and better world. Challenging convention is crucial if we are to effectively tackle the many problems faced by our struggling civilization, a century after this remarkable group of people set out to make their own mark on the world. 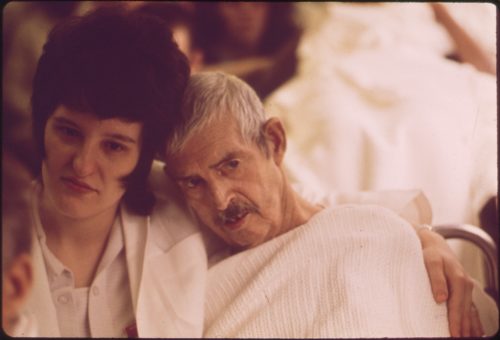 The Business of Common Sense