A key feature of 2020 has been Covid-19 and its impact on society and economy. Friend of Renegade Inc., Steve Keen, predicts that the pandemic will result in a bigger economic shock than 2008 and says it could result in the entire production system breaking down leading to possible shortages of food and medical supplies.

Citing William Baumol’s conceptual understanding of the spaceship economy, the economist argues that the pandemic has unveiled the fatal flaws in what was already a fragile economic system. Pandemics and other unpredictable tragic events highlight the limitations of a hollowed out capitalist economic system that we are told is the most efficient and effective available. Invariably, though, it’s the poorest who end up paying. the price for such a system.

Fellow economist, Richard Wolff, reiterates that the level of displacement is stark:

“The system isn’t working. And that’s not because we have a virus. None of it was planned for. And the reason is simple. In a private profit system, no producer of a test kit or a mask or a ventilator or anything else has any incentive to produce them if they’re not profitable to stockpile them. It turns out that capitalism’s profit system is a very inefficient way to cope with fundamental threats to public health”, says Wolff.

Whilst society suffers as a result of the system’s erosion of public health, author and journalist, Gerald Posner, argues that it’s Big Pharma who end up as the beneficiaries: 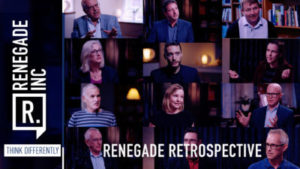 “There are parts of the pharmaceutical industry that are salivating at the pandemic, not because they want people to die or because they engineered the pandemic in a secret lab, but because this novel virus gives them a possible once in a lifetime opportunity for enormous profits”, says Posner.

Too much war, not enough investment

As Brexit looms on the horizon, profiting from the NHS appears to be the focus for American health care and insurance companies. Guest, Dr. Bob Gill, argues that the objective of these companies is to bleed the service dry by introducing a pay to play system, lumbering UK citizens with massive administrative and medical costs.

Gill notes that insurance-based system’s create perverse incentives which he says inevitably lead to the breaking of the relationship between doctor and patient. As Gill makes clear, the transformation of what is an amazing public health investment story into a US based health care system, would be a disaster for universal free at the point of delivery health care provision in the UK.

Writer, and guest of the show, Indi Samarajiva, says that successive US administrations since the Reagan era have prioritized war. Alibaba founder, Jack Ma, has similarly argued that in the US there has been too much war and not enough public investment.

One of the by-products of so much US military adventurism overseas is an oversupply of troops arriving back in the country and looking for work, many of whom end up in local police forces. “The military teaches you how to close with, and destroy, the enemy through firepower and manoeuvre, which is the last thing you want a cop to be doing”, says former Intelligence Officer, Scott Ritter.

The killing of George Floyd is not only emblematic of what happens when a militarized US police force gets out of hand but also, as human rights activist, Ajamu Baraka argues, is a trigger point in response to the structural contradictions inherent to neo liberalism that gives rise to systemic police brutality.

More broadly, the inability of the country to manage it’s domestic affairs in a just way relates to the exceptionalism the establishment in Washington has confected for itself on the global stage. As editor and columnist, Margaret Kimberley, succinctly puts it: “You can’t have injustice abroad, but have justice at home. The two are linked. When you have a country that sees itself as having the right to do whatever it wants to anyone, then that ethos is repeated here.”

One of the most confusing and barbaric events in 2020 has been the Julian Assange trial. Surely journalists and the public can foresee the ramifications of not standing up for freedom of the press? Independent journalist, Richard Medhurst, argues that not only have the corporate and independent media been inept in this regard, but they have engaged in a decade-long smear campaign against Assange.

Medhurst states that if the WikiLeaks publisher is extradited, he will almost certainly be convicted. This will set a precedent for other whistleblowers and mean the end of journalistic freedoms as we know it. Fellow journalist, Taylor Hudak, concurs that the political persecution of Assange and any life sentence handed down to him in a federal supermax prison will deter others into publishing information that is embarrassing to the United States government.

A media blackout is a prerequisite to exporting so-called democracy globally at the point of a gun. But that playbook is beginning to look dated, especially as we see that Imperialism 2.0 has little or no regard for the people it’s meant to be liberating. Author and professor of law, Daniel Kovalik, explains how Washington’s post-WW2 tactic of maintaining its historically dominant role has shifted from direct and indirect control pre-Iraq, towards a strategy of chaos and plunder. This strategy has been retreat under Trump following the killing of the Iranian general, Qassem Soleimani.

“The US national security state really needed Iran as an adversary in order to partially, at least, try to make up for the loss of the Soviet Union as its primary adversary and primary excuse for the Cold War level of spending on the military and intelligence”, says Porter.

But now with the American election jamboree out of the way, many believe that the US will return to ‘business as usual’ under president-elect, Joe Biden. Indeed, as CODEPINK National Co-Director, Ariel Gold reminded us, Biden himself promised the American people a return to ‘normal’ during his election campaign:

“Normal, is the problems that we know all too well of neo liberalism. Normal, is a bloated Pentagon budget. Normal, is our endless wars. Normal, is corporate control of so much of the American politics. Normal, is in a massive infusion of money in politics. So normal is not something to look forward to”, says Gold.

The question is, can society afford the kind of phenomenal scale of financial stimulus needed to maintain the status quo?

Author and Educator, Graham Brown-Martin, argues that we need to adopt a different economic model to the ‘extractive’ one introduced following WW2:

“We simply can’t have an economy which damages the environment, creates gross inequality, and also, ultimately, does lead or creates the environment or the conditions for a pandemic to thrive”, says Brown-Martin.

At the end of a year like 2020, it’s easy to feel hopeless. But this misses the point. The real heroes of the year weren’t the presidents, politicians, prime ministers and corporate CEOs. The real heroes have been the workers – teachers, doctors, nurses – in short, all those people who create real value. They’ve kept our society and our economies moving. And what belies this is a new understanding that we are collectively way more powerful than we think.

“I want us to understand that we have power, that the private finance sector, Wall Street, is dependent on the public institutions. These are public servants. They’re heavily reliant on public institutions, not just in times of crisis, but all the time. The thing that the banks want more than anything in the world is our debt. And so therefore, we can say, yes, OK, but if you want this stuff, these are the terms and conditions. So I want us to feel that power”, says Pettifor.