I Wish I’d Been in That Meeting: The Bailiff Racket

I wish I’d been in that meeting. You know, the one where East Riding County Council instructed Jacobs Enforcement Services to recover an outstanding parking fine from nurse Rachael Carron (with Jacobs charging her several times the amount of the parking fine – £399 – in fees to do so). What sort of meeting does that sound like? Local politicians instructing an organisation that uses self-employed “enforcers” to collect debts for a fee that’s several times higher than the debt itself… sounds more like The Sopranos than the local council car park department, doesn’t it? The use of private debt recovery and enforcement is little more than legalised racketeering.

That’s not merely hyperbole. Racketeering is defined (in the US legal system) as an organised crime where a dishonest service (or “racket”) is offered to solve a problem that wouldn’t exist without the activities of enterprise offering the service. That describes debt enforcement of this nature quite accurately. After all, these are private companies that offer no financial services themselves, they simply make a profit from other people’s debts, making their debts grow as they do so. At least loan sharks and mobsters lend money as well as extort it.

At least loan sharks and mobsters lend money as well as extort it.

These enforcement agencies make no distinction between people who can’t pay and those who refuse to pay. There is apparently no need to resolve cases to a recognised legal standard before collection in the cases of disputes. In Ms. Carron’s case, she appealed her parking ticket and never heard back from the council… until the debt enforcers started harassing her. That sort of administrative sloppiness is commonplace in debt enforcer disputes.

In cases where the debtor can’t pay there’s no legal requirement to offer manageable repayment mechanisms or debt counselling services. People in debt are simply pushed deeper into it by the process of debt recovery. The simple but irrefutable truth when it comes to debt is that a debt that can’t be paid won’t be. Which explains why most debt enforcement fails to recover a penny. And where debts are recovered, the debt enforcers recover more money in fees than the creditors are owed. Often, about five times more.

Don’t get distracted by the emotive nature of Rachael Carron’s story. Ms. Carron is a nurse. She was 6 minutes late back to her car because she was helping an elderly lady who had fallen over and injured herself in the street. She appealed the parking ticket and heard nothing for over a year and so she assumed the council had dropped the case. Since then she’s been harassed by ‘bailiffs’ who have blocked her driveway, spuriously called the police alleging assault, shouted at her 16 year old daughter through the window whilst mum was out, threatened to break into her home and seize property. And so on. An whilst that is scandalous (and typical of debt enforcer tactics) it’s also a red herring. The real scandal is the stealth legalisation of racketeering in the UK.

Here’s the racket these wise guys are trying to pull on you mooks. And it stinks…

There’s six born every minute: Of the local authorities that use bailiffs (about 300) over 2.14 million debt collection referrals took place in 2014/15. That’s approximately 6 new debt enforcement instructions every minute. It’s a postcode lottery too. Some boroughs resort to debt collection agencies as a default. Others as a last resort. Some, never. However, the overall figure is rising, up 16% on last year. It’s a growth industry. And understandably so, because it’s license to print money. Like a racket.

You need muscle to be an enforcer: Most recruitment adverts for debt enforcers state ex-military, ex-police or ex-sales candidates are preferred. You might infer two things from that. Firstly, an aptitude for physical intimidation. Secondly, an aptitude for getting people to buy something. How do those qualities relate to council tax arrears and unpaid parking fines? These are civic matters. It’s not dealing with drug dealers, or selling double glazing door-to-door. Debt is a complex issue, the causes are systemic problems like the state of the economy, changing personal circumstances, disputes over minor issues of civil law and so on. You need muscle and persuasiveness if you’re running a racket, not your local council highways department.

You’ve got to work all the angles when you’re jacking: Debt enforcement agencies charge on a fixed fee and percentage basis. At £75 for a letter (with no requirement to guarantee its delivery to the debtor) and £235 for a physical collection. This puts the value of the UK’s 2.14 million referrals at between £160 million and £660 million. And that’s before you factor in a 7.5% slice on the sale of seized property, the right to charge disbursements for costs, storage and sundries. Which means it’s clearly in the enforcement agencies’ financial interests to pursue physical collections and seize property. In fact, debt advice charities often report worthless goods are seized simply to incur storage fees for the enforcers. Debt enforcement referrals have an average 4 or 5 times multiplier effect on the debtor’s liability. So you’ve got a debt with a 500% interest rate from the heavies who come to collect? It’s a racket, capeesh?

So you’ve got a debt with a 500% interest rate from the heavies who come to collect? It’s a racket, capeesh?

You don’t even got to pay-off the stiffs at City Hall: The highest referring local authorities only manage to recover about 22% of debts. The lowest referrers manage about 31% debt recovery. To put those figures into relative terms, the local authority bean counter that uses a debt enforcement agency has a 70% better chance of surviving Ebola than recovering any cash. Councils that use better debt mechanisms (like income-assessed repayment schemes) outperform debt collectors every time. But even this low success rate puts a value on the local council debt collection industry of somewhere between £35 million and £160 million before extras like percentage fees are factored in. The debt enforcers aren’t just jacking the poor mooks in debt, they’re jacking City Hall at the same time. Because it’s a racket, see?

The debt collector’s lives, like the local councils that use them, are almost blameless in the eyes of the law. If you didn’t get the letter about the council tax arrears, it’s not their problem. If you didn’t get a response to your parking ticket appeal, it’s not their problem. There’s no requirement of documentary due diligence, or need to show a demonstrable chain of evidence to differentiate a genuine debt from a civil dispute or an admin error. If your name is on their list, you get the one-size-fits-all solution. There’s no need to establish fault to a reasonable standard, it is arbitrarily assigned to the debtor in all cases. The only hope of resolution is through the courts, but the accused probably can’t afford to pay a lawyer to take the case seeing how they’re already in a spiralling debt situation. The game is rigged. IT’S A RACKET.

The only hope of resolution is through the courts, but the accused probably can’t afford to pay a lawyer to take the case seeing how they’re already in a spiralling debt situation. The game is rigged. IT’S A RACKET.

When you consider the wider costs of the debt enforcement racket to all taxpayers, (like local authority legal fees or police involvement in debt collector disputes), the frequent allegations of intimidation and property damage by debt collectors, the cost to the NHS of suicide attempts and mental illnesses caused by debt stress… there’s another similarity to organised crime: It’s costing the taxpayer millions to deal with the actions of a determined bunch of thugs who are lining their own pockets.

The debt recovery racket is persistent. And it’s a growth industry. It’s time for it to stop. Every stage in the debt recovery process should meet a recognised national standard. Discerning the difference between disputes and inability to pay should be paramount. In the case of disputes, councils should be forced to follow a due process, as in criminal cases, where evidence is gathered, documented and papers are served, not merely posted without any attempt to ensure delivery. In the cases of inability to pay, proper repayment mechanisms should be offered, as they are by banks.

Come to think of it, even payday loan companies are held to a higher standard that debt enforcers. And when you can be compared to a payday loan company and come off as the ethical loser, you have to wonder how long you’ll keep the racket going before someone decides to clean-up the town. 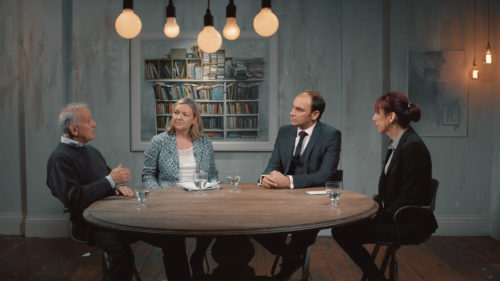