The bizarre world of Peter Hitchens

Author and journalist, Peter Hitchens, is probably the most enigmatic and controversial public figure currently working in the corporate mainstream media today.

Most noted for his six published books and his Mail on Sunday newspaper column, Hitchens seemed to be destined for a life of controversy at an early age, when in his youth, he was arrested for breaking into a government fall-out shelter in Cambridge.

While studying Politics and Philosophy at the University of York, Hitchens became embroiled in what is now the Socialist Workers Party. While publicly admonishing himself from what he described in later life as a Trotskyite “disease”, he nevertheless recognized the important role that the analytical rigour associated with Marxism was to play in formulating what he perceives are his critical thought processes.

Hitchens is a great example of the quote

The media commentators journalistic career began with the Daily Express in 1977. This was also the first of six years he spent in the Labour Party. Having moved to Communist eastern Europe where he worked as a foreign affairs reporter (he became the Daily Express resident Moscow Correspondent in June 1990), he soon become disillusioned with the movement he ingratiated himself with, eventually embracing the Thatcherite critiques of the Soviet satellite bureaucracies of the Cold War period.

Hitchens left Moscow in 1992 basing himself for a brief period in London. He then reported from South Africa during the last days of apartheid, and from Somalia at the time of the US-led military intervention in the country. In September 1993 he became the Daily Express resident Washington correspondent, and during the next two years he reported from all over the United States, as well as from Canada, Haiti and Cuba.

After having completed a five-year stint as commentator and columnist for the Daily Express from 1995-2000, Hitchens quit joining The Mail on Sunday, where he has a weekly column and weblog. In 1997 he joined the Conservative Party but left in 2003. Hitchens has authored and presented several documentaries for British television.

In addition, he has been a regular contributor to numerous UK TV discussion and debating programmes in which many of his controversial views – teenage pregnancy, drugs, sexuality, religion, public health and morality, education, international relations etc  –  have been aired.

Among his core beliefs are that:

He has also posited that homosexuality is something that should be kept “in the bedroom” and, in a January 2009 column, propagated the ‘just world fallacy’ by claiming that there is no objective poverty in the UK only that people suffer from “moral poverty”.

According to Hitchens, the poor are being punished because there is “an almost total absence of good examples in their lives”, while the middle class are “better off because they are good.”

In addition to fanning hatred of women and gay people while helping to legitimize poverty, Hitchens also helped fan the flames of the anti-MMR vaccine hysteria. He has consistently promoted and attempted to justify his pseudo-scientific outlook by citing the disgraced former physician and medical researcher, Andrew Wakefield, who was one of the modern movement’s originators.

In terms of the debates around immigration, Hitchens paints himself as a defender of ‘traditional English values’ characteristic of a ‘return’ to a ‘lost’ quasi-religious idyllic past imbued with a yearning for nostalgia. The illogical inference made by Hitchens that rural England (in which only a minority of the population has lived since the great expansion of the 19th Century) is inherently more English than urban England (even though England was the world leader in mass urbanisation), has palpably racist overtones that cannot be nullified by reference to a romanticised rose-tinted view of the past that never existed. 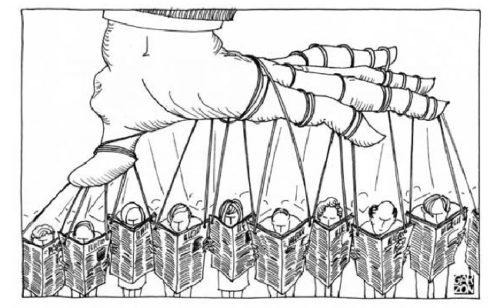 But it’s Hitchens denial of the reality of the science underpinning man-made climate change that is the basis of arguably his most bizarre thesis. The fact-based debate on this is as one-sided as bringing an 8-inch atomic artillery piece to a knife fight. So Hitchens denial of the science inevitably involves a barrage of bad-faith misdirection tactics that do nothing to rebut the scientific consensus at issue.

Whilst it is encouraging that Hitchens opposed the war on Iraq; has challenged the media propaganda on Syria and is in favour of the re-nationalization of Britain’s railways, the vast majority of his views which the media barons are happy for him to espouse to millions of people, are not only insane, but are highly inflammatory, dangerous and misinformed.

Is the pursuit of happiness even possible? Or does this goal actually make life increasingly miserable and liberty more elusive?

The following list is neither definitive nor exhaustive, but it summarises the main points of the book and what we stand for...