In the week before Christmas, a 43 year old homeless man, Gyula Remes, died just a stones throw from Parliament.

In responding to the tragedy on the December 24 edition of ITVs Good Morning Britain programme, journalist Yasmin Alibhai-Brown was alone among her colleagues in intimating that the Queen would have been better advised to record her message imploring the nation to come ‘closer together’ at a food bank or homeless centre rather than the Drawing Room of Buckingham Palace immersed in gold.

The media’s passive reaction to the obscenity of both the location and nature of the speech and their virtual silence in response to the recorded 24% increase in the amount of homeless deaths over the last five years, reflects what writer John Wight alludes as the establishments ‘consensus of indifference’ that occurs immediately prior to revolutionary insurrection.

While the political class continue fighting their internal battles over Brexit, a complicit corporate ‘mainstream’ have largely overlooked the plight of homeless people like Mr Remes and millions of other UK citizens blighted by four decades of neoliberal socioeconomic policies of successive UK governments.

Waging war against the people

It’s a sad indictment of our times that, in the aftermath of the EU referendum vote, millions of ordinary people appear to have been persuaded by the liberal media commentariats obsession with the arguments of ‘Leave versus Remain’. That the waging of a non-existent class war between the two factions is, first and foremost, an ideological ruling class battle for the reins of political power, is unmentionable in mainstream media parlance. 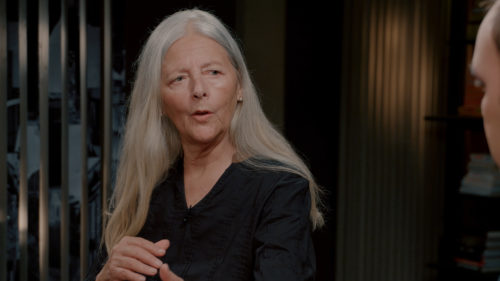 What has also been excluded from ‘mainstream’ media discourse is any mention of the fact that the real class war, is one in which a deliberate and calculated attrition strategy has been waged by the political class against the citizens of the UK – a fifth of whom have been immiserated by poverty. The class war is also impacting negatively on vast swaths of the professional ‘middle class’ demographic hitherto regarded as being largely immune from the vagaries of the rigged neoliberal market-based system.

What this indicates is that the mass of the population is losing the class war and losing it badly. Naturally, the hardest hit are the weakest who are least able to defend themselves. Figures from 2017 show that 120,000 of the UKs most vulnerable citizens have suffered preventable ‘excess’ deaths caused by the Coalition and Tory governments since 2010. 170 years ago, Engels coined the phrase “social murder” which is as relevant in the UK in 2019 as it was in Victorian Manchester. ‘Austerity’ is the establishments preferred euphemism.

Dr Chris Grover, who heads Lancaster University’s Sociology Department says that austerity can be understood as a form of violence that is built into the very structure of society.

In order to address what Dr Grover describes as a process of “violent proletarianisation”, the sociologist argues that what is required is not the tweaking of existing policies but fundamental change that removes the economic need for people to work for the lowest wages that employers can get away with paying and which people on benefits are coerced into accepting.

A working poor demographic that is so impoverished it needs state benefits to survive is a policy of despair and an effective admittance of state policy failure.

But more than that, the manipulation by the ruling class of the institutions of society upon which neoliberalism is predicated and through which the said class enrich themselves, is socioeconomically and environmentally unsustainable. There is a need to regulate neoliberalism in order to save the system from either the revolutionary impulses of an impoverished population, or the rapacious actions of competing capitalists who are driven, as Marx put it, by their need to “accumulate for accumulations sake”.

Given that an influential venture capitalist has acknowledged that capitalism either reforms or the ruling class will be faced with revolution, the latter would be wise to listen. John Wight’s recently penned article in which he argues the UK is ripe for revolution given that the ruling class clearly has no intention of listening, is as perceptive as it is analytically cogent. With the recent widespread Yellow Vest protests in France united in their demands to put an end to neoliberalism, class analysis is once again featuring centre stage as the theoretical catalyst for revolution.

“As we move into 2019, the contradictions of a society in which so many have been pushed into poverty and destitution in service to the ideology of wealth and privilege, have become more acute than at any time since the Second World War”, says Wight.

A system at breaking point

Both capital and labour form part of a mutually reinforcing dynamic that are dependent on a relative equilibrium in order for them to thrive. However, the tensions in society – conceived as a unity of opposites integral to the exploitative capitalist system – are at breaking point. As Wight puts it, “the Tories have pushed the austerity envelope too far”. They have done this while remaining in a state of denial, which is precisely the consensus of indifference required for a revolution to take place, as outlined at the beginning of this article.

“In Britain we have been conditioned to believe that revolutions are either a thing of the past, a mere footnote in history, or only ever take place in far away places we associate with instability and chaos”, says Wight. This is true.

But we have also been conditioned into believing that they happen spontaneously without logical reason as if emerging out of a metaphorical clear blue sky.

“There are decades where nothing happens; and there are weeks where decades happen”, said Lenin.

Fundamental shifts in human consciousness resulting from 40 years of neoliberalism have led to a storm of revolution appearing on the UK horizon – a storm, as Marx put it, borne out of the shifting “ensemble of social relations” over time. In other words, human consciousness shifts as part of a process in time culminating in a succession of small changes which beyond a certain point can lead to the complete transformation of society.

These changes are correspondingly accompanied by changing ‘human nature’: “The essence of man is no abstraction inherent in each single individual”, said Marx. There is, in other words, no such thing as ‘human nature’ in the abstract. Rather as society changes, so also do the desires, beliefs and abilities of human beings.

“Consciousness shifts slowly and in fits and starts, but inexorably and inevitably, due to the maturing crisis within capitalism. It reaches the point of critical mass when that which is normally invisible is made visible; when, per Marx, the illusion of the condition of existence gives way to reality.”

Wight envisages the opulence on display at the Drawing Room of Buckingham Palace as more than symbolic:

“I believe this year’s Queens Christmas message is just such a turning point, a moment of profound crystallisation with regard to the status quo. The upcoming demo on January 12 in London could thus not be better timed to take place.”