Who cares about a cough?

We cannot think of a more glaringly obvious metaphor for austerity than a conference stage set literally falling apart during the Prime Minister’s address. Forget the coughing, spluttering and plagiarism. Theresa May’s Conservative Party Conference speech was a live-action panic attack, and a giant metaphor for the slow death of neoliberalism. May is toast. A political zombie. Her days are numbered. And she knows it. Prime Minister, Theresa May got-off lightly in the press coverage of the slow-motion car-crash that was her address at the Conservative Party Conference last week.

She was lucky that so many publications missed the point, somewhat.

Forget the cough, and the plagiarising of one of the greatest political series of recent years, that painful hour and four minutes of mealy mouthed promises wasn’t a cold, it was a full-on panic attack.

Forget that she was handed a P45 form (a letter given to an employee upon the termination of their employment) by protester and comedian, Simon Brodkin, because less than a month prior to Mr Brodkin’s delivery May was the recipient of an even more urgent and damning letter.

My letter to the Prime Minister calling for publication of report about RBS treatment of 1,000s of businesses and need for judge led enquiry pic.twitter.com/2P2z27heJL

The Tories have been continually trying to bury the details of the report, but the groundswell for justice is unmoved by their attempts.

The wheels have come off the proverbial RBS / GRG wagon and May knows it. This is another thing on the spiralling ‘to do’ list. It’s no surprise that in a big set piece, a control freak – out of control – chokes on almost every word.

For me, though, the defining moment was neither in May’s cough, nor her blatant plagiarism. It was that sign behind her.

I cannot think of a more glaringly obvious metaphor for austerity than a conference stage set literally falling apart behind her as May made her case for a second term.

As the Prime Minister spluttered her way through an entirely unconvincing speech about building a country that works for everyone, commentators have not picked up that it’s an oddly revealing theme in itself.

Actually the subject of the speech is a passive admission from the Tories that Britain has not in fact, been working for everyone up until now.

The set falling apart is a micro insight into the macro problem.

That moment resembled something out of Yes, Prime Minister, or In The Thick Of It, best summed up by the character Stewart Pearson:

“I’ve spent ten years detoxifying this party. It’s been a bit like renovating an old, old house, yeah? You can take out a sexist beam here, a callous window there, replace the odd homophobic roof tile.

“But after a while you realise that this renovation is doomed. Because the foundations are built on what I can only describe as a solid bed of c*nts”.

If you listened very carefully after the speech, that discordant shuffling noise wasn’t rebels circling the wagons, it was May’s flunkies rearranging deck-chairs on the proverbial Titanic before plummeting into the icy political and economic abyss.

The economically illiterate Tories are approaching a record they’d rather not be pinned with: Under May and Cameron’s leadership, Britain’s inequality is set to exceed levels not seen since Thatcher was at the helm.

Wages are stagnant. Workers have experienced a 10% decline over the last 13 years. And according to the Institute for Fiscal Studies, wages are likely to decline even further between now and 2021. The report is explicit that this decline is not the result of some kind of spiralling economic shock, or a hangover from the Global Financial Crisis, but the direct result of actual government policy.

The government is destroying jobs and income is declining along with it, prices are rising, and National Accounts data suggests that real household incomes per capita have declined in each of the last three quarters.

And with £12 billion having been cut from welfare, the social-safety net has left great swathes of the population entirely powerless against the forces of austerity.

The only country in Europe with worse living standards is Greece, and that’s not exactly something to write home about.

But all the Tories have to offer in response is “we need a strong economy”, but apparently crafting policy that supports domestic employment is considered far too radical an idea, so suck it up and take on more private debt, even though it is already at record highs.

And there stands Jacob Rees-Mogg, Prime Minister in waiting advocating for zero-hour contracts and even more austerity. Because if at first you don’t succeed, fail, fail again.

The system is broken. The Tories know it. May especially knows it. Her entire demeanour screamed ‘Imposter Syndrome, High Alert!’. She also knows she has to spin the state controlled RBS story so the public believe that the taxpayer-rescued bank hasn’t been working against the national interest. An impossible task.

Ironically, May and her government have more ability to affect change in a single day than most will have in a lifetime, yet they continue to rely on an ideology that totally admonishes its responsibility for the economic well-being of its constituents. And it expects people to vote for it next year?

‘You’re on your own, vote Tory’: a somewhat less alluring tagline than ‘A Britain that works for everyone.’

But at least it’s honest.

May is Prime Minister by default, having waited-in-the-wings as Home Office Minister for six years, a role she squandered. But there’s nothing like the Tories to demonstrate you needn’t have talent, or even political capital, to become PM. Who needs talent when you have entitlement?

May was MIA during the Brexit referendum, repeatedly ruling out a general election until she called one and dashed what little was left of the Tory mandate, following Cameron’s exit. The election result headlines may have been depicted as a shock landslide against the government, but the public wasn’t surprised.

Why would anyone vote for a party that makes no promises, and whose actual ideology says ‘leave it to the private sector’? The Tories don’t even believe in government, but they’re happy to drain the public purse anyway.

All while voting for austerity, claiming it is social welfare – not our elected officials – that is a drain on the system. Easier than actually working for a living. Easier to advocate for neoliberal policy while drawing a lifetime government pension.

How they expect to be elected – let alone govern – is anyone’s guess.

May entered the Brexit fray as a cooler head, the preferred remedy to Boris Johnson and Nigel Farage, but has since squandered all her good-will. She was almost nowhere to be found during the Grenfell Fire, earning a very public diss from The Queen, whose security team assessed that it could still guarantee Her Majesty’s safety while talking to the great-unwashed affected by this tragedy.

May all but refused to engage with the public over Grenfell, or any other concern, for that matter. She wouldn’t debate Corbyn all the way through the election, even though she’ll have to spend the next six months debating him in Parliament everyday, (if she keeps her job, that is). Probably because she knew her ideas couldn’t stand-up to Labour’s fully-costed policy alternative. And her few public addresses have been mealy-mouthed, buzz-word laden meaningless tosh. May is an uncomfortable mess who doesn’t buy what she is selling.

Her entire body-language screams ‘even I don’t believe me!’.

May is a political zombie. Her days are numbered. And she knows it. 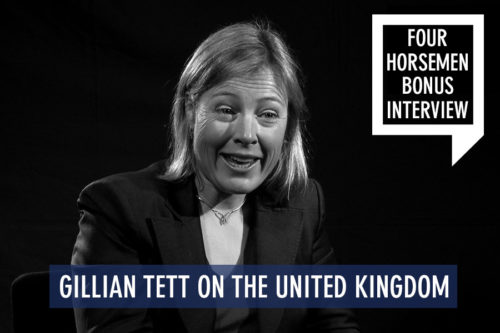