Banks, criminality and accounting: end of the road?

All those banks and other financial institutions that have gone bust, or been bailed out, over the past 20 years demonstrate that the sector’s corporate conduct has been wayward, to put it mildly.

That these dodgy outfits are located in the UK, USA, EU, Japan – virtually anywhere – suggests that, at root, their problems may have as much to do with human nature as jurisdictional regulation. My reference to human nature connotes more than negligence or downright stupidity. We are talking, more seriously, about nature’s dark side – exemplified in this context by insatiable greed and outright criminality.

Financial scandals, never a rarity, are now an unstoppable deluge. The stricter and more comprehensive the regulations, the more frequently they are circumvented. Individual details differ, but the common factor is the determination of their masterminds to garner wealth by deceptive and essentially crooked means.

Equity Funding was a timeless classic: relentless printing of fake insurance policies, sold on to other unsuspecting insurers. But, more recently, we saw the exposure of mega-kickbacks paid to HBOS nominees for “rescuing” small businesses that would never have passed the most basic creditworthiness test; followed by charges of criminal concealment when Lloyds in turn rescued HBOS!

HSBC now faces some 37 separate probes and lawsuits over a litany of bad behaviour, ranging from unfair hiring practices and tax fraud to price-fixing and involvement in a giant Ponzi scheme.

Then we have the ubiquitous lies told by banks about interest rates they had to pay their own lenders, falsifying Libor rates for the entire industry.

You will also recall RBS’s £500 million loss on its involvement with Cattles Bank; and fraudulent lending practices at Connaught, whose useless regulator was forced to apologise to the whistleblower. And you remember Bernie Madoff, whose followers lost $60 billion after being suckered into investing in a chain of linked companies that passed the same parcel of dressed up dross between them until, like the proverbial snake it personified, it ate its own tail.

No one would listen

SEC agents crawled all over the Madoff scam for years, but found nothing. The whistleblower’s book is titled “No One Would Listen”!

A latter day classic is Wells Fargo, a name that aptly conjures up the historic Wild West. In July 2015, Wells Fargo was the world’s largest bank by market capitalisation. Then last September the scandal broke, exposing the creation of over 2 million unauthorised bank and credit card accounts over a five-year period by Wells Fargo employees, of whom over 5,000 have since been dismissed. Why did they do it? To hit sales targets and receive bonuses. No surprises, then.

I could go on – but my space allowance is one page, not one thousand!

Loan loss provisioning throughout this period was based on the “incurred loss” model – so called because no loss provision was required until management itself decided that a loan was irrecoverable.

You can imagine how bad a debt has to be before management concedes that a loss has actually been incurred! But can you imagine the scale of potential profit overstatement (and dividend overpayment) that lay at the exclusive discretion of bank bosses? Or how much responsibility for the 2008 tsunami lies at the door of the agencies that made these idiotic rules?

Although standard setters have, begrudgingly, switched to the “expected loss” model, the damage has been done and arguments are in full cry over past excessive dividends, and the disclosures that should now be demanded.

The only observations I can add are that every inhabitant of the sin-bin that perpetrated these aberrations (i) was supervised by institutionally gullible regulators whose job is the policing of our commerce; (ii) has had to pay billions of pounds in fines and penalties – not to the victims, but to the very regulators who failed them; (iii) had “independent” auditors, members of top tier guardians of corporate rectitude – who also sit on the regulatory councils and standard setters!

Only a massive structural rectification will redeem the efficacy of conscience and restore public trust.

This piece was originally published at Emile Woolf Writes and was reproduced with permission of the author. 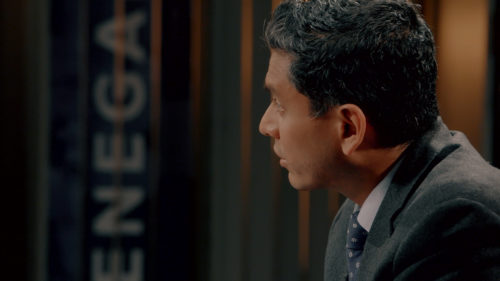