There are just three words that make any right-thinking British person convulse. Those words are Sir, Tony, Blair. To the consternation of many, it was recently announced that the former Labour Prime Minister and war criminal was to be acknowledged in the New Year’s honours list and be made Sir Tony Blair.

Host, Ross Ashcroft, met up with Politician and Commentator, George Galloway and Convenor of Stop the War Coalition, Lindsey German, to discuss what lies behind the outrage many people feel about this decision and the likely implications it will have for the establishment and society at large.

In his 2016 documentary, The Killing$ of Tony Blair, George Galloway highlights how the former PM destroyed the Labour party, engaged in war crimes that resulted in a million dead Iraqi civilians and enriched himself since leaving office in 2007. These facets represent the three ‘killings’ in the film’s title.

Arguably, nobody is more qualified to comment on the legacy of Blair than Galloway who, along with many other political activists including two million people on the streets of London, fought unsuccessfully to try to stop Blair’s illegal invasion of Iraq.

It was therefore no surprise to learn that Galloway was apoplectic when he heard that Blair was going to be knighted, ‘Sir Tony Blair’ as part of an exclusive membership to a New Year’s Honours Club. For many others, however, it barely comes a surprise that an honours system that is so out of kilter with the British public mood, should honour a servile establishment figure like Blair in this way.

Indeed, in paraphrasing The Marx Brothers, any kind of club that would have somebody like Blair as a member, is not one that any self-respecting person would want to join.

Galloway argues that by planning to invest Blair with the highest possible royal award, the system has stooped to a new low. The politician suspects that it was Prince Charles who was responsible for persuading the Queen to ennoble the war criminal. This has led to a situation where a mass demonstration, in the Queen’s Platinum Jubilee year, is planned to take place on June 13 outside a venue that has never seen a demonstration before – Windsor Castle.

Interestingly, Blair had previously been offered the opportunity to be in the upper echelons of the British state by taking a seat in the House of Lords. But he rejected it.

Galloway says that the reason for this is because Blair would have had to register the highly disreputable sources behind his £100 million personal fortune that he amassed in the 14 years since leaving office. Blair is determined to conceal this information from the public.

Arguably, this kind of financial obfuscation is illustrative of Blair’s lack of fiscal and policy rectitude during his tenure as Labour’s Prime Minister. Blair’s record in this regard speaks for itself. It was he who brought in the Private Finance Initiative within the NHS. It was he who ruined secondary education in the UK and brought student debt and student fees into upper education.

It was he who enabled unfettered immigration. It was he who smashed trade unions and trade union activity. It was he who oversaw grotesque house price bubbles, structural inequality, the advancement of neoliberalism and the selling of Britain’s gold at bargain-basement prices. But perhaps his biggest crime is that in 2008, through the process of deregulation, he paved the way for the near economic collapse of the country.

With such widespread social and economic destruction to the fabric of the country, it is no wonder that Margaret Thatcher claimed that her biggest achievement was Blair and New Labour.

There’s more to the charge sheet against Blair. It has recently been revealed that former Defence Secretary, Geoff Hoon, was instructed to burn a memo written by the then Attorney General, Lord Goldsmith arguing that the invasion of Iraq could have been illegal. It turns out that Hoon did not destroy this potential smoking gun of a memo. Rather, he is said to have put it in a safe somewhere in Whitehall or Westminster.

There is also a second potential smoking gun. In Galloway’s latest documentary film, Killing Kelly, about the strange death of the British weapons expert, Dr. David Kelly, the politician and commentator says that Hoon told a very prominent Westminster journalist that, “If I was to make a speech about the truth of the Dr David Kelly affair, the Prime Minister [Blair] would have to leave office by 5pm this evening.”

Sarah Jenkins, is one of many, who have suffered immeasurably as a result of abject failure of war apologists like Hoon to do the right thing. Sarah, whose daughter, Emily, was tragically killed in the 7/7 bombings in London, says that by going to war illegally, Blair and Bush created the opportunities and reasons for terrorism to operate on Britain’s shores. Sarah’s reaction to Blair getting a gong, is one of profound distaste.

German says that well over a million people have signed a petition calling for the knighthood to be rescinded and notes that the kind of honour awarded to Blair is only given to a small number of people.

“What message does this send to the public that the person most identified with the war on terror in Afghanistan and Iraq is being honoured in the way that he is?”

The Stop the War Coalition Convenor, argues that, historically, many Labour MPs have supported wars but says that Blair took that to a new level. The current bunch of Blairite MPs are in denial about Blair’s stance on Iraq because it’s politically unpopular, but nevertheless agree with present and future wars and supposed threats, particularly in relation to China, Ukraine and Iran.

These are people, says German, who see Blair not as a war criminal, but as some sort of wronged and maligned hero. The UK media’s coverage of last summers events in Afghanistan and the political establishments response to it, are examples of how their conduct in relation to war is depicted as a series of mistakes as opposed to the idea that war is fundamentally wrong.

German says that the media and political establishment are no more listening to the million-plus petition in opposition to the proposed anointment of Blair, than they were in relation to the two million who took to central London streets in February, 2003.

But just because some aren’t listening and others have selective amnesia, doesn’t mean that the arguments against unjust wars do not stand the test of time or are no less valid. The prescient eve of Iraq war speeches from the likes of Tony Benn, Alice Mahon, Tam Dalyell, Jeremy Corbyn and George Galloway, for instance, is a testament to these politicians’ whose analysis have all been proven correct by the passing of time. 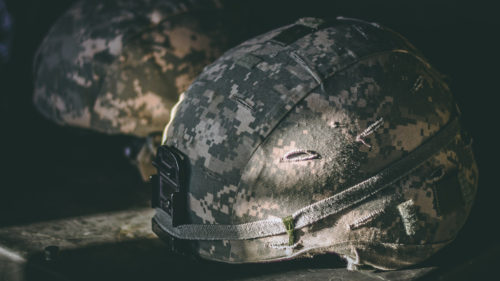 By contrast, speeches by people who defended and justified the Iraq war, have been proved completely wrong. And yet, the closest we had to a reckoning of the war was the Chilcot Report which, for many of the affected families, amounted to an establishment whitewash.

German says that the attempt by Britain’s ruling class to hang on to a faded notion of its imperial past by ignoring international law, whilst unconditionally backing the United States, sends an incomprehensible message to the rest of the world.

With the public caught in the kind of geopolitical game-playing from above that they feel they have little control over, the danger is that a disillusioned mass of people will look for populist and far-right political alternatives. German argues that a possible solution would be to try and connect international politics with domestic policies.

“With a country like Britain, particularly with our policy of empire, international politics are domestic politics and they’re central to what we do”, says German.