But where will we find the money?

I was recently interviewed by Redacted Tonight’s Lee Camp about the myths of money & history that led to the present political crisis:

We couldn’t cover everything so I want to briefly follow-up on how government spending works.

Governments like to claim they can run out of money, but this terminology relates to the gold-standard, which was abandoned by most of the world during the 1930s and by the US in 1971. Governments that issue their own currencies cannot run out of money.

How money is created

Spending is ‘paid for’ when approved by Congress (or the Upper and Lower Houses). The government decides how much. Spending occurs from a Treasury account at the central bank, which it controls, putting additional reserves into the banking system.

Normally, reserves have to be withdrawn again for central banks to control interest rates. Reserves are withdrawn when government bonds are issued. Treasury instructs the central bank to release a certain amount for sale. The proceeds flow out of the economy as reserves move out of the banking system.

Quantitative Easing has meant banks have had excess reserves in recent years, so central banks have instead set rates by paying interest on reserves, meaning there has been no good reason for selling government bonds at all, except to meet the conventions of various legal systems, which were not designed for the situation created by the 2008 financial crisis.

Every dollar the government spends adds to the money supply and bank reserves, every dollar of taxation reduces it. Taxes do not need to be collected before they are spent. Government cannot spend without limit or inflation will increase, however:

a) This is where taxation comes in; and

b) inflation is only a problem when demand for basic resources exceeds supply.

The idea governments can make less money from us if we had more of it is a fallacy. The more we have to spend, the more funds can be collected in taxes.

Remember this next time the government claims it doesn’t have the money. 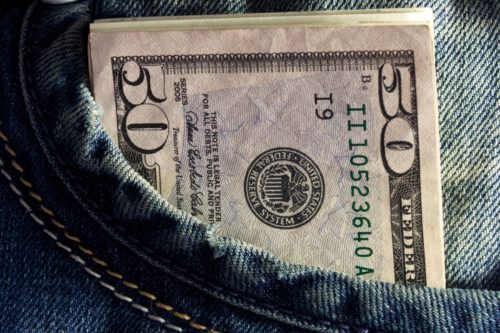