All empires end with massive debt and inequality in an age of decadence. In the final throes of Rome, slaves were sent to the mountains to collect snow to make ice cream for the elites whilst the people starved. A few weeks ago, the American public were presented with a contemporary snapshot of this decadence in a seemingly innocent exchange between a talk show host and the Speaker of the House, Nancy Pelosi.

While millions of American’s live in abject poverty wondering how they are going to feed their children, Pelosi was interviewed at home where she excitingly displayed her supply of Easter chocolate and ice cream. Pelosi’s media stunt provided the backdrop to Ross Ashcroft’s interview with Max Keiser. The Renegade Inc. host met up with the broadcaster and film maker to discuss whether the American Empire is repeating history within the context of a global economy arguably at the point of collapse.

The picture of the global economy in 2020 viewed through the eyes of Keiser has strong overtones with 2008. In the view of the broadcaster and film maker, the events this year represent a continuation of the crisis of 2008 but is likely to be far more wide reaching. As was the case twelve years ago, contemporary events will almost certainly be marked by similar strategic blunders. In fact, as Keiser notes, we have already witnessed a repeat of these errors being played out in the intervening years but on a much grander scale.

Arguably, the impacts of lockdown characterized by the severing of long-established ‘just in time’ interconnected supply chains will intensify the economic slump. In Keiser’s view, we’re never going to go back to the way things were before Covid-19.

In the broad scheme of things, this new epoch is likely to be guided by a robust and resilient set of economic priorities with a focus on the use of regional supply chains predicated to a greater extent on the manufacturing sector than has hitherto been the case. 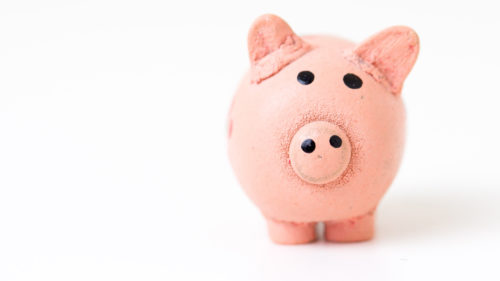 Central to this shift will be a restructuring of fiat money and fractional reserve banking towards a monarchical system dominated by the US Federal Bank. Keiser predicts that the Fed will own all of the GDP of America in its totality. What the broadcaster and film maker calls a system of “neo feudalism” will be symptomatic of a growing trend of wealth concentration towards the top of the socioeconomic pyramid.

The vehicle by which this is likely to happen is zero percent interest rates allied to the total deregulation of the financial markets. Keiser predicts that this Federal Reserve controlled neo feudal system will be comprised of a single Central Bank that will outsource 100 per cent of the stock market under its control to private Wall Street company, Black Rock.

In turn, the biggest underwriter of exchange traded funds will repackage the same stocks over and over again. The intention is to restructure the system to one in which, instead of owning the means of production, the ruling class will own the means of capitalism embodied in the stock market.

This process rolls into another of Keiser’s concepts, Casino Gulag, which lockdown has brought into sharp focus. As people are forcibly being sheltered in their homes against a backdrop in which the economy is collapsing all around them and their jobs are being cut and pay severed, they will be increasingly prone to the predatory practices of Black Rock.

In the wake of hurricane Katrina in New Orleans, this monarchical class of neo feudalists have continued to buy up great swathes of the housing market. With the concomitant loss of liberty and pursuit of happiness that comes with an out of reach housing market, is the erosion of the Bill of Rights that the supplanting of the American Dream to the overlords at Black Rock implies.

With people having worked hard all their lives only for them to then realize that the American Dream is an illusion, is a hard pill to swallow. Indeed, it’s difficult to envisage how this situation will logically end other than through the prism of radical forms of civil disobedience.

Keiser believes that the most effective way for people to take back control is through Bitcoin which he says “would be a way to de-capitalise, not decapitate, government officials in a civil disobedience manner and take back control of their money, their future, their destiny, their country.” The hope is that many blue collar workers will increasingly begin to understand how badly rigged the US economy is and how badly they’re being ripped off.

Keiser says that the connection between printing money and how that destroys the economy, was an esoteric concept ten or fifteen years ago but that this is now changing:

“People understand now that the money printers exist solely for the purpose of their self benefit and to make stock markets and asset prices go higher. The financial press at Bloomberg and elsewhere are trying to convince people that that meme is not correct. And the more they try to convince them of this, the more people understand that they are being told lies.”

People are in this huge propaganda matrix that’s pushing garbage junk economics. The average guy on the street now recognizes that they’ve been completely hoodwinked by a extraordinarily corrupt system and they are open to ideas with the purpose of taking down the fiat cartel.”

With Late Capitalism on its knees and its survival unsustainable, the Covid-19 epidemic is re-shaping the world in front of our eyes. It is a period of world-historical importance – the interregnum between the old and the new.