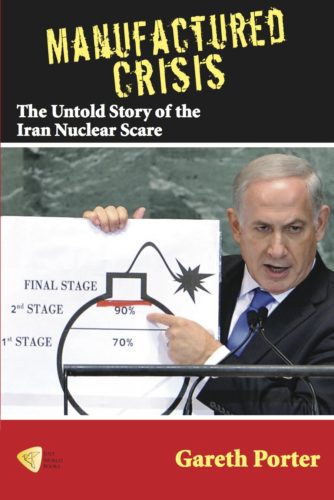 America creates enemies and bogeymen with monotonous regularity in order to justify massive military budgets and kickbacks to insiders.

Renegade Inc. host, Ross Ashcroft, met up with investigative journalist, Gareth Porter, to discuss some of the complex questions that lie at the heart of this great American swindle.

Arguably, one nation more than any over recent decades has continued to remain a thorn in the side of U.S. geopolitical ambitions that underpin America’s industrial-military complex machine. That nation is Iran. Porter points to three historical phases which highlight America’s problematic relationship with the country. The first goes back to the middle stages of the Cold War after the superpower lost its client regime following the overthrow of the Shah in 1979.

The second phase which the journalist describes in his book, Manufactured Crisis , happened following the end of the Cold War. After the former Soviet Union disbanded, America needed another adversary to replace it as the justification to increase its military and intelligence spending.

The third, and arguably the most crucial phase, was the role Israel played in influencing U.S. policy toward Iran which began under Bill Clinton, continued under Bush and then – albeit to a lesser degree – under Obama. But, Porter contends, it has been the Trump administration – under the influence of Secretary of State, Pompeo – that the Netanyahu government in Israel has been able to garner the most leverage in relation to U.S.-Iran policy.

Netanyahu is continually provoking the U.S. into a war with Iran on the unsubstantiated premise that from the 1990s the country was said to be building a nuclear weapons programme. But each time the Trump administration has managed to resist Netanyahu’s provocations.

Porter says the reason for this is that “the United States military, particularly the U.S. Navy, has too much to lose in a war with Iran and nothing to gain.” Nevertheless, the pressure is such that Trump feels obliged to do something to satisfy Netanyahu’s regime change policy interests. This has involved the elimination of Iran’s customers for its oil.

Another nation in the region which continues to benefit from Washington’s bellicose policy towards the Iranian people is Saudi Arabia.

But as Colonel Lawrence Wilkerson has argued, not only will Iran not be a military pushover for the U.S. in the way that Iraq was, but that there appears to be little appetite, domestically, for another major U.S engendered conflict in the Middle East.

Even the Pentagon acknowledges that Iran has the ability to hit any U.S. target, either on the sea or on land in the Middle East. Trump’s increasing use of sanctions legislated by the Caesar Act emphasizes America’s militaristic limitations but also underscores the fact that, geopolitically, the U.S. has seen Iran as a very convenient enemy to have for the better part of four decades.

The country has helped the U.S sell weapons, establish military bases and cement alliances in the region.

“The Americans always push things too far. It creates a backlash and an unintended affect that tends to isolate the Americans further in the theatres in which they were trying to gain momentum or gain influence,” claims Middle East analyst, Sharmine Narwani.

The reality is that in this new multipolar world countries are less likely to be pushed around by America than they have been in the past. However, it still remains to be the case that the Pentagon, the intelligence agencies and the Homeland Security Department will find an adversary by hook or by crook to justify the continuation of the level of money and power that have been bestowed on that state. 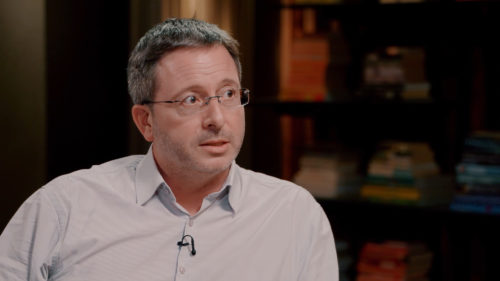 Porter says that the main selling point for continuing the military and intelligence budgets in a post ‘war on terror’ environment, is Russia and China. “Let me make it very clear”, says Porter, “I do not believe for a moment that any of these military services or the civilians at the Pentagon have any intention of going to war with Russia or China.”

“The Pentagon has never wanted to go to war with any adversary that was really a serious challenge. They only want to pick on small, weak states, and that’s exactly what they’ve done. And they know perfectly well if they went to war with either Russia or China, it’s the end of the game.”

The racket of national security

What Porter is describing is deception – “the racket of national security” – a term he picked up from General Smedley Butler, the most decorated 1930s Marine Corps General. Smedley Butler believed that U.S wars benefited only a few elite people and that they were undertaken at the expense of the American public.

Porter believes that Smedley Butler’s War Is A Racket thesis has been a consistent feature of the Cold War and post-Cold War period.

“Security officials, particularly those associated with the Pentagon, the armed services and the State Department, have essentially carried out a series of deceptions which they used to con the American public into creating a huge rearmament programme beginning in 1950 and then continuing through the rest of the Cold War”, says Porter.

The journalist acknowledges that these deceptions would be impossible to pull off without a complicit media whose role is tantamount to that of stenography: “The corporate news media have adopted the narratives that govern US policy toward Russia and U.S. policy toward China 100 percent. And they simply will not question it”, says Porter.