History doesn’t repeat, but it certainly rhymes. George Floyd is yet another name in a long, tragic list of unarmed black men killed by a police force plagued with endemic racism, a military mentality and zero accountability. To the rest of the world, America today looks like a failed police state.

Renegade Inc. host, Ross Ashcroft, met up with former U.S. Marine Corps intelligence officer, Scott Ritter, to talk about the militarization of an American police force that is out of control.

From ‘protect and serve’ to ‘oppress and brutalize’

When we think about American public service, the image that often comes to the forefront of our minds is the dutiful suburban small town cop protecting and serving the community from criminals who prey on it. This is the classic nuclear family image of the kind depicted in the movies of the 1950s. But how true to life is this in 2020?

For Scott Ritter, who as a young boy fantasized about being a cop, the image of the community conscious and justice seeking public servant is not a realistic one. “Protect and serve”, he says, is transitioning  into “oppress and brutalize” – a process of change that began during the period of social unrest in the ’60s and ’70s. It was at this point, argues Ritter, that the police began to see citizens they walked among as the enemy.

This was taken one stage further when the government started to militarize the police. The transformation was a symbiotic process that linked the public’s psychological fear of perceived terrorist threats with the governments duty bound need to protect them.

“We transitioned from a policing society to being at war with elements that were seeking to destroy our society”, says Ritter.

The problem, though, was that the police were unable to match the fire power of their terrorist opponents and so began to bring former military professionals into their ranks. By the time of 9/11, the transformation of the police from their traditional civic role to a fully fledged military force of occupation was complete.

As police and military effectively become interchangeable, wars fought abroad are configured as the same as those fought at home. The corollary of this relationship is not only one in which returning war veterans who join the police view the American public as the enemy within, but that the military culture they bring with them is antithetical to civil society and the rule of law.

This is reflected in the inability of a largely uneducated military personnel to transfer ‘soft’ social skills to a civic setting, which, in order to be effective, is reliant on the consent of the public rather than being a brute force opposition to it. Despite this the American people lionize the police who oppress them.

Institutional racism is intrinsic to such a system. The police’s brutalization of George Floyd is symptomatic of this institutional racism. Many of the veterans who join the police and go on to commit the kinds of brutal acts of violence witnessed in many of the videos uploaded to social media sites in recent weeks, suffer from PTSD.

Ritter doesn’t excuse battlefield trauma for these acts of violence:

“This isn’t occupied Baghdad where everybody in the street is a potential terrorist ready to set off a car bomb. And yet when they come back from Baghdad, that’s how they view it. We have guys who can’t drive down the street and see a bag of trash on the side of the road without going into a cold sweat thinking that it might be an IED. And yet we put a badge on them, give them a gun and put them out in society where there’s inherently a lot of friction. One of my big problems with the American police is the culture of violence”, says Ritter.

“I don’t blame the veterans per se. But when you’re uneducated to begin with, your ability to absorb complex problem solving skills is limited. We basically need to recognize that today we don’t have legitimate police officers. We have thugs with badges. Some of those thugs might be good guys, but they’re trained to behave as thugs, not trained to behave as neighbours trying to help neighbours.”

To change a culture where violence is the default position is difficult but not insurmountable. Ritter believes that, first and foremost, cops need to be recruited from local communities but that this will only work if the culture of criminality and corruption at the local level is broken. This can be achieved, Ritter argues, if the police are treated as professionals. 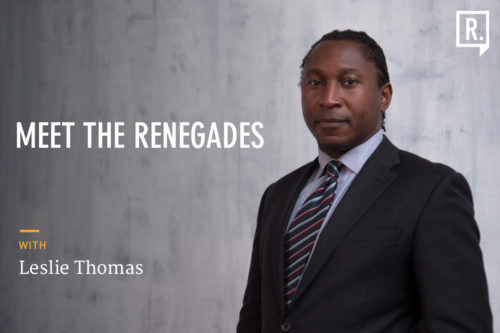 He says that the force need to be better paid and retrained to a higher educational and physical standard. He also notes that society has to be retrained to demand ‘more carrot’ and ‘less of a stick’ approach to policing which will result in a better use of resources to recruit better police to do a better job.

Finally, says Ritter, we need society to redefine criminal justice in order to redefine the police department. However, there is a tendency for politicians who are keen to take the path of least resistance to push back against these kinds of measures. Simple solutions to complex problems and the dumbing down of the electorate through the use of the weapon of fear that this implies, is commonly the preferred strategy of politicians whose main focus is to get re-elected.

As Ritter puts it:

“We create the notion of the criminal element, the need for a policing society, the need for prisons that society has to pay this to protect itself from being preyed on by this rampant, rabid criminal element. Once you infuse that thinking into society, you don’t have to explain anything. You just had to say ‘tough on crime’ and everybody goes, ‘oh, yeah, you got my vote’. “