The broad definition of propaganda is information, especially of a biased or misleading nature used to promote a political cause or point of view.

So what is the British taxpayer not being told about the ongoing war in Syria?

The political and media establishment narrative on Syria goes back to March 15, 2011 when the conflict began. It is a manufactured narrative centred on the notion that an oppressed Syrian population rose up against their dictator, Bashar-al-Assad, and that those uprisings were brutally crushed.

The claim is that this led to the spontaneous eruption of an indigenous armed rebellion that was again brutally crushed by the Syrian government and its Russian and Iranian allies, including Hezbollah.

But as Charles Shoebridge argues, the reality was far more nuanced than the simplistic Manichean narrative presented to the public.

The Arab Spring, says the security analyst, had erupted throughout the Middle East around the same time as the events in Syria.

This opened up a propaganda opportunity for the West – principally Britain, the US and France, but also their regional proxies such as Saudi Arabia, Qatar, Israel and the Wests funded and armed insurgents, all of whom have their own geopolitical agendas and interests. The ultimate goal of the imperialist powers, using democracy as a pretext, is the overthrow of a non-US compliant Syrian government and the fomenting of regional instability. 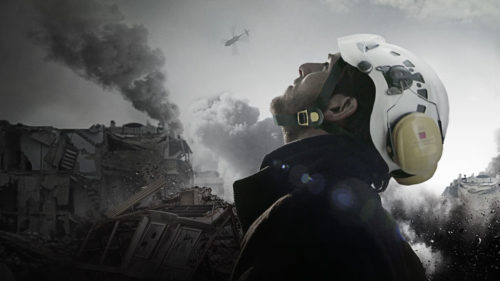 In order to get to the bottom of these competing narratives, Syria-based independent journalist, Vanessa Beeley, has taken numerous testimonies from reputable sources, including opposition members, inside the country. The conclusion Beeley draws is consistent with Shoebridge’s analysis.

While Saudi, Qatari as well as US-led coalition armed and funded insurgents, proxies and mercenaries – most notably, al-Qaeda and ISIS – use violence in order to destabilize the country, official opposition groups use peaceful means in an attempt to reform it.

In political and media establishment parlance, the former and their various terrorist offshoots are euphemistically termed ‘rebels’ or ‘moderate rebels’.

Beeley notes that the CIAs deep state Timber Sycamore Operation, signed off by former US president Barack Obama, is the channel through which the US trains and arms these ‘rebels’. In addition, the journalist argues that Britain, through it’s unaccountable Conflict, Stability and Security Fund stream is also implicated in this process. By using the cover of humanitarian ‘aid’, Foreign Office funds amounting to an estimated £2.8 billion have been funneled through the CSSF where they are diverted to the terrorist-proxy groups.

One such group is the Nusra Front-dominated White Helmets, ostensibly a rescue operation who occupy the Idlib province of the country. The group, says Charles Shoebridge, is largely a British invention whose purpose is to act as part of an information management (ie propaganda) operation to drive the kind of Manichean ‘bad guy, good guy’ narrative outlined above, forward.

Shoebridge exposes the anomalies that put the lie to Wests own propaganda:

“If the aim of setting up the White Helmets as a British invention was to be a rescue organisation, why are there no White Helmets in Gaza, in Mosul, in Raqqa, in Yemen? It’s because those countries and those places I’ve mentioned are all being bombed, not by Syria or Russia, but by Britain and its allies”.

Widely depicted in the Western media as humanitarian heroes who rescue stricken children from bombed buildings, the White Helmets are, in reality, a British intelligence entity created in Turkey and trained in Jordan. In addition, the organisations PR and media machine are indirectly funded, among others by Incostrat, an organisation run by former military operative, Paul Tilley and May Day Rescue.

The White Helmets then infiltrated, not into Syria, per say, but into areas occupied by Nusra Front-dominated proxies of the hostile nations. Given that the British tax-paying public fund the White Helmets who, Vanessa Beeley says, stand accused by Syrian civilians of a number of atrocities and war crimes, including summary executions of civilians, child abduction, organ trafficking, murder and theft, the journalist is at a loss as to why there has been no public inquiry into the organisation.Heading

Charles Shoebridge argues that, structurally, the White Helmets resemble a “money laundering operation” and says that the media and political establishments are waging an information propaganda war against the British people. Their characterization of Islamist extremist terrorists as humanitarian’s, and ‘rebels’ as democrats engaged in a struggle to overthrow a vicious dictator, has been integral to this.

From Beeley’s perspective, the principal beneficiary of all these shenanigans has been Russia who has helped shift the balance of global power in its favour. “As an invited ally of Syria, Russia has, quite rightly, demonstrated itself to be an honest broker, which the US and the UK have never been. I think the assassination of Kassim Sulemani and the decision by Iraqi parliament to basically kick America out of Iraq is a very important one. The American hold on the region is sliding. And I think, unfortunately, we will see it get a lot tougher before it gets better”, says Beeley.