The late fourteen hundreds saw the scramble of enlightened countries towards conquest of what was once known as “the new world”. Fuelled by the righteous notion under the banner of religion – God, Europe was to civilise the native populations of these new found territories.

To fund this conquest, gold was needed, gold to pay for ships, armies, and most importantly to enable the fast advance into, and claims of new territories away from the scorched battlefields of Europe. With these advances, the flags of European countries would claim glory back home, supremacy and exceptionalism over other nations and civilisations.

The rhetoric and reality

This blind adherence to conquest, to god, gold, and glory, was to determine the course of history over the coming three centuries, until the triumph of democracy in the American revolutionary war established order under individual rights of life, liberty, and the pursuit of happiness.

Away from the context of “the new world”, and with so much progress it is difficult to have assumed that this rhetoric could re-emerge. However, what is being dubbed as “Republican” politics in the United States holds many parallels to the old conquest fuelled rhetoric. The interplaying elements paralleling this re-emergence, though, would otherwise be rationally opposing doctrines of thought for this day and age.

The most persistent of these elements remains that of God. Religion has persisted in providing a self-righteous clout of judgment to fuel reactionary political stances of any sort. Be it gay marriage, immigration, or even things as farfetched as consumer product branding, as seen in the now notorious “War on Christmas”.

In the context of Republican politics, religion is stripped of its communal values of love thy neighbour, and is instead presented as an element of moral identity central to the American “way of life”. As such “God” is no longer used as a unit of self-measurement, but a yardstick against which conformity and judgment can be rightfully delivered, or used to undermine anyone with alternative reasoning.

Central to the “American way of life” is also the covenant of the free market economy, and this is where it gets tricky. Liberal economics is in of itself the holy grail of individualism, aimed at celebrating individual differences and merit as the way forward for innovation and progress. Gold, in the liberal economic world, is no longer an issue of material belonging or ownership, but the coupling of personal ingenuity and market circumstance. The very fabric of the American dream is then based on the notion of individual ability, irrespective of economic background, race, and religion, but this is a far cry from the proposition put forth by “God”, as interpreted by Republican politics.

The clash between these two elements reveals and ugly differentiator between the rights of economic and personal liberty as protected under liberty. And a deeper fragmentation based on moral belonging away from constitutional law.

Republican politics of late take this divide and fuel it to create an exceptionalist status of those who have succeeded in the American dream who also possess the “correct” moral dimensions. These individuals are then used to glorify the success of selective policies that agree with Republican dimensions. Glory, then becomes an unwavering allegiance to the policies that have resulted in such successes.

Consequently, American nationalism is not a belonging to the current rule of law, or to the constitution as the cornerstone of American democracy, but rather to the selective ideals that belong to the few who have already been able to succeed – Patriotism. Ironically this is the case even for those who have not directly succeeded as a result of republican policy, but who simply hold the same views.

God, liberal economics, and exceptionalism have then become the cornerstone of Republican politics. A scary trifecta that is far gone from any notions of constitutional law that have defined American democracy and put an end to God, Gold, and Glory. The blind adherence to those three elements puts the system it creates ahead of individual rights, ahead of liberal values, and creates a sense of nationalism that is not only dangerous for domestic sustainability but also the global standing of the United States.

Most worrying about this shift in Republican rhetoric is the cascading effect it is having on the individual level. Republican rhetoric is propagating the notion that it is ok to be selective with what parts of the constitution should be upheld, and what kind of economic rights individuals should have. This selectiveness makes it acceptable for individuals to alienate and demonise others who do not align with their own personal practices and opinions as non-patriotic.

With the support of such actions the Republican Party has somehow found itself blindly proposing the antithesis of the very rights put forward by democratic doctrines. And as such, has made its policies representative of the same exceptionalism that made the horrors witnessed during the age of conquest permissible. 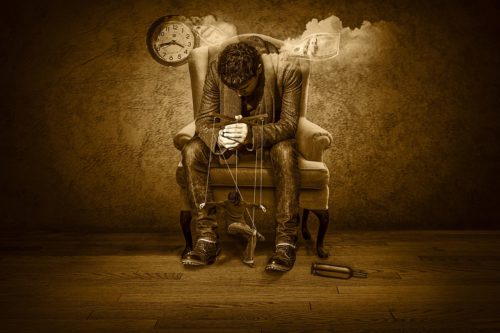 The Golden Question – Time vs Money