I Wish I’d Been in That Meeting: Phone Shop Idol

What sort of thinking would shape the commissioning of a six-part documentary series for the 10pm Tuesday evening slot on BBC2? It’s a tricky slot to fill. It has traditionally belonged to light entertainment (cheap TV filler). But the problem for BBC 2 is, it’s not that cheap anymore. The popular smug trivia show Q.I. fills that slot, and Stephen Fry ain’t cheap. Russell Howard too, and there’s wage inflation competition from Comedy Central for the likes of him. The rest of the week it’s populated with generic comedy celeb panel games, but even cheap celebs start to get pricey when there’s three each side plus the host. And a live studio audience. Clearly, in the age of austerity, a memo has been passed around BBC 2 to make deep cuts… and so we have Phone Shop Idol.

Scan the listings. Everyone else with a cost-cutting commissioning bent has filled this time slot with syndicated reality TV / drama / crime shows.  Commercial channels know buying-in syndicated US filler is the only way to get drama or comedy shows on the cheap. But the Beeb can’t buy-in that much syndicated stuff, License Fee etiquette requires output to be around 70% home grown. It’s a thorny problem.

But wait… there are documentaries on Channel 4 and 5 HD at that time. They can be very cheap if you’re smart about it. Reality TV is cheaper still, but after an endless churn of Reality TV howlers that eventually sunk BBC Three (like Help My Dog Is As Fat As Me) cost-cutting commissioners have to tread very carefully on that front… hmmm… why not go for documentary-lite?

And so, documentary-lite series producer/director, Martin Fuller (of Wife Swap and The Diets That Time Forgot fame) brings us Phone Shop Idol, following a handful of mobile phone salespeople as they compete for a duff retail industry award. It was the “critic’s choice” in Radio Times (the BBC’s Pravda). But this is no documentary. It’s more like The Hunger Games for shop assistants.

What makes it worse is the way it’s filmed, in the style of The Office. The tone of the voiceover is contrived and ironic. The camera lingers on people who’ve run out of things to say, which makes them look vacuous. It’s not merely exposing the demeaning tasks the contestants are asked to perform by the judges, such as reciting company brand values like cult members, or being asked to sell an item they’ve never seen before (which nobody ever does) to test their shop-floor chutzpah. No. It’s meant to make us snigger at people stuck on the lower rungs the career ladder.

It’s not entertaining. It’s schadenfreude. Like it was spawned by middle class media studies graduates, furiously scribbling words like “budget cuts” “wage slaves” “gadgets” and “product placement” on a whiteboard.  But despite the cynicism with which it’s produced, Phone Shop Idol successfully illustrates how dreadful life can be… if you have to compete in a cutthroat industry, debasing yourself for a load of crap nobody really wants, at the behest money-obsessed corporate bosses. Sounds a bit like filling the 10pm Tuesday night slot on BBC 2 actually… wait a moment… this isn’t just a bad TV show, it’s a cry for help from the people who commissioned it! 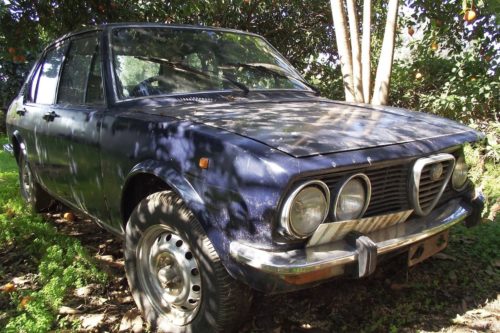 I Wish I’d Been in That Meeting: Volkswagen