I Wish I’d Been in That Meeting: Top Gear

Imagine what sort of grim circumstances would drive a top TV executive, placed in charge of a hugely successful global TV franchise like Top Gear, to walk out just a couple of months before the new series is due to air. Got to be serious, right? When you consider the relationship between the public broadcaster and its lucrative subsidiary BBC Worldwide, and the complex bundle of licensing deals and spin off products that Top Gear has become… well, the whole thing looks a bit Lehman Bros.

Consider this: No matter how much trouble Jeremy Clarkson got into, the BBC kept him on. He didn’t attract the usual outraged TV viewer complaints (about on-screen nudity, foul language, violence, blasphemy, etc.). There were multiple accusations of racism, sexism, homophobia and environmental vandalism over a 12 year period. The sort of bad PR that’s killed off the careers of bad boy rock stars, but Clarkson, Hammond and May endured. With big pay rises. And, in Clarkson’s case, seven-figure dividends from the joint venture company he set up with BBCW. It took a fracas (alleged assault) before the BBC ran out of plausible deniability and gave him the push.  How come?

Well, BBCW was making big profits from Top Gear (estimates vary between £30m – £67m per year). BBCW even bought the JV company outright. So let’s see… BBC2 invested License Fee money in a high budget show, created a complex bundle of spin-off products via a subsidiary, then effectively insured the subsidiary’s profits by keeping the show on air, come hell or high water. That sounds strangely familiar… it’s not wholly dissimilar to the circumstances surrounding the collapse of Lehman Bros and the near collapse of their Credit Default Swap partner, AIG. It’s creating a complex, high-risk investment products, then insuring them against loss with a counterparty that is over exposed to the same investment products.

Top Gear’s cash cow status was boosted by a decade of media attention on the Clarkson trio, baiting the politically correct media establishment. Keeping it on air for 21 seasons kept the profits up for BBCW and delivered strong viewing figures for BBC2, but it also index-linked the show’s future to more controversy (no such thing as bad PR, right lads?) But without the presenters’ riské antics, Top Gear would be just another motoring-themed entertainment show. Channel 5 struggled to make a buck on the old Top Gear spinoff, Fifth Gear, and BBC2’s other efforts (like Quentin Wilson’s The Car’s The Star) were similarly low earners. Motoring entertainment shows are an asset class that don’t yield big profits, which is why most are Discovery Turbo channel fodder, low budget, syndicated cable and satellite stuff.

Worse still, the cash cow team are coming back on Amazon Prime, streaming on-demand, pre-packaged for global syndication. An agile business model the bureaucratic BBC can’t match. This leaves the Beeb with a product they spent a fortune to own but was effectively rendered worthless overnight. The New Top Gear top job is basically getting paid to watch the viewing figures and revenues crash… whilst the audience is downloading the triple act (that the BBC made household names) from a competitor. 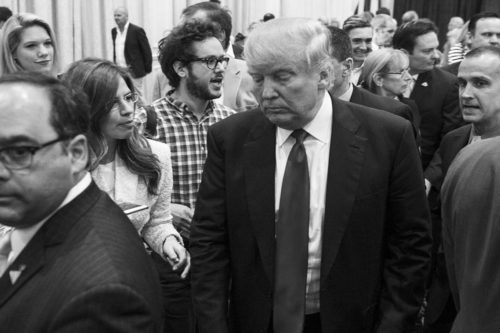 I Wish I’d Been in That Meeting: Breitbart Implodes Under Weight of its Own Irony