I Wish I’d Been in That Meeting: Breitbart Implodes Under Weight of its Own Irony

I wish I’d been in that meeting. You know, the one where Breitbart news executives experienced an existential crisis. That’s quite rare for a news network.

Breitbart was an independent conservative news network when it started. In more recent times, it has become a platform popular with a libertarian audience, known for baiting the politically correct media establishment, feminists and all things liberal. It has also thrown its weight behind the Trump campaign.  Imagine the crisis, then, when one of its Trump campaign reporters gets manhandled by Trump’s campaign manager… conflicts of audience interest don’t come much more ironic than that.

It started when Breitbart staffer Michelle Fields accused Trump campaign manager Corey Lewandowski of bruising her arm whilst shoving her out of the way at a campaign rally. It was inconclusively caught on camera, but witnessed (and reported) by a Washington Post reporter. Trump and Lewandowski denied it and accused Ms. Fields of making the whole thing up.

At this point, you’d be forgiven for wondering why this would be considered problematic. After all, similar complaints against political staffers crop up in most elections all over the world. Cameras get broken, people get shoved backwards over railings, elbows give reporters black eyes. From the BBC to the Wall Street Journal, these are considered correspondent war stories and seldom come to much.

But a reporter, especially a female reporter, complaining about Trump represents a huge ideological problem for Breitbart’s contrarian staff and fans. Both regularly accuse the liberal media of exaggerating reports of violent incidents featuring women, muslims and equal rights protesters at Trump rallies. But inconveniently for them, it’s not some politically-correct liberal complaining this time, it’s one of their own.

Ms. Field’s reporting of the event has thrown the whole company into a minor, but nevertheless very public, civil war. Rather than respond in a structured, reasonably objective fashion (like other news organisations do) Breitbart erupted into internecine name-calling and flurry of resignations.

Ms. Fields published her own account on Breitbart, which was then debunked by fellow campaign reporter Matthew Boyle. Editor-at-large Ben Shapiro defended her and resigned, company spokesperson Kurt Bardella also resigned, both claiming Breitbart has been subverted by its Trump supporting management. 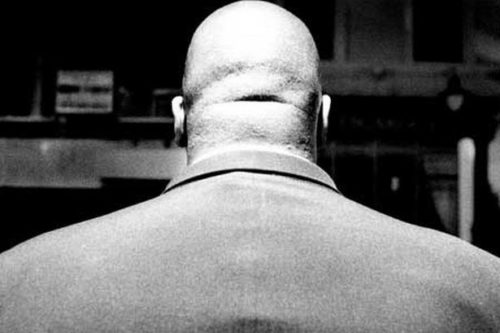 I Wish I’d Been in That Meeting: The Bailiff Racket

A column was posted, mocking Fields’ complaint by Joel Pollack, another editor-at-large, but was then taken down and replaced with a grovelling apology. Pollack was also caught instructing staffers to stop taking Fields’ side (in leaked internal chat-room transcripts). Yes, there’s a whistleblower in their ranks too. A staff exodus is predicted and competitor news organisations have pushed the story to the top of the media gossip chart.

On Twitter, things have taken a predictably grim turn. Breitbart / Trump fans take to the offence, calling Ms. Fields a liar and issuing the usual threats of rape and murder (claimed to be robust, humorous free speech not actual threats, although it’s impossible to be sure).

Fields and Shapiro, meanwhile, are giving TV interviews trashing Breitbart. Eventually, friends and colleagues of the deceased founder and respected journalist Andrew Breitbart start speculating that he would be outraged at the woeful state of his eponymous publication. In particular, allowing one of its own staff to be called a liar in public by any political candidate. After all, Breitbart’s founding mission was to hold everyone in public life to account, regardless of who they are.

The political campaign pages of Breitbart are now filled with contradictory reports about Breitbart itself. They have become the news, rather than report it, which is universally acknowledged to be the worst possible outcome for a news organisation.

What this reveals is disturbing news for Breitbart’s management. In recent times they have carved out a niche as the controversial, outspoken organ of the libertarian right. They have a loyal following that is angry at mainstream media and politics. They have editorial staff, columnists and supporters who refer to feminists as ‘sexist against men’ and equal rights campaigners as ‘racist against whites’. It is unashamedly biased, often worded to offend, and dismisses the people they offend as humourless ‘social justice warriors’. It’s understandable why both staff and fans have become dominated by Trump supporters.

And now they face an impossible dilemma:  Take the side of a female employee against Trump, or publicly denounce one their own reporters… which means by logical implication, questioning their own credibility as a trustworthy news organisation.

What were they doing, allowing an anti-Trump liar to report on the Trump campaign in the first place? Or… oh.

In simple terms, a basic requirement of a news organisation is being able to report the news, and comment upon it, without suffering a major internal meltdown because reporting the story with any sense of objectivity will offend your audience.  After all, when your editorial regularly decries the death of free speech at the hands of the liberal media, you really can’t deny your own staff that same freedom, which is, of course, precisely what has happened at Breitbart.

That must have been something, the editorial staff that champions the free speech of Donald Trump and his supporters… caught red handed trying to gag their own reporters when it comes to reporting a negative story… about Donald Trump.

That’s one hell of a mess, regardless of where your political allegiance lies. I wish I’d been in that meeting…