I Wish I’d Been in That Meeting: Sad Men

I wish I’d been in that meeting. You know, the one where advertising giant Ogilvy decided to launch a new internship programme called “The Pipe”. Read the application page and you’d think this was a golden ticket to meet Willy Wonka. A top flight global creative elite is giving the plebs a chance? How great is that? No previous experience required, no age limits, it’s like Eton offering scholarships to kids and OAPs off a council estate in Jaywick.

Or at least, that’s what they want us to think. But dig a little deeper and this campaign reveals three uncomfortable truths about the advertising industry that the Mad Men would rather you didn’t know. This internship competition isn’t a chance to get inside Wonka’s magical factory, it’s more like a last ditch attempt to hire in some honest people at Lehman Bros… just before the global economic meltdown.

The great myths of advertising #1: Advertising is anti-establishment.

The Pipe makes much of a quote by David Ogilvy that advertising talent is “most likely to be found among nonconformists, dissenters and rebels”. This is one of the ad industry’s greatest achievements, pitching itself as the Ché Guevara of commerce, but it’s nonsense.

Back in the 1950s and ‘60s, when mini-skirts, pop records and jeans were expressions of the counterculture, the new wave of consumer advertising was perceived as a threat to the post-war establishment. It gave the advertising industry the appearance of challenging the social status quo. But the advertising industry was never rebellious or nonconformist, it merely prospered where the counterculture met mass market retail shopping.

It was the stock market – not Woodstock – that made advertising a success.

These days, advertising is part of the corporate establishment. They don’t want rebels, dissidents or nonconformists. They actually want free market capitalism’s true believers to stimulate demand for products and services. They used to sell us cigarettes and Jimmy Saville, they’ve sold us bulimic models, they’re still selling fast food obesity, carbon emissions, fashionable clothes made by Asian children in sweatshops, PPI schemes, Donald Trump and everything in-between. Ogilvy works with Coke, Nestlé, Unilever, Ford, American Express, Barclays and sub-prime scandal-magnet US mortgage lender Quicken Loans. Plus pharmaceutical giants, private healthcare firms, banks, insurance, investments, IBM and so on. Ogilvy aren’t rebels, they’re not sticking it to the man, they are the man.

They are sweatshops. Take The Pipe project, for example. They clearly state that this is no “work experience” project. “This is work.” says the blurb. “And you will be worked hard.” Lunch is for wimps, right?

An Ogilvy spokesperson said it’s looking for diversity, from 18 year olds who can’t afford a university place to retired 65-year-olds looking for a new challenge. That sounds enlightened, progressive and inclusive, doesn’t it? Well it’s not. From a shortlist of 200 applicants, 50 will get a chance to respond to a brief, and 14 lucky winners will receive a 6 month creative internship. Paid £9.40 per hour. That’s about half the average salary of someone working at Ogilvy in London, and about a third less than a full time junior creative at the company. At the end of the 6 months of “brain-wringing, finger-cramping, heart-twisting work” you might be offered a further 6 month contract as a junior creative. Possibly even a full time job.

In other words, The Pipe is a competition for a full time junior creative job at a sub-market salary with no full time employee bonus or workplace benefit entitlements. A contract with no prospects other than a vague promise it might lead to something. That’s not innovation, it’s exploitation. And 14 places in a company of nearly 23,000 people worldwide is about 0.06% of the workforce. That’s not a drive for diversity. It’s the advertising industry equivalent of The Hunger Games for working class teenagers and OAPs.

Advertising execs narcissistically waffle on about being creative, but in reality their big ideas and Hollywood style campaigns aren’t where the money comes from. If you look at the big picture for Ogilvy’s corporate parent, the WPP Group, and the ad industry as a whole, there’s some very dark clouds on the horizon.

WPPs financials are strong, but the man behind their success, Sir Martin Sorrell is due to step down soon. He’s also facing a shareholder revolt over his excessive pay settlements. He’s the highest paid chief of any FTSE 100 company, with a deal that pays him 1,444 times the average employee salary in the group. Last year, his remuneration package topped £65m. At the same time, WPP’s debts rose £701 million last year and are now totalling a staggering £3.7 billion. That’s got a whiff of disgraced RBS CEO Fred “The Shred” Goodwin about it, hasn’t it?

Mostly VC-backed start-ups in a saturated ad-tech market that looks a lot like the .com bubble. Like banks acquiring Fintech companies. And WPP has also spent billions on share buy-backs and consolidation. Lehman Bros and Bear Stearns also employed this strategy before they went belly-up.

WPP’s strategy is clear. They’ve compensated for falling sales in traditional media with technology platforms. They now own a big slice of the computerised marketplace that trades ad space on Facebook, mobile phones and websites. But online and mobile ads are increasingly being blocked by users and phone providers, causing financial chaos. It is pushing many media owners to warn of a slow down in digital ad revenues over the next five years with blockers costing billions in lost display ad revenues. Which is worsening the already crippling effects of declining print and TV revenues. Even the mighty Daily Mail and General Trust group (DMGT) issued a warning to investors in May 2016 after reporting a 29% fall in profits. That’s the financial crisis elephant in the ad agency room, and it’s trampling all over the bean bags, Lego and superfood smoothies in their “ideation zone” (or “staff canteen” as it used to be called). 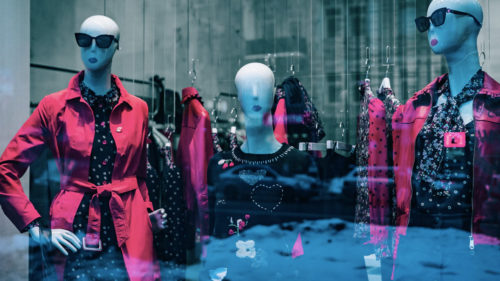 The economic reality of the advertising industry is that it doesn’t make much money from creativity. Its big revenues stem from a high risk world of ad space arbitrage, mechanisms akin to high frequency electronic stock trading, auctioning underpriced ad space assets, re-targeting digital ads, making a buck from the differential in exchange rates on global media sales. It’s a complex, ferociously competitive marketplace. These modern advertising giants have more in common with hedge funds (and their current performance and fee structures) than Mad Men, not just in terms of personnel, but in terms of risk. And – like Hedge Funds – their marketplace is teetering on the brink.

The inconvenient truth about advertising.

In reality, The Pipe is a just another advertising agency PR stunt to show the world what rude health the industry is enjoying. But you can’t help thinking Ogilvy and their elite band of agency cronies are merely strutting their stuff like the casino bankers on Wall Street before the 2008 crash. However, unlike the banks, there’s no quantitative easing or bailouts on the cards for the Mad Men. Even Martin Sorrell is warning of slow downs, financial tsunamis and mediapocalypses. It’s hardly surprising WPPs shareholders are revolting. These advertising giants aren’t too big to fail. They’re just too big.

Watch this space. And if you work in advertising, it’s probably best to avoid the rush and grab a spot on the window ledge now. Before one of your colleagues sells it via a trading algorithm to the highest bidder… for a fraction of a penny profit.