The 30 minute documentary film Killing Us Softly (1979) based on a lecture by Jean Kilbourne focuses on the effects of advertising on women’s self-image and the objectification of women’s bodies.

Kilbourne argues that the superficial and unreal portrayal of women in advertising lowers their self-esteem and that sexualized images of them are being used to sell virtually all kinds of goods.

Kilbourne posits that these images degrade women, encourage abuse, and reinforce a patriarchal and sexist society. She also makes the connection between advertising and pornography, stating that “the advertisers are America’s real pornographers”.

Almost four decades after the release of ‘Killing Us Softly’, Kilbourne discussed some of the issues in her film to a new audience of young people. Significantly, she says that since the film’s initial release in 1979 “things have got worse, not better.”

The tragic case of 21 year old bulimia sufferer, Eloise Perry, emphasizes Kilbourne’s point. On April 12, 2015, Ms Perry sadly died at the Royal Shrewsbury Hospital one week after having swallowed eight unlicensed fat-burning pills that she purchased from the internet.

The pills, which the Food Standards Agency describe as being illegal to sell for human consumption, contained DNP, an industrial chemical historically used in the manufacture of explosives and fungicides. Website companies who sell this chemical depict DNP as a fat burning product and some even use the tag line “getting leaner through chemistry” as a marketing tool.

The social pressures for young women (and increasingly young men) to conform to certain expectations placed upon them by the media are immense. The upshot is that they are involved in a constant psychological battle between myth and reality.

In Britain, for example, the average size of a woman is 16 but the ‘aspirational’ size is zero – an unobtainable goal.

The contradiction between reality and aspiration and the weaponization of feminism is undermining many of the gains that women made in the debates of the 1960s and 1970s. What Ariel Levi terms “raunch culture” – the sexualisation of women as sex objects – is another symptom of the undermining of these gains. 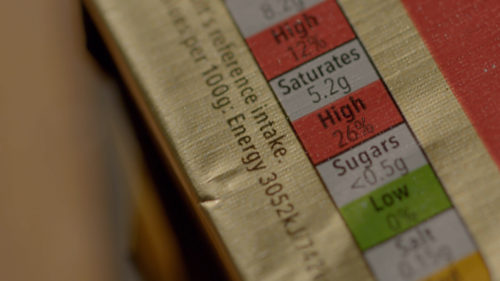 The normalization of sexist imagery in pop videos and television commercials and the sexualization of young girls clothes, is another illustration of raunch culture outlined by Levi in which fantasies, desires and ambitions are transformed into commodities to make money.

The growth in cosmetic surgery is another factor that increases expectations on women’s appearances.

Ninety-one per cent of cosmetic surgery is undertaken on women of which the most popular is breast enhancement. I was astounded to learn that in the U.S it’s widely considered normal practice for girls to be given a breast enlargement as a graduation present.

This would seem to suggest that mental illness, of which eating disorders are a reflection, is to a large extent symptomatic of the growth of the consumerist capitalist society in which human relations are objectified. In Marxist terms objectification is the process by which human capacities are transferred to an object and embodied in it.

Young females who read fashion magazines tend to have more bulimic symptoms than those females who do not – further demonstrating the impact the media has on the likelihood of developing the disorder. As J. Kevin Thompson and Eric Stice have shown, individuals first accept and ‘buy into’ the ideals set by fashion magazines, and then attempt to transform themselves in order to reflect the societal ideals of attractiveness.

The thin fashion model ideal is then reinforced by the wider media reflecting unrealistic female body shapes. Consequently, dissatisfaction, coupled with a drive for thinness, is thought to promote dieting and its negative affects, which could eventually lead to bulimic symptoms such as purging or binging. The latter leads to self-disgust which causes purging to prevent weight gain.

In other words, less thin ideal images portrayed by the media resulted in less thin ideal internalization. Therefore, Thompson and Stice were able to conclude that there is a direct correlation between the media portrayal of women and how they feel about themselves.

Social media is also a contributory factor. A 2014 two part study into influence and risk for eating disorders indicates a close correlation between Facebook use and the maintenance of weight/shape concerns and state anxiety compared to an alternate internet activity. Research by Colleen Jacobson and Cynthia Luik suggests an etiological link between eating disorders and the tendency towards self-harming [now referred to as Non Suicidal Self Injury (NSSI)].

The Department of Health estimate that 4 million people in the UK are directly affected by eating disorders due to the huge level of unmet need in the community. Reports suggest that as many as 8 per cent of women have bulimia at some stage in their life. The condition can occur at any age, but mainly affects women aged between 16 and 40 (on average, it starts around the age of 18 or 19). It is estimated that up to a quarter of Britons struggling with eating disorders may be male.