They say things like: “If the total size of the money supply was fixed then there is no possible source of money for paying interest.” This may be followed by: “So this proves that the money supply is forced to increase forever, otherwise borrowers could never pay the money back.” They suspect that a proportion of borrowers must on aggregate, by definition be unable to repay the interest. This view is very widespread and has been stated in numerous popular articles and videos on YouTube.

This view is however, mistaken. The key thing to note is that the interest paid does not simply accumulate at the bank. Nobody runs a business in order to just make a pig pile of money to keep in a safe. The banks spend the money back into the economy through staff wages, running costs and dividend payments to shareholders. All these outflows of money will ultimately be spent on real goods and services produced by the rest of the economy. This flow of money is a source of money for the interest payments.

You can get an idea of what is going on by imagining an economy with a fixed money supply. The figure below shows a hypothetical flow of the money in the economy. The flow marked “trade” and is simply the money circulating back an forth between households and industry as people earn money and spend it on what has been produced in the factories.

At the same time the loan interest payments are equal to the spending by banks (those staff wages, running costs and dividend payments to shareholders).

As you can see, the flows can balance. Nothing is broken, no new money needs to be added to pay the interest. The system can continue indefinitely.

A more realistic model of our monetary system has been simulated on computer by Professor Steve Keen of the University of Western Sydney. His simulations also show that there is no problem repaying interest, even if the money supply is constant.

The fact that there is no in-built mathematical paradox to avoid when paying back interest does not necessarily guarantee that all loans will be paid back; far from it. If someone borrows a large a sum on the basis that they expect healthy future income to repay the interest there is always scope for things to go wrong. They may lose their job, or they may become ill; perhaps their business plan was flawed and the product they are making proves unpopular. Any of these problems may lead to a situation where the loan repayments are larger than the borrower can ever reasonably pay back. This is possible even if the loan was interest free.

In conclusion we can now see that it is not essential for the money supply to grow in order for interest payments to be made on loans without defaults. There many problems caused by fractional reserve banking, some of them severe, but inherently unpayable interest is not one of them.

From a Renegade Correspondent – Michael Reiss 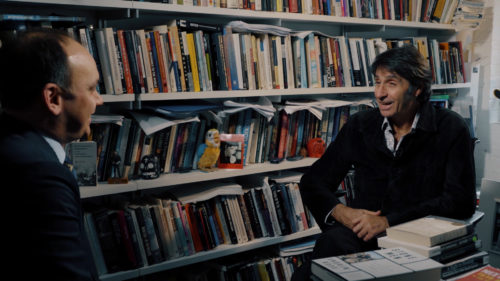