It is a sad indictment on modern politics that the long-standing socialist, Ken Livingstone who fought most of his political life fighting racism has, at the time of writing, been hung out to dry by a political party he had been a member of for decades. 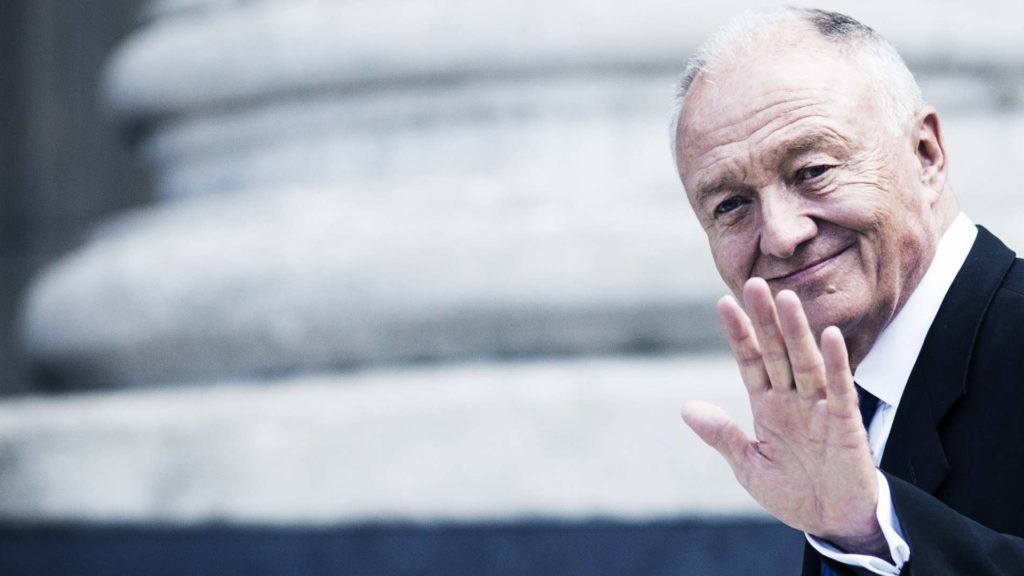 Had Ken not formerly offered his resignation, almost certainly he would have gone the way of another veteran anti-racist activist, Marc Wadsworth, who was expelled from the party ostensibly for ‘anti-Semitism’ but more accurately for bringing the Labour Party into disrepute.

It could be reasonably argued that on the latter grounds, Wadsworth’s suspension was justified given that he had inappropriately verbally attacked a Labour MP during a press launch showcasing an important report. But then this begs the question why it is the case that the 80 Labour Friends of Israel members whose actions undermine social democratic values within the party have not been expelled for what are obviously far more serious offences?

Wadsworth’s ‘affront’ to the party hierarchy was, not that he should have pursued a more suitable avenue in which to attack his target, but that the said target was former British Israel Communications and Research Centre (BICOM) employee and Israel lobbyist, Ruth Smeeth MP. Any hope that Wadsworth would receive a fair hearing was dashed the moment his Israel lobby critics unjustly accused him of anti-Semitism.

50 right-wing and pro-Israel parliamentarians proceeded to intimidate Wadsworth at his hearing by effectively demanding his political lynching. A similar show trial scenario predicated on yet more spurious anti-Semitism charges would almost certainly have been used to drive Livingstone out of the party had he decided not to voluntarily resign in the manner he did.

The kind of McCarthyite hounding of anti-racist and pro-Palestinian activists from the party in recent years is indicative of the attempts by the Labour hierarchy to purge of all prominent anti-Israel activists as part of the Israel lobbyists broader attempt to undermine pro-Palestinian, Corbyn.

So why hasn’t Corbyn come to Livingstone’s defense?

It appears that Corbyn and his strategists have made the political calculation that continuing to appease a hard core of neoliberal war mongers both within the party and in the corporate media is preferable to taking any principled stand against them on the premise they will eventually see sense. But such hopes appear fanciful. Nothing Corbyn says or does, for example, will satisfy political commentators and arch Corbyn critics like Nick Cohen, John Rentoul or Dan Hodges.

“I think if Jeremy Corbyn ever wins an election Ken Livingstone will be welcomed back.”
The presumption is that Corbyn would defend his ‘racist’ friend no matter what and that he should of by-passed the parties democratic procedures in order to have expelled him. In the end, Livingstone went before he was pushed. Either way, Corbyn refused point blank to defend Livingstone. But that still wasn’t good enough for Hodges.

In other words, Corbyn is in a ‘no win’ situation. This perspective equally applies to many of his own MPs who would rather back the government position on important issues as opposed to supporting the leader of their own party. One of the most prominent, John Mann, was the MP who initially set Ken Livingstone up on fake anti-Semitism charges and then blamed Corbyn for not expelling him without due process.

This conveniently overlooked the fact that Corbyn has demonstrably done a great deal in terms of setting in place internal procedures in which those accused of anti-Semitism are able to be more readily dealt with. Corbyn has recognized the Labour Party has an anti-Semitism problem and both he and John McDonnell have been at pains to point out that those accused will be dealt with as swiftly and as fairly as possible.

The Chakrabarti report alone is evidence that Corbyn in less than three years has done far more than his critics, both in and out of power, have managed in decades. One of the key critics in recent times has been Corbyn’s predecessor, Ed Miliband, who failed to introduce any extra measures to deal with complaints of anti-Semitism, but paradoxically has joined in the chorus of criticisms against Corbyn’s apparent inability to tackle the problem.

Anti-Semitism, as with all forms of racism, is a societal problem. It, therefore, follows that an element of racism is bound to exist within political institutions that form part of the said society.

The crucial question then is not that anti-Semitism exists in a party comprising hundreds of thousands of members, but rather whether the problem is endemic and/or disproportionate compared to other political parties and wider UK society as a whole.

The aspiration to stamp the problem out completely is worthy but unrealistic. Yet this is what Corbyn’s critics uniquely task him with. The implication is that anti-Semitism is more prevalent within the Labour Party compared to other political parties in the UK. However, this notion does not stand up to scrutiny.

What also doesn’t stand up to close examination is the claim anti-Semitism is more prevalent compared to other forms of racism in UK society. A survey by Pew, for example, found that 7% of the UK public held “unfavourable” views of Jews. By contrast, about a fifth held negative views of Muslims and almost two-fifths viewed Roma people unfavourably.

In the aftermath of the massacres in Gaza in 2014, the London Metropolitan police recorded 358 anti-Semitic offences. 273 of these were online, 36 involved criminal damage and 38 constituted “harassment”. Eleven cases of assault were recorded in which four resulted in personal injury. 180,000 offences in these categories were recorded within the wider population throughout Metropolitan London. In other words, attacks against Jews in 2014 against a backdrop in which Gaza was being pulverized, made up only 1 in 500 of the total, while they made up around 1 in 86 of the population of London as a whole.

In response to a moral panic about ‘left anti-Semitism’ seemingly expanding without limit, a loosely-knit group of Jewish Labour Party supporters, Free Speech on Israel, met for an inaugural gathering in April, 2016. The 15 member group, which included Emeritus Professor of Operational Research at the London School of Economics, Jonathan Rosenhead, found that over their lifetimes they could muster only a handful of anti-Semitic experiences between them. And, crucially, although in aggregate they had hundreds of years of Labour Party membership, not a single one of them had ever experienced an incident of anti-Semitism in the party.

These experiences would appear to tally with the findings of the Channel 4 Dispatches programme. Despite filming undercover for 6 months at political meetings in an attempt to discredit Corbyn, the programme-makers could not find a single incidence of anti-Semitism among party activists.

As one independent commentator put it, the mainstream media furor centred on Corbyn  “is not about anti-Semitism; but removing a person who does not support Zionism from a position of influence.”

The anti-Semitism ‘debate’. therefore has, and continues to be, a political weapon with which to attack the Labour leader. Leading the attacks have been the corporate ‘mainstream’, who have been complicit in the systematic attempt to disorientate Labour Party members and supporters by either printing misinformation or reproducing unsubstantiated accusations and smears against individuals. This has helped foster a false anti-Semitism narrative based on unjustified fear.